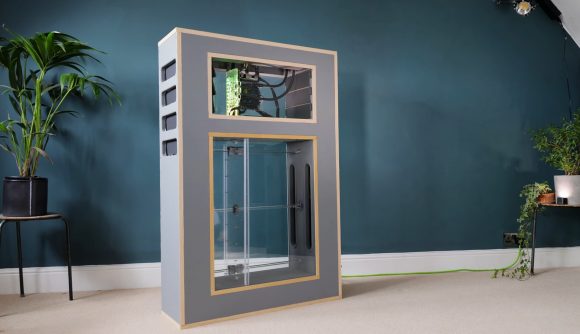 Creating a truly fanless gaming PC is no small feat, as passive cooling methods often result in higher temperatures that don’t work quite as well as their fan-cooled counterparts. Dissatisfied with this compromise in their quest for a silent rig, YouTuber DIY Perks built their own ‘breathing’ thermal solution using a magnet-powered bellows system to chill components.

It’s still an air-cooled gaming PC, but instead of using the small blades of a fan, it shoves a larger surface area of air using a sizable acrylic panel. With motors instantly out of the question due to the noise they make, DIY Perks turned to magnets, water pumps, and a good understanding of both physics and engineering to shift the panel from side to side with enough force to cool everything.

Not only does it look like a work of art in its own right, but the temperatures are staggeringly good. DIY Perks didn’t showcase in-game benchmarks, but the 16-core AMD Ryzen 9 5950X sat at a reasonable 60°C in Prime95 and the Zotac RTX 3080 topped out at 60°C in FurMark. The rest of the system is rounded off with an Asrock ITX motherboard, 64GB of Crucial Ballistix DDR4 RAM at 3600MHz, and Alphacool waterblocks for the gaming CPU and graphics card.

If you build one of your own, you likely won’t be able to take this PC to a LAN party, and not just because of its behemoth size. The components inside are fragile and easily broken if not handled with the utmost care. The YouTuber experienced this first-hand with the initial acrylic tube shattering when piecing it together. 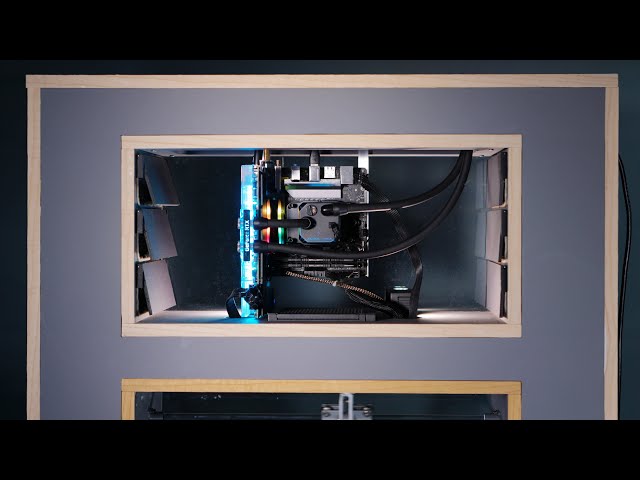 As DIY Perks notes, this is a first edition with plenty of room for improvement, starting with a better mechanism for the air vents – which currently thump when they close. It’s fascinating to watch such an idiosyncratic build come to life, with the end result being as mesmerising as the pendulum inside a longcase clock.