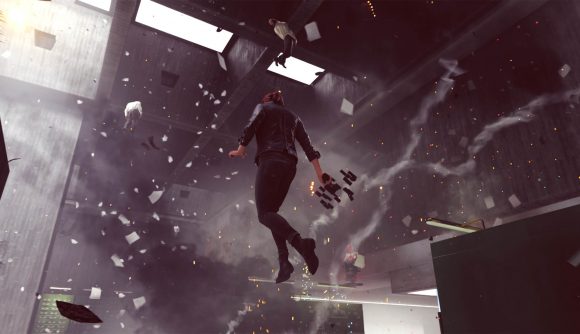 Nvidia’s deep learning supersampling (DLSS) didn’t get off to the greatest start. With it producing blurry lines and flickering hair strands instead of crisp images, other resolution scaling techniques were often opted for. But Nvidia has been working hard on an entirely new version of DLSS, and, in a recent press briefing, claims this new DLSS 2.0 “looks similar to, or in some cases even better than that of native rendering, and yet is higher performance.” Oh yeah, and it’s already set to be added to Mechwarrior 5 today, and to Control later this week.

The first steps towards DLSS 2.0 were seen in the release of Control, but this wasn’t full-fat DLSS 2.0. Tony Tamasi, senior VP of content and technology at Nvidia, tells us that “Control used some of the concepts of DLSS 2.0,” but this was “implemented in a different way.” The new way of implementing DLSS will be what leads to its increased render quality and performance. Nvidia has also confirmed that Control will receive a new update that will integrate DLSS 2.0.

And considering Control underwent what might be considered the ‘DLSS 2.0 beta,’ it makes sense that this game will be one of the first to receive it. Wolfenstein: Youngblood and Deliver us the Moon already both have DLSS 2.0 capability, and many more are likely to follow Mechwarrior 5 and Control in adopting it.

Yes, Tamasi says that DLSS 2.0 “should be showing up in a lot more titles.” This is because, while it does still require game integration, it should be much easier to integrate into games than DLSS 1.0. DLSS 2.0 doesn’t require per-game training. Unlike DLSS 1.0, it isn’t trained specifically from games, and instead uses a “fully deterministic” system for a synthetic data set that it trains from. 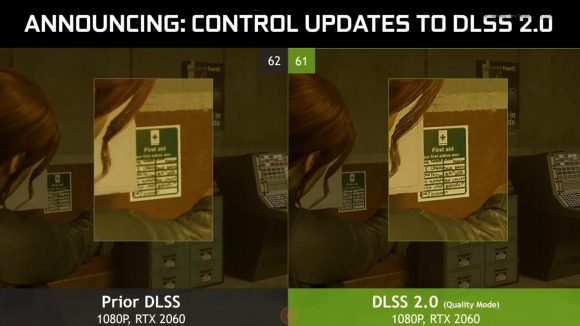 DLSS 2.0, Tamasi tells us, “collects the low-resolution images, and it jitters them.” The same thing is done with motion vectors, which are “per-pixel motion vectors for that same set of images.” This then gets fed into a “convolutional auto-encoder” (in other words, the neural network) which constructs the higher resolution anti-aliased output. The network is “trained against a 16K anti-aliased ground truth, what we consider to be the gold standard in terms of image quality.”

This all works differently from DLSS 1.0, which we can think of as “TAAU (temporal antialiasing upscaling)”. And “because it was coded by a human, it couldn’t train for all of the cases, and while it looked good in many cases, it certainly didn’t look good in all.” DLSS 2.0, however, eliminates the need for this “superhuman effort” by putting that effort into a neural network. This allows the network to “basically solve for all the game variability, as opposed to having a poor set of engineers trying to solve for all that”.

This all sounds very impressive, but will it hold up to the promise of “better quality, in many cases, than even native rendering”? Well, if the slides Nvidia showed us are anything to go by, it actually might. Screenshots from both Mechwarrior 5 and Control show a definite improvement in image sharpness and accuracy, and if the frame counters are reflective of real-world performance then it seems like it performs pretty well, too. And, if performance is slightly lacking for any reason, you can change the preset from ‘quality’ to ‘balanced,’ or even to ‘performance’ mode.