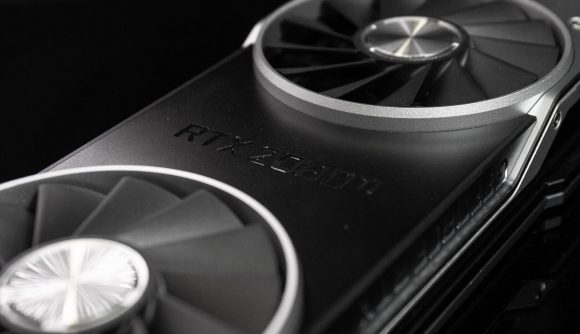 What’s that Jen-Hsun always says about “the more you buy, the more you save”? This has a similar ring to it. According to Nvidia’s own data, a high-end GPU will net you a higher K/D ratio in PlayerUnknown’s Battlegrounds and Fortnite – and you needn’t be an esports pro to do so.

High refresh rate monitors and the best graphics cards to keep them fed have long been the de facto weapon of choice for the top esports players in the world. Tacitly proving that hardware has, and always will be, an important factor in any gamer’s journey to becoming ranked amongst the greats. But Nvidia reckons the top tech can help out even the most casual of battle royale gamers, too.

It’s no surprise that, of all the companies, it’s Nvidia going out of its way to prove that better hardware makes for statistically better gamers. It’s in its best interests, after all. With that in mind, and a little bit of sodium close to hand, let’s delve into what the green team has discovered after sifting through anonymised GeForce Experience Highlights data from real-world battle royale players.

Starting with the GTX 600-series as a baseline, player K/D ratios increase steadily with each subsequent graphics card generation. Right at the top of the mountain sits the RTX 20-series, which, according to Nvidia’s numbers, increases median player K/D by up to 53%.

Those numbers aren’t entirely representative, Nvidia admits. The more hardcore gamers among us are, one would assume, more likely to spend a considerable sum on a gaming PC.

Top of the charts: These are the best graphics cards

Nvidia subsequently mapped out the hours spent in-game per week against the increase in K/D ratio, finding that, while the delta increases between 10-series GPUs as a player spends more hours in game, even gamers with relatively low hours per week benefit from more powerful GPUs. 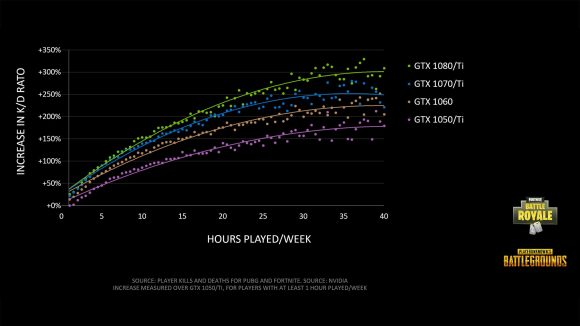 “This data doesn’t mean that simply upgrading your GPU will make you a better player,” Nvidia says. “But however you cut it, it is easy to see a relationship between the hardware used and a player’s kill/death ratio: having the right hardware enables the highest FPS and lowest latency, and that can help you reach your full potential on the battlefield.” 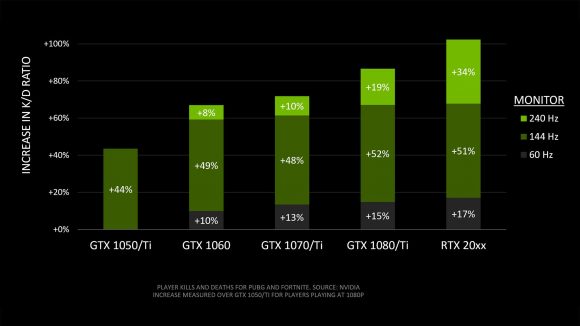 You can’t help but feel like Nvidia’s latest post has something to do with the “lower than expected” sales of its latest, high-end RTX 20-series GPUs. Nvidia had to cut its financial guidance back in Q4, slicing $500 million off its expected revenue, and Nvidia CEO, Jen-Hsun Huang, called the quarter “a real punch in the gut” in a letter to investors.

So the RTX 2080 Ti may well make you a better Fortnite player – at least according to Nvidia’s own numbers. Is a statistically better K/D ratio in a free-to-play game worth $1,200 of your hard-earned money? That’s up for you to decide, but it certainly gives new meaning to the phrase “pay-to-win”.

Not that gaining a competitive advantage from your hardware is anything new in PC gaming. From gaming mice and mechanical keyboards to the finest headphones to grace one’s head, building your own ideal setup to maximise your performance and compliment your own ability has long been one of the draws of this hobby.