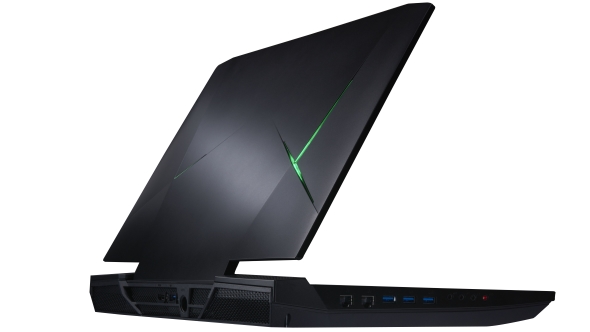 Nvidia have launched the mobile versions of their Pascal GPUs and the big news is: there is no mobile version. This generation Nvidia claim their notebooks chips are no longer a compromise on gaming performance, promising to be “entirely equivalent to the performance you get in discrete cards,” so says Mark Averman, senior product lead on GTX notebooks.

How do those discrete cards perform? Check out our guide to the best graphics cards of today.

That’s a massive shift for gaming laptops; until now the vast majority of mobile GPUs were far weaker than their desktop equivalents. You might have a graphics chip in your folding PC with the same name as a desktop card, but it’s probably going to be a completely different beast altogether.

I say ‘probably’ because there was one notable exception – last generation Nvidia experimented with dropping a full desktop GTX 980 into a gaming laptop. That’s the full GM204 GPU with the same core configuration as the discrete card…but it was a rarity. The GTX 980M on the other hand had a configuration which put it below even the desktop GTX 970.

Because of the thermal constraints of the laptop form factor it’s far more important for a mobile GPU to have a low TDP than in the high-powered desktop world. And that has historically meant Nvidia have used weaker GPU silicon to keep power down within the restrictive slimline chassis of a notebook.

With the Pascal generation of notebook graphics Nvidia is delivering “full-bore GPUs in mobile.” To that end the 10-series mobile chips are practically identical to the ones we’ve been testing in our desktop rigs. The core configuration of the GTX 1080 and GTX 1060 are identical, while the GTX 1070 actually has a higher CUDA core count – the desktop card has 1,920 while the mobile chip has 2,480 cores.

They’re also arriving with the same memory configuration and the exact same memory bandwidth. When you’re talking about gaming notebooks with 4K screens attached to them that’s important.

Where they do differ, however, is in the clockspeed. It’s the actual GPU frequency which makes a big difference to the amount of power the chips consume and therefore the amount of heat they generate. Heat is the enemy in laptop form, so the mobile GPUs are clocked a little slower.

The base clockspeeds are much lower across the board, while the boost clocks are only marginally behind. Except for the GTX 1080, whose boost speed is identical to its desktop brethren. The lower clockspeed is one of the reasons for the GTX 1070 having more cores in its configuration. Nvidia wanted to hit a certain level of performance so they had a choice of either implementing a high clockspeed (generating more heat) or opening up another SM of the GP104 GPU. Using more silicon, then, is a more efficient way of boosting gaming speed. 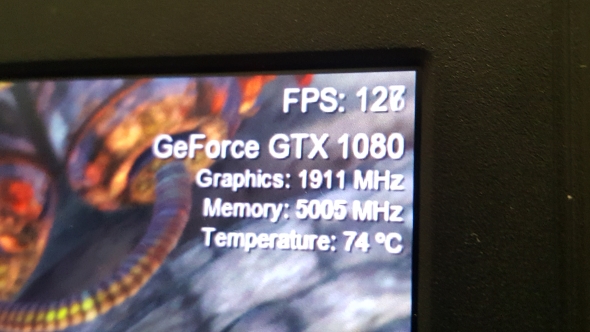 This extra power means GeForce-powered laptops are getting a screen overhaul too, with 120Hz G-Sync screens finally finding their way into notebooks. That extra level of smoothness will be very welcome with the new mobile Pascal GPUs easily capable of topping 100fps at 1080p.

There will, of course, be 4K screens available too, with the GTX 1080 capable of delivering on the promise of running games at the native resolution without massively compromising the gaming performance.

Overclocking. On a laptop. Yeah, given the thermal constraints of a slimline notebook that seems pretty crazy, but Nvidia are offering performance boosts on their new GPUs. To start with there will only be factory-overclocked versions of the GTX 1080 at launch, but the GTX 1070 will follow. Still, Nvidia are claiming a potential 200-300MHz clockspeed uplift on their Pascal silicon and at a recent event I saw a GTX 1080 running at over 2GHz in Doom. OMFG, etc.

It’s all about the power controllers in the new mobile parts, with Nvidia touting “really good electrical design” as the key to delivering a stable supply of power to the GPU. As such the Pascal parts have dual-FET power supplies, which offer higher power density, as well as multi-phased power controllers. All you really need to know, however, is that means the graphics silicon is being fed with a more regulated flow of juice which makes achieving stable overclocks far easier. 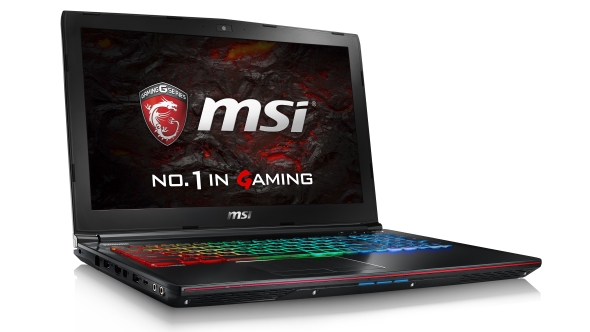 What does that do for the overall battery life of a gaming notebook? This is one thing we have yet to test, but Nvidia are claiming that, with all things being equal, a Pascal GPU will offer up to a 30% battery life increase over the same specced Maxwell-powered laptop.

Part of that improved unplugged performance comes from the more efficient Pascal GPU design, but also stems from the improvements Nvidia have worked into their BatteryBoost technology. BatteryBoost was introduced with Maxwell and offers GPU-specific power limiting when running on battery. Previously it was down to the laptop builder to implement their on-battery performance, which meant reducing gaming speeds by anything up to 80% to allow for longer battery life.

BatteryBoost instead works as a frame rate limiter, allowing the GPU to determine how quickly it needs to run, and how much power it need consume, to hit a given level of gaming performance. The technology has been further refined with Pascal – with the improvements also trickling down to any BatteryBoost compatible mobile GPU – producing a much more stable game speeds with far less frame rate variance.

All you need to is access a given game in the GeForce Experience application and select the BatteryBoost feature to decide what frame rate you want to set as your limit in that particular title. You can spec it out to deliver different limited frame rates on a per-game basis, with the default setting being 30fps and the maximum 60fps.

There are a host of different laptop configurations set to arrive sporting the new Pascal GPUs, with all the usual suspects already on board. That’s not a great surprise given just how much growth there has been in the gaming laptop market. Over the last five years gaming laptops have experienced a 9x sales boost, with experts counting on 30% growth this year alone.

But how do they perform? To be honest, it’s all pretty astounding. I’ve only had the opportunity so far to benchmark GTX 1080 and GTX 1070 machines, but their gaming performance is sublime. Even the GTX 1070 is comfortably quicker than the desktop GTX 980 that was used in the fat ‘n’ heavy gaming notebooks of last year. It obviously follows then that the GTX 980M looks like mere pocket calculator stuff by comparison.

The GTX 1080 is light years ahead of the previous generation, easily able to match the 120Hz refresh rate the latest 1080p G-Sync screens will introduce. The top-tier Pascal will also introduce genuine 4K gaming to the laptop world – where the GTX 980M could just about managed 20fps at 4K in Rise of the Tomb Raider, the Asus GTX 1080 machine I’ve tested managed to top 50fps. That’s unplayable to playable. 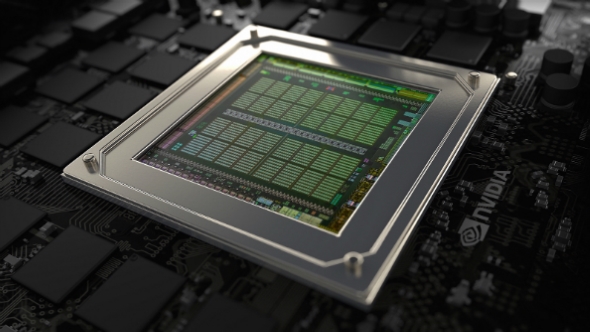 The latest range of Nvidia’s mobile graphics cards is a bit of a revolution. They dipped their toes in the ‘full-bore GPU’ laptop world a little in the last generation, with the GTX 980, but this time around Nvidia have tucked their knees up to their chins and bombed the pool, sharp designer suits and all.

The extra efficiency brought about by the production shrink down to the 16nm FinFET design, along with the other architectural improvements that have accompanied the desktop versions of the Pascal GPUs, have made Nvidia’s latest silicon as good in the mobile form factor as they are on desktop.

That’s a big change for this new generation of laptops, meaning there is practically no compromise – when you’re plugged into the mains – between a desktop gaming rig and a beefy mobile machine. Well, unless you count the cost anyways. The lowest-spec mobile Pascal GPU, the GTX 1060, will go into laptops with retail prices around the $1,300 mark.

AMD though are also taking things more seriously with this generation of mobile graphics too. Their Radeon RX 460 is going into laptops in exactly the same core configuration as the desktop part, though the TDP of the RX 470 and RX 480 are going to be too high for AMD to do the same with them.

Considering the GTX 960M laptops were the big sellers of the last generation it will be interesting to see how the equivalent GTX 1050 eventually stacks up. I’m betting that’s going to be a fantastic mix of efficient 1080p gaming and great value and the one which finds itself on the laps of more gamers than any of the others.