So, memory matters. At least that’s what the Nvidia GTX 1660 Super graphics card seems to be telling us. The latest GeForce Super card is the first to come sporting the GTX prefix, and also the first that doesn’t actually deliver a tangibly different GPU either. And yet the GTX 1660 Super is still delivering higher gaming performance than its predecessor, and that might just make it the best mainstream graphics card around.

We’ve been big fans of the Nvidia GTX 1660 Ti since it first arrived delivering the highest gaming performance we’ve seen in a GPU that costs less than $300. So long as we were talking MSRP versions anyways… there have been some factory overclocked cards topping the $300 mark and they’re harder to recommend.

And now there’s a GTX 1660 Super too. But what’s better, a Ti or a Super? In the new Nvidia World Order the top card in the stack will be a Ti variant with any potential Super options slipping a little lower down the graphics card pecking order. Confused? Yeah, it’s maybe a little much having three different variants of a card, but it does at least mean that there are a huge number of different options to match whatever GPU upgrade cash you’ve got sloshing around in wallet at the time you’re ready to pull the trigger on a new purchase.

Obviously there is also a non-Ti, non-Super version of the Nvidia GTX 1660 too. And, honestly, it’s very much looking like the third wheel in this triumvirate. It’s not currently much cheaper than the $230 MSRP of the Palit GTX 1660 Super we’ve been testing, and is consistently slower despite not being a hugely different card on the surface. Though we do anticipate pricing changing for the OG card very soon.

The top-end Ti looks like it’s maybe in a little Super trouble too, especially given that the new card is around $50 cheaper and performs at practically the same level. Which is weird, because as I say, this is a GPU that’s really no different from the generally much slower GTX 1660. So, what gives? 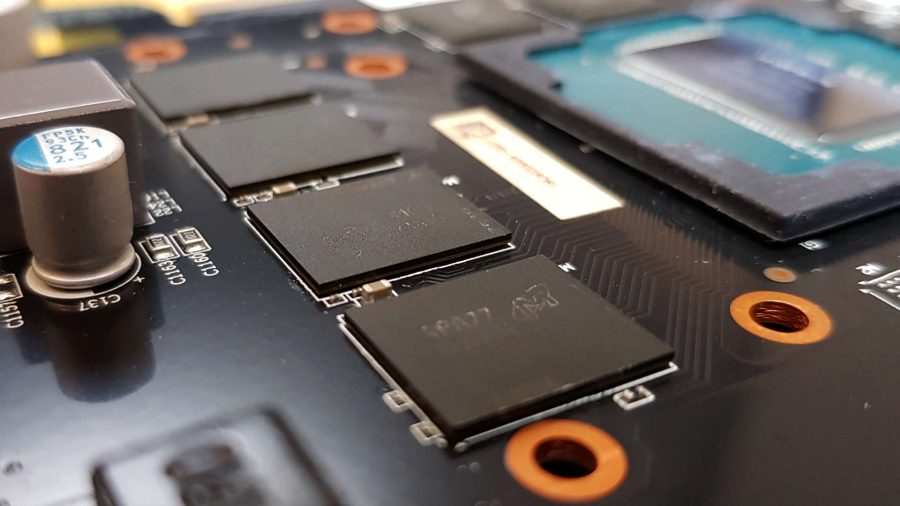 In a word: memory. Nvidia has opted to drop the fastest GDDR6 memory at its disposal into the new GTX 1660 Super, giving it 14Gbps video memory, which is faster than either of the other two GTX 1660 variants. The GTX 1660 Ti comes with 12Gbps GDDR6 and the straight GTX 1660 only 8Gbps GDDR5 memory.

As we’ve said, the actual GPU at the heart of the GTX 1660 Super hasn’t changed from the standard GTX 1660. It’s the exact same TU116 GPU, with 22 streaming multiprocessors (SMs) and 1,408 CUDA cores. It’s even running at the same base and boost clock frequencies too. So the only thing that’s giving it the serious performance uplift shown by our benchmarking tests is that boosted video memory subsystem. 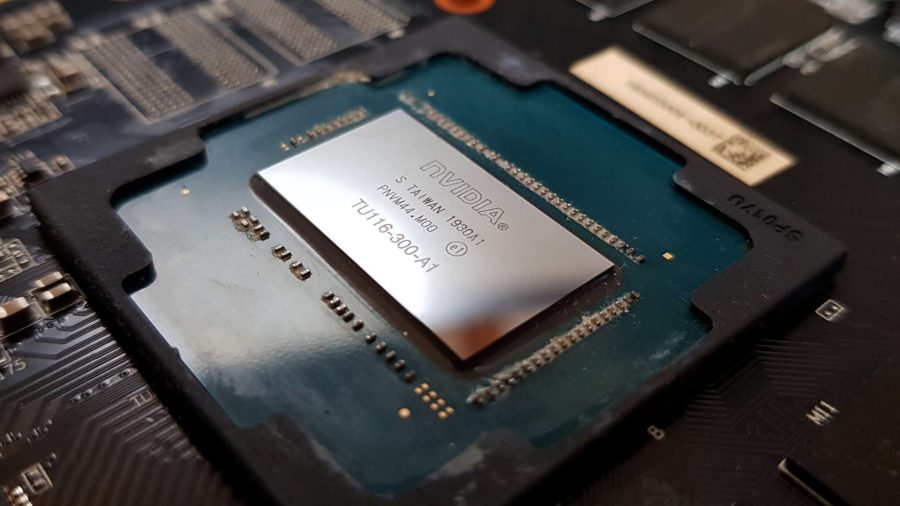 The Turing GPU architecture is a genuine advancement over the last-gen Pascal design, offering gaming improvements well beyond the ray tracing noise.

We’ve covered the Nvidia Turing architecture in depth elsewhere, but suffice to say that even in this GTX guise, the Turing shaders offer a lot more than the previous Pascal generation of GPUs. The concurrent execution of integer and floating point calculations increases the overall performance of the shaders themselves and the unified cache architecture boosts the chip’s throughput too.

There are also new technologies accessible to the Turing architecture, such as adaptive shading, which maintain fidelity while reducing GPU load. And Nvidia is also adding driver-level image sharpening to the mix with the latest drivers too.

But here it’s the memory that has made the difference. In today’s modern gameworlds the scenes are becoming ever more complex. There are higher res textures, more geometry, more post-processing effect… in short, more of everything that will put demands on your GPU and its memory setup. The more complex a scene the more needs to be stored in the memory of your graphics card, and the faster that memory is the quicker it can be pulled out and flashed up on your gaming monitor.

If you don’t have sufficient memory that will hold things up as system resources will need to be pulled from elsewhere to supplement your graphics card. And if the memory is slow you’re going to have to wait longer for it all to be pulled together and a frame to be displayed on your screen. 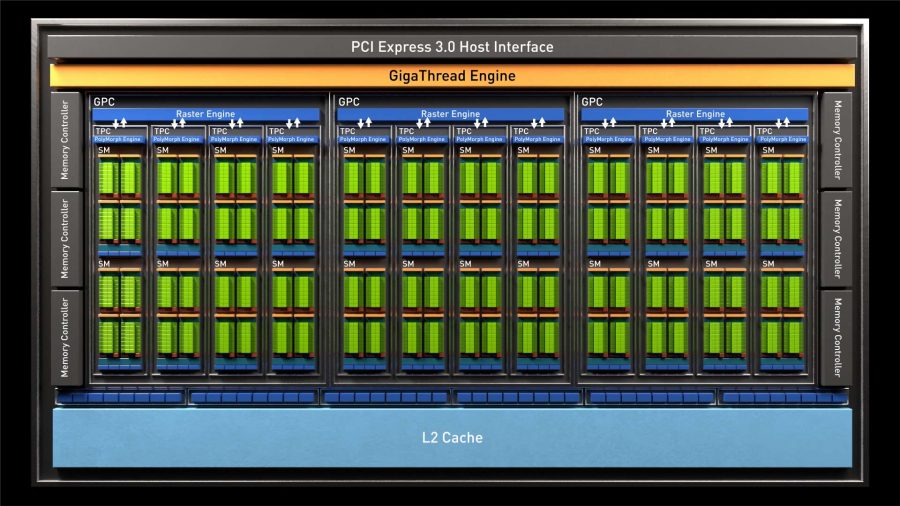 That’s the horrifically simplified version of things, and there are more subtle nuances at play which can have an effect, but essentially that’s how come the GTX 1660 Super has been kitted out with quicker memory instead of a tweaked GPU, and can still deliver higher frame rates than the OG 1660.

And it really does. Rarely do we get such an obvious example of the benefits of higher speed memory in graphics cards. Normally you’d see higher-spec video RAM tied to a faster GPU, so you’d be left a little unsure as to whether the performance hikes you were seeing were down to the improved graphics silicon or if it was down to the memory.

With the GTX 1660 and its Super variant, however, we’ve got the perfect case study for the difference that it can make on the exact same GPU. Throw the GTX 1660 Ti into the mix too and we can also see where quicker VRAM can bridge the gap between two graphic chips with different core configurations too. 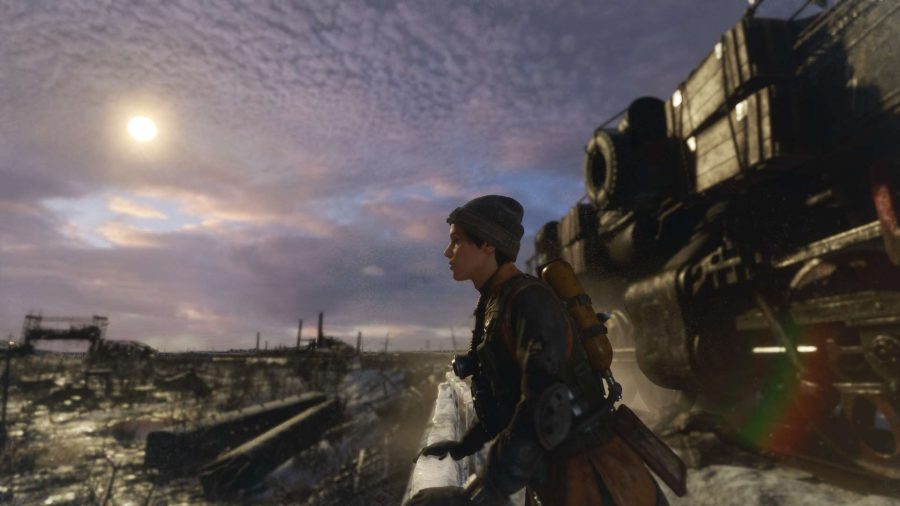 We’re talking about affordable, mainstream graphics cards here, and so the 1080p performance is arguably the most important metric with the Super card’s 1440p chops maybe a secondary consideration. But that higher spec memory does come into play at the higher resolutions, and no matter what, more often than not the Super is tangibly faster than the straight GTX 1660 version.

It’s only the Assassin’s Creed and Total War benchmarks where there’s very little between them, elsewhere at 1080p you’re looking at between 10 – 21% higher frame rates from the GTX 1660 Super. There are even a few occasions where the Super actually polls higher than the Ti card, though only ever by a few frames here and there, and generally never more than potential testing variance either.

But still, the fact it’s sometimes that close does highlight just what sort of gaming performance you can get out of this $230 GPU. And at 1440p half the benchmarks show that either the Super is as quick as the Ti or maybe even faster, with the latest GTX Turing card often delivering around 12% higher frame rates on average. 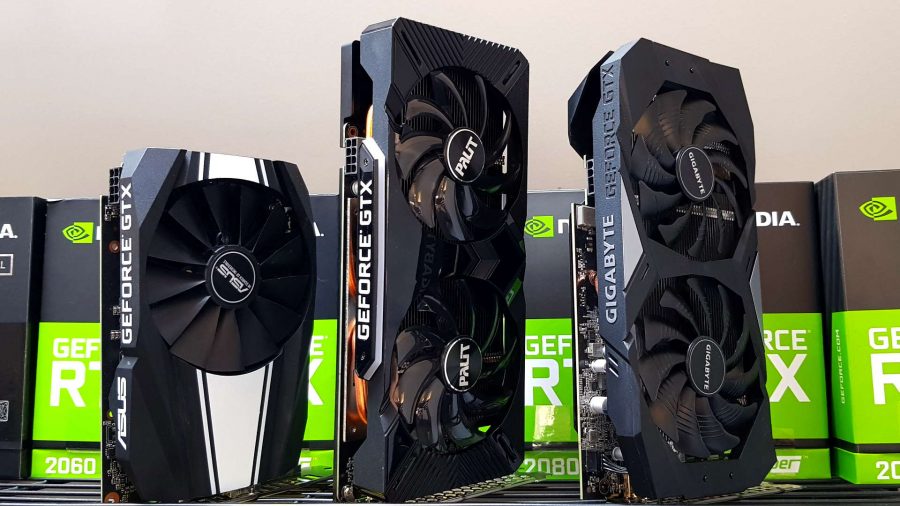 That’s great news for the mainstream crowd, because it means we’ve got a GPU retailing for close to the $200 mark that’s performing at the same sort of level as one around $300. To put that another way, you’re getting GTX 1070-level gaming performance at a bargain price.

But it does mean the Super is almost committing fratricide against the GTX 1660 Ti. Sure, you can point to the top card as the one offering the absolute highest frame rates, but it’s such a small margin. While the Super has been clearly designed to deliver a far more tantalising combination of price and gaming performance.

The fact the Super can match the higher-spec silicon of the Ti with just a slight memory speed bump does show that those 128 CUDA cores don’t really amount to much when it comes to gaming performance.

And the straight GTX 1660? Well, that’s going to need a seriously reduced sticker price for it to be relevant again.

And what of the competition? AMD has chosen to remind the tech press the day before the GTX 1660 Super launch exactly why it’s not releasing the RX 5500-series into the DIY market just yet… because there are still a whole lot of RX 590 graphics cards out there for a great price.

AMD has been cagey about its mainstream Navi GPUs, and I’m sure it will was waiting to see how Nvidia would position any new GTX Turing cards before making any final announcement about the RX 5500 or RX 5500 XT. It’s going to be interesting to see how the new cards do tip up once they get a full launch in November, because AMD is going to have to make them either much cheaper than the GTX 1660 Super, or else definitively outperform it. 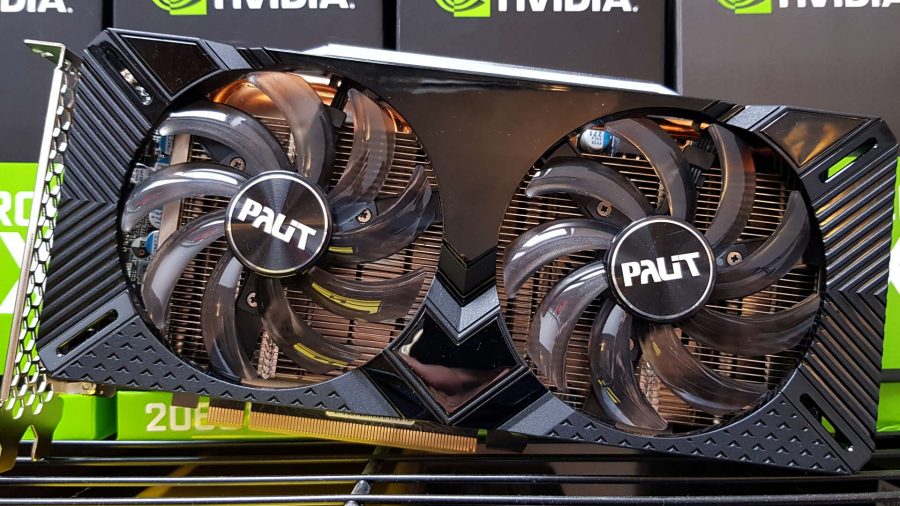 But, for now, the RX 590 is still a decent gaming card, especially now it’s dropped well below the $200 mark, but the GTX 1660 does still outperform it and will likely join it down the price scale once the Super hits the shelves. And whatever, when the prices are this squeezed together, the extra gaming performance of the GTX 1660 Super starts to look a little more worthwhile.

The GTX 1660 Super is a really interesting graphics card. The fact that it’s been parachuted into the middle of the GTX 1660 family, making it hard to recommend either GPU around it, and highlights just how much the GDDR6 memory impacts on Turing’s performance, makes it a great case study for the architecture.

But, quite aside from all that, it’s a great mainstream card, offering gaming performance often far beyond the competition and for a price that doesn’t make you wince. In a world where the most powerful consumer GPU, the Nvidia RTX 2080 Ti, costs over a grand, that’s a welcome change.

Often as fast as the GTX 1660 Ti, and beating the OG GTX 1660 for the same price, the new GTX 1660 Super is the mainstream, graphics card of the day. At least until the inevitable AMD response, that is...