Nvidia’s CFO, Colette Kress, has told investors at the J.P. Morgan 17th Annual Tech Forum that its excess mainstream GPU prices are on track to “normalise” by the end of January, but that it has very little control over inventory pricing in the channel as it’s in the hands of retailers.

Over at the CES-adjacent tech forum, Colette Kress was questioned about the matter of rebates for retailers, a potential way for Nvidia to lower prices and take the onus off retailers to cut into their own margins. Despite rumours that the green team has employed this approach in the past, Nvidia seems reticent to do the same with the most recent oversupply.

“There are many different ways in terms of how we are trying to work through the overall inventory,” Kress says. “Bundling has been quite popular… we also look in terms of rebates. But you have to be careful with that, and it’s hard to get to, because the overall inventory has probably already worked down the channel. We don’t have necessarily the direct contact as we do with the initial part of our sale that we do with AICs.”

Rather than any tangible price drops, it all comes down to bundles to convince gamers to pick up Pascal cards and shift stock out of the channel. After all, Nvidia has sold its inventory, it doesn’t have all that much obligation to see that those GPUs actually get sold on to end users.

Reports emerged late last year that Nvidia was not offering retailers any form of rebate this time around, but we were unable to confirm that this was the case. When we reached out to retailers they would neither confirm nor deny their current standing with Nvidia, or whether this was an orthodox and expected tactic from Nvidia.

Kress also goes on to confirm that while pricing “normalisation” is on track for January, it will still be “one to two” quarters before Nvidia totally works through all the remaining excess GPUs. 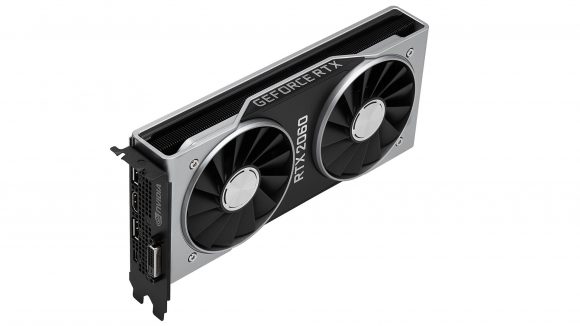 “Essentially you’re never going to be at zero channel of inventory before we’re actually moving to some of the new things,” Kress continues (via Seeking Alpha). “So the normalization will be at that point, but working through the excess will be about one to two.”

And with the RTX 2060 far and away too expensive to compete with AMD’s $200 mainstream, that means we can surely expect Nvidia to drop a card or two to compete at that volume price range sometime in the next few quarters. Not everyone can be expected to drop $349 on a graphics card, right?