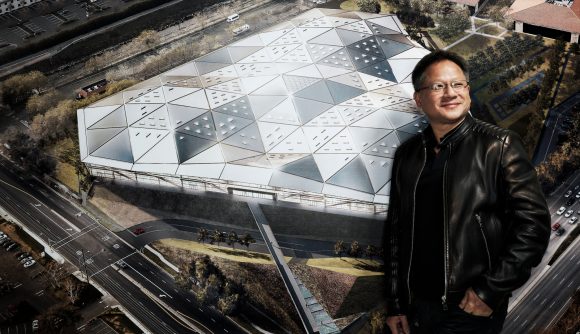 The ongoing chip shortage continues to inflate the price of the best graphics cards to eye watering levels, so it’s no surprise that GPU manufacturers like Nvidia are reporting healthy levels of profit. However, the company’s $40 billion acquisition of British chip manufacturer Arm Ltd. remains up in the air, and the latest comments shared by its chief financial officer suggest the deal isn’t proceeding as swimmingly as Nvidia would like.

In her CFO commentary, Colette Kress provided an analysis of Nvidia’s current and prospective financial position, but also made a statement on the company’s acquisition of Arm Ltd. Kress highlights that Nvidia is at the behest of several governing bodies, with the company “seeking regulatory approval in the United States, the United Kingdom, the European Union, China, and other jurisdictions.”

It appears that in addition to the concerns previously voiced by the UK government over the deal, the US Federal Trade Commision is now expressing its own concerns. In response to this, Kress says that Nvidia is “engaged in discussions with the FTC regarding remedies to address those concerns.”

Despite these bumps in the road, Kress maintains that Nvidia “continue to believe in the merits and benefits of the acquisition of Arm, its licensees, and the industry.” Companies like Apple are already reaping the benefits of desktop ARM achitecture, with Qualcomm looking to join the fight, and so the acquisition of Arm Ltd. would undoubtedly be of great benefit to team green.

Speaking of green, Nvidia’s got plenty of it. The company reported a record $4.73 billion USD of revenue, up 57% from Q3 2020. While gaming product year-on-year revenue grew by 37% to $2.27 billion USD, Nvidia’s data centre year-on-year revenue shot up by a staggering 162% to $1.9 billion. Needless to say, the company’s got plenty of cash to throw behind its upcoming RTX 4000 GPUs and other projects.