Nvidia Reflex Low Latency is yet another tool in the green team’s arsenal that’ll improve your gaming experience. Designed to lower input lag by up to 80%, Reflex aims to give you the edge in competitive FPS games, such as Fortnite, Call of Duty, and Valorant, by helping you hit your shots quicker, lowering the latency tax when you crank up your resolution, and potentially reducing peeker’s advantage under the right conditions.

Nvidia Reflex is a proprietary technology and, much like DLSS and RTX, requires you to run a GeForce GPU. However, you don’t need the best graphics card to benefit from it. Reflex should improve latency on anything from the GTX 900 series onwards, although higher-end cards like the RTX 3080 /will/ see better performance.

Reflex is a free feature and has next to no performance overhead, meaning you have little reason not to use it in supported games. Some of the best gaming monitor options from Asus, Acer, and Alienware also come with Reflex compatibility, so you might you’re already equipped to experience Nvidia’s graphics card tech.

This list of support games keeps on growing, too, and it’s not just new titles that are getting the Reflex treatment, so don’t lose hope if your favourite FPS isn’t included yet. 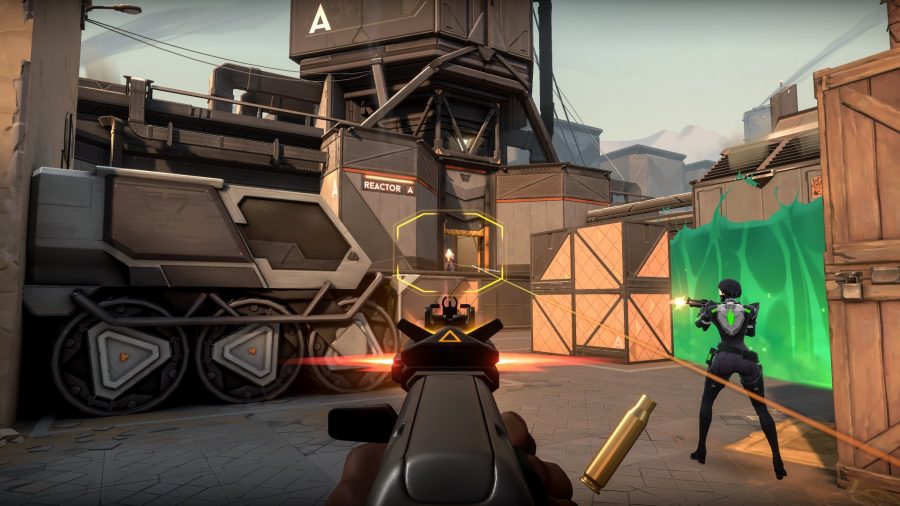 There’s currently a CS:GO-shaped hole in the roster, but with the latest additions being Deathloop, Call of Duty: Vanguard, and Ghostrunner, there’s plenty of room to pick up on this in the near future. We asked Nvidia if and when we can expect Valve’s shooter to get Reflex, but there’s no sign just yet.

Nvidia releases a comparison video whenever a new game receives support, and while you should always take internal tests with a pinch of salt, they give a good indication of how many milliseconds Reflex shaves off. Valorant, for example, sees up to a 48% decrease in latency at 60Hz, and if you up your monitor’s refresh rate to 360Hz, you could reduce latency by up to 80%. 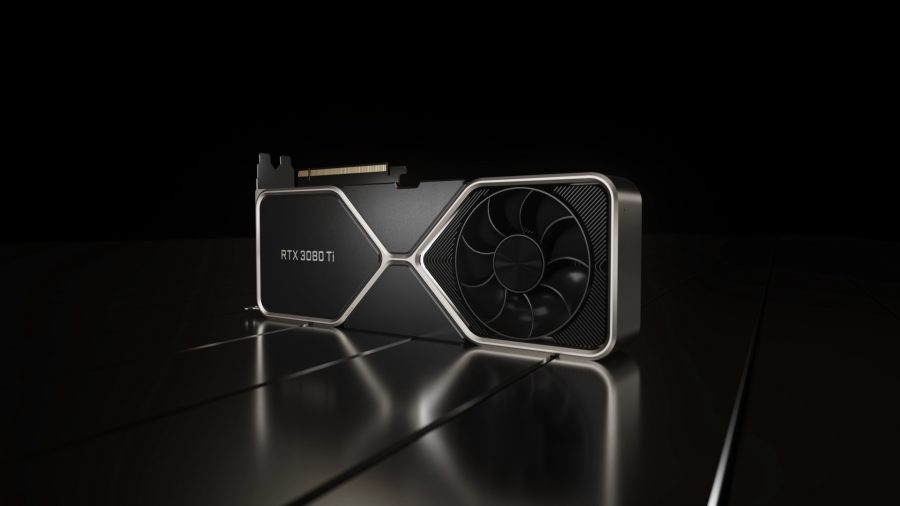 The green team’s low latency tech made its debut alongside the RTX 3000 series back in September 2020, but it’s also compatible with Nvidia’s legacy lineup. As a result, Nvidia Reflex works with a range of different GPUs, including GTX 900 series graphics cards. 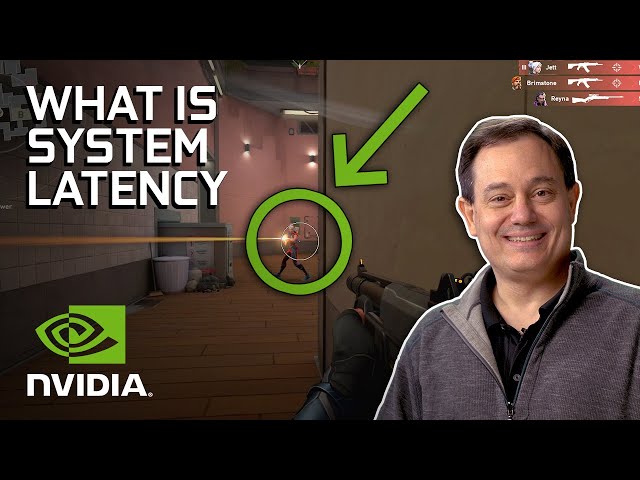 What is Nvidia Reflex Boost?

Nvidia Reflex, sometimes known as Nvidia Reflex Low Latency, is an option that appears in the video or graphics settings of supported games, and is usually turned on by default. It doesn’t work with the standard DirectX 11 version of Rainbow Six Siege, however, requiring you to run the game in Vulkan instead.

Alongside the option to toggle it off, you’ll also see the +Boost mode. Enabling this gives Reflex the ability to ramp up your GPU’s clock speeds in particularly CPU-bound games, preventing bottlenecks and allowing the feature to remain effective. Titles usually demand more of your processor when there’s a lot going on, such as particularly large skirmishes in Fortnite or explosions and debris in Siege.

Nvidia is continuously tweaking the +Boost option, so it’s worth seeing if it can improve your performance. If it doesn’t agree with your system, you can always switch it back at the click of a button. 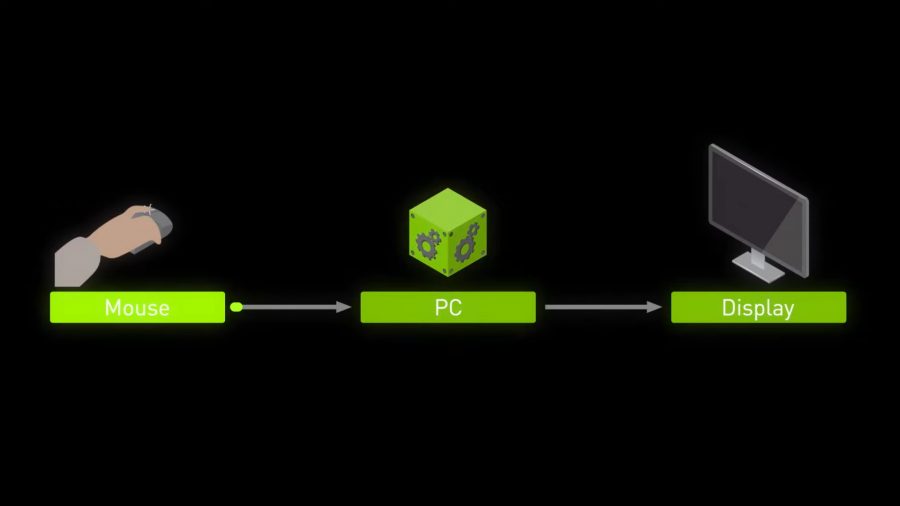 To understand how Nvidia Reflex works, you first need to grasp what system latency is – not to be confused with network latency, which is otherwise known as lag and is measured by ping.

You might know system latency as input lag, which comes from the many hoops the signal has to jump through from the moment you click on the best gaming mouse to the point it’s registered on-screen, causing a delay. Nvidia explains that there are nine points of end-to-end latency, primarily concerning the mouse itself, the time it takes for your PC to process the task, and how fast the monitor can display the input. 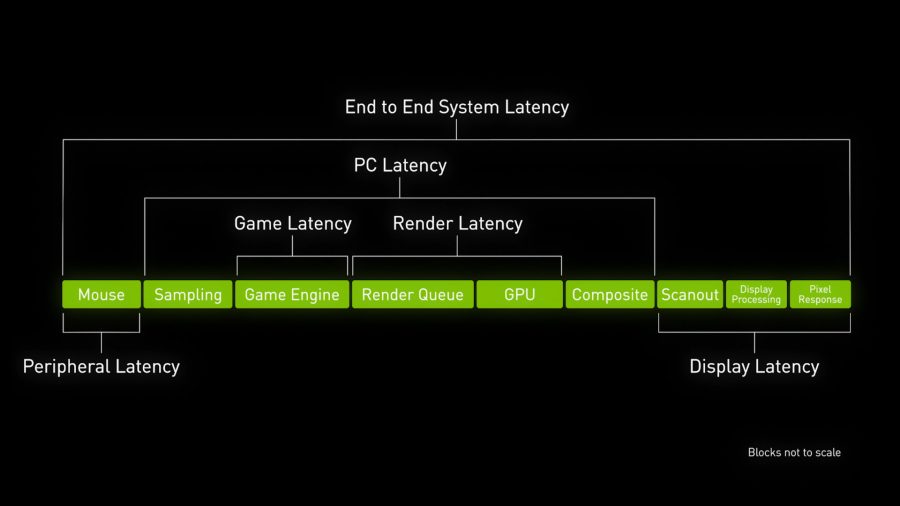 Resolution is another factor, as extra pixels means there’s more to render and, therefore, increases latency. The render queue is much like lining up at the checkout: if there are more people in front of you, it’ll take longer for you to be seen. It’s imperceptible to most because we’re talking milliseconds, but many competitive gamers swear by lower resolutions and settings to combat any potential delay that could cause them to lose the round.

Nvidia Reflex is a software solution that bypasses the render queue and enhances communication between the CPU and GPU. This ensures that no frames get stuck in the pipeline, and each one is swiftly actioned by the graphics card at the precise moment the processor passes it along. No rendering queue also means there’s a much lower latency trade-off at higher resolutions, allowing you to enjoy greater detail and keep your competitive edge.

And finally, a lower system latency means visuals are processed faster and you’ll be able to see enemies sooner, reducing peeker’s advantage. This works regardless of what monitor you’re using, but higher refresh rates benefit more than your standard display because of their smoother movement. Since peeker’s advantage is still tied to network latency, you can’t fully combat it while gaming online, but Reflex goes a long way to level the playing field.

What is Nvidia Reflex Latency Analyser?

Nvidia Reflex works with any monitor and mouse, but you’ll need a specific combination if you want to use the Nvidia Reflex Latency Analyser to measure how many milliseconds the feature saves you.

To use the Nvidia Reflex Latency Analyser, make sure the certified display is connected to your graphics card via DisplayPort and to your motherboard using the provided USB cable. Then, plug your compatible mouse into the dedicated analyser port on the monitor. Once you’ve ticked these boxes, it’s as easy as booting the software through the monitor’s on-screen display, found within the G-Sync processor menu.

Note: activating the monitoring rectangle is optional if you want a visual representation of where the analyser is looking, but the feature will detect the muzzle flashes and other adjustments to the brightness regardless of whether it’s enabled.

Latency should display in the top-right corner of the screen whenever you click the left mouse button, but you can get more details through GeForce Experience. Just make sure the software is up to date, head into the settings, and ‘Enable Experimental Features’ in the general tab. So long as the in-game overlay is active, further stats are displayed in the Performance tab to the right, but you can make these persistent by clicking the cog, going into the performance tab, and selecting where you want latency details to display on screen. 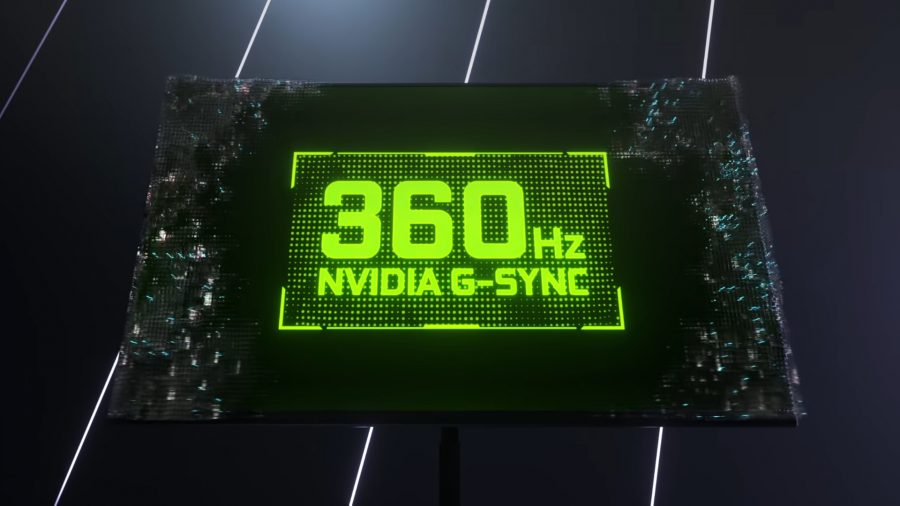 What else can you do to lower latency?

Nvidia Reflex is the best way to reduce your system latency, but there are a few other tricks to lower these numbers even further.

If you’re not already rocking the best gaming monitor, you might want to consider an upgrade, as higher refresh rates mean you’ll be able to see enemies quicker and even reduce peeker’s advantage. More 360Hz monitors will be available with 1080p resolution throughout 2021, and 240Hz monitors can now reach as high as 1440p if you want to prioritise detail.

You can also swap out your mouse for one with a higher polling rate, ditching the 1000Hz standard for 8000Hz on the Corsair Sabre RGB Pro or the Razer Viper 8K. A higher polling rate is a little more taxing on your system than Nvidia Reflex, so it’s designed more for those of you running the best gaming CPU, but if your rig can hack it, it means your clicks will register quicker than ever, reducing system latency.

The best gaming keyboards also come with 8K versions now that the Corsair K70 TKL and Corsair K65 RGB Mini are available. This likely won’t speed things up much if you’re running Reflex, but it can help if a game doesn’t support the feature or you’re sporting a Radeon graphics card, as the press of your keys won’t clog up the render queue.

Turn off Vsync and use G-Sync or FreeSync

Vertical sync, otherwise known as Vsync, aims to prevent screen tearing by synchronising your frame rate with the refresh rate of your monitor through software, but commonly introduces screen stuttering, performance issues, and system latency as a result. Hardware alternatives like G-Sync and FreeSync do a far better job, letting you turn off Vsync permanently if you own a compatible monitor – Nvidia GPUs work with most FreeSync displays through G-Sync Compatibility nowadays, so there’s a lot of choice.

If you own an AMD Radeon graphics card, you can’t run Nvidia Reflex, but turning FreeSync on in your monitor’s settings will reduce your system latency.

Use exclusive fullscreen, not borderless

Borderless fullscreen is pretty handy if you tab out of your game regularly, but it introduces a whole block of latency called compositing. This is where your game window is scheduled to composite alongside other windows, but Nvidia says you can avoid it entirely by running your game in fullscreen exclusive mode, which is one less thing bulking up the end-to-end latency.