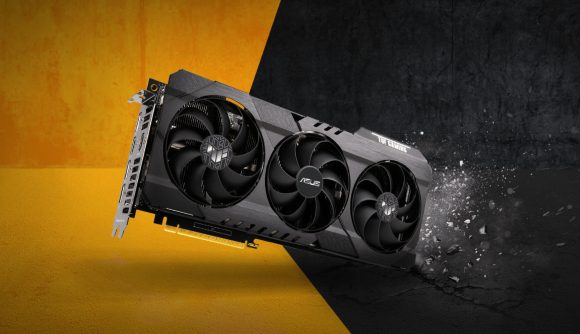 Nvidia is expected to announce the RTX 3080 Ti later this month, but it looks like some are already appearing in the wild. After multiple retailers accidentally listed cards early and boxes were spotted at distribution centres, Redditor FaisalKhatib details that one retailer in the United Arab Emirates has sold a few MSI RTX 3080 Ti Suprim X graphics cards ahead of release.

The original post only showed the photos of the boxed GPUs before it was removed by moderators, but Videocardz fired off some questions to FaisalKhatib, who claimed that the GPUs were available to purchase. They didn’t run cheap, either, far exceeding the upper $2,248 we’d previously seen in favour of an eye-watering $3,500 price tag.

While it’s difficult to verify these claims, it wouldn’t be the first time gaming hardware has been sold way ahead of an official release. Previously, Intel’s Core i7 11700K was sold almost a month before release, much to Intel’s dismay. We’ve reached out to Nvidia for comment.

The now-deleted listing on ComputersPerth suggests that the RTX 3080 Ti’s official MSRP should be set somewhere around $1,300, making this a significant markup.

If people have sidestepped stock issues and managed to cop an RTX 3080 Ti early, they’ll still need to wait until the GPU officially lands like the rest of us, as the graphics card won’t work properly with current drivers. In fact, it’s likely to ship with new drivers pushing stricter cryptomining limitations, as Nvidia continues to crack down on Ethereum mining.