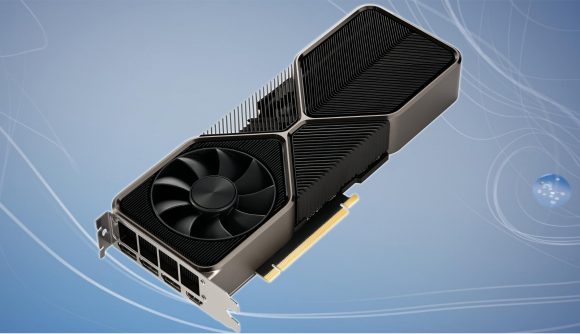 The Nvidia GeForce RTX 4000 rumour mill is spinning in full force, but you might not see an RTX 4070, RTX 4080, or RTX 4090 land on shelves at the end of the year. New whispers suggest that team green might skip over the 4000 moniker entirely, calling its Ada Lovelace GPUs the RTX 5000 series instead.

Nvidia’s next-generation GPUs are around six months away from becoming a reality, but prominent leakers Harukaze5719 and Kopite7kiki suggest that naming conventions aren’t yet set in stone. Rather than following on from the Ampere-based GeForce RTX 3000 range in the logical fashion you’d expect, it’s possible we could see the RTX 5090 lead the charge for the new range.

While Nvidia might think the reported performance increase of its new graphics cards warrants a more powerful name, it’s more likely due to superstition. The number four is considered unlucky in China because it sounds nearly identical to the pronunciation of the word ‘death’, and is often avoided out of respect.

This isn’t the first time we’ve seen a company skip a generation for the names of its products. AMD breezed past consumer-based Ryzen 4000 CPUs in favour of Ryzen 5000 processors to avoid confusion and further cement the difference between Zen 2 and Zen 3 architectures.

It’s possible Nvidia has the same reason to further separate its Quadro RTX 4000 workstation graphics cards, since these are already available and contain previous-generation Turing architecture. That said, it also has Quadro RTX 5000, 6000, and 8000 ranges in circulation, so that seems unlikely.

Nvidia has yet to confirm the existence of its next-generation GPUs, though, so take this rumour with a pinch of salt for the time being.