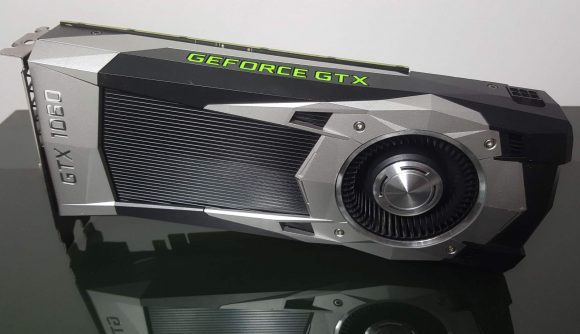 Nvidia released RTX Voice last year, using the power of AI to enhance noise cancellation when you’re not using the best gaming microphone. Contrary to its name, we’ve known for quite some time that older GTX graphics cards are capable of running the background silencing technology thanks to a workaround, but software QA Manuel Guzman confirms that Nvidia officially debuted the feature on aging GPUs months ago, closer to the launch of Nvidia Broadcast.

While there were mixed results for the GTX 900 and 700 series with the hack, Tom’s Hardware reports that RTX Voice is available on GPUs ranging all the way back to the GTX 600 series. This is particularly good news if you’re struggling to upgrade due to ongoing stock issues, or you’re one of the many gamers rocking the most popular graphics card on Steam’s monthly hardware survey, the GTX 1060.

All you need to get started with RTX Voice is Nvidia’s 410.18 driver or newer – and considering we’re currently on version 465.89 at the time of writing, you’ve likely already got a compatible driver installed.

So, if you’re having to make do with the sub-par microphone on your headset, RTX Voice can give your teammates’ ears a much-needed break by improving your mic quality, provided you’re running an Nvidia graphics card made within the past nine years.

While the tech does a very impressive job, it comes with a hit to your in-game performance, with some users reporting up to a 20% reduction in frame rates. So, if you’re looking to boost fps, you’ll probably want to avoid it, especially on older cards.