The Nvidia GTX 1660 Ti has dropped into the mainstream vacuum which the RTX 20-series GeForce cards couldn’t bring themselves to fit into. Eschewing the ray traced pretties and AI smarts the Nvidia Turing GPU architecture made its name with, the 16-series of graphics cards are all about affordable gaming performance today.

We’ve already checked out how the new Nvidia silicon fairs under an Asus shroud with the diminutive Phoenix, and portly ROG STRIX versions of the mainstream Turing chips, and now it’s Zotac’s turn. This Zotac GTX 1660 Ti is a straight reference version of the new TU116 GPU, with the same memory capacity, and practically the same footprint as the mini-ITX Asus Phoenix card.

So, how does Zotac’s miniature Turing compare with the small form factor Asus card, with its oh-so-mild overclock? Well, it’s close when it comes to both pricing and gaming performance, and that dual-fan Zotac shroud is a lot more pleasing than the basic bitch blower cooler attached to the Phoenix. But there is still the spectre of the GTX 1660 hanging above both their heads, potentially offering similar gaming performance for a good chunk of change less than the price of the GTX 1660 Ti.

The Zotac GTX 1660 Ti uses the same TU116 GPUs as the Asus cards, which means we’re still talking about a 12nm graphics chip with 1,536 CUDA cores inside it, all arrayed across 24 streaming multiprocessors. Or SMs, or compute units, depending on how you want to talk about them.

Pixel pushers: These are the best graphics cards to buy today

The GPU itself is a little broader than its Pascal forebear, with a 284mm2 footprint as opposed to the 200m2 GP106 chip used inside the old school, but still massively popular GTX 1060. It’s also packing in a lot more transistors too; despite the 42% increase in die size, there’s a 50% increase in the number of transistors Nvidia has managed to jam into the GTX 1660 Ti package. 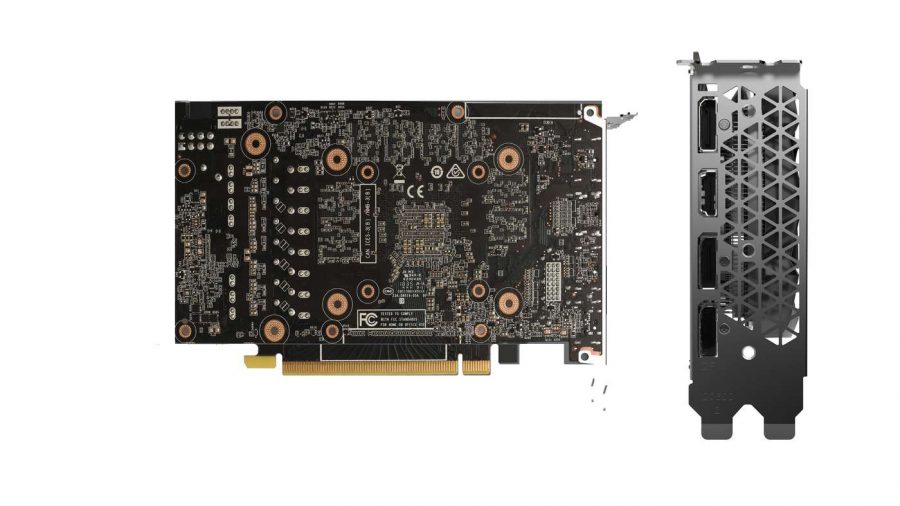 The GTX 1660 Ti is ostensibly a direct replacement for the GTX 1060, offering almost GTX 1070-level gaming performance for around the same price the Pascal card launched at. This Zotac version is $280 (£260), while the Asus Phoenix is now pricing itself a little higher than it was at launch, with a current price tag of $303 (£270).

The Asus card does have the benefit of a slightly higher clockspeed out of the box, running at a standard boost clock of 1,785MHz as opposed to the straight reference 1,770MHz clock speed the Zotac GPU touts. The Phoenix also has an ‘OC Mode’ accessible via its GPU Tweak II software, which puts its boost frequency up to 1,815MHz.

But given that Nvidia’s GPU Boost technology means graphics card clock speeds are a rather movable feast these days, things do level out quite a lot based on the cooling provided. And that’s really where Zotac’s impressive little GTX 1660 Ti comes into its own. The dual-fan cooling of the Zotac is a lot more efficient than the single spinner on the Asus card, with the Phoenix running 10°C hotter in its standard mode. And that means they both end up knocking around the same ~1,800MHz frequency when you’re actually gaming.

And what does that all do for performance? Well, it means when all’s said and done the slightly cheaper, slightly cooler Zotac GTX 1660 Ti performs at pretty much the same level as the Asus Phoenix. The Asus card does have the faster actual frame rates, but some bizarre Battlefield V benchmarks notwithstanding, there is never much of a tangible difference between the gaming performance of the two cards. 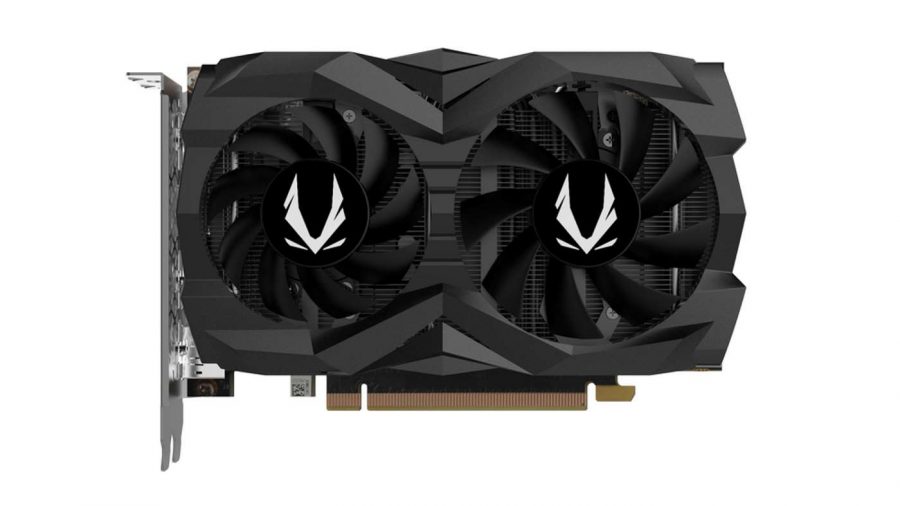 With the superior cooling chops of the Zotac design you’re also going to fare better in the sorts of small form factor chassis these ickle graphics cards are meant for. Combine that with the slightly lower price tag, and the fact that with a little light overclocking – the one-touch Nvidia OC Scanner makes that a doddle – the performance delta essentially disappears, and the Zotac GTX 1660 Ti makes for a more tempting purchase.

But at this mainstream level frame rate is king, so every little bit of performance matters and that might just sway some folk more towards the Asus. Though if you look at the minimum frame rates the Zotac card delivers at 1080p it seems a little more stable than the Phoenix, and that could again be down to the cooling. There’s not so pronounced a difference at 1440p, but then neither is there in the average fps there either.

Then there are the aesthetics. Look, I know that the GPU is an internal component, and even with a perspex peep hole in the side of your rig for some naked PC pervery your graphics card is generally sitting side-on, but the Zotac option has a far more pleasing look than the bland Phoenix. 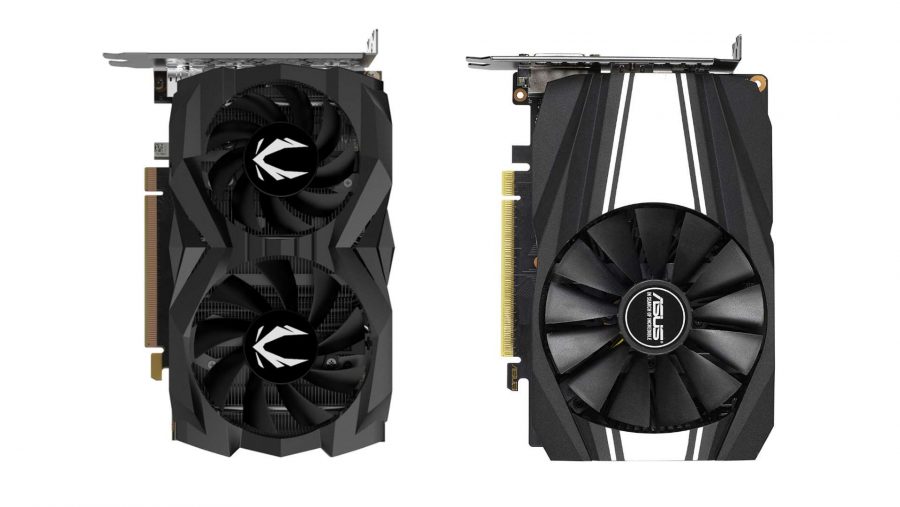 Personally speaking then I’d rather be rocking the Zotac GTX 1660 Ti inside my miniature gaming PC. It has the performance, the cooling, and the looks. The Asus Phoenix is still a great little GPU, but if you’re going for a 1660 Ti the Zotac card has a lot to offer at its lower price.

The sticking point is still the straight GTX 1660 which is due to arrive any day now. That’s a card with a slightly cut-down version of the same GPU, but with GDDR5 memory as opposed to the GDDR6 these Ti cards use. The non-Ti cards are expected to be closer to the $200 mark and if they’re close in performance that could genuinely cannibalise some of these Ti cards.

There are also AMD’s RX 580 cards to consider too – they’re knocking around for less than $200 at the moment, with performance that isn’t a million miles off what the latest GeForce cards are capable of. That makes them a great purchase if you can’t stretch to the pricing of the 16-series.

So we’re once more getting to the point where no matter how much GPU upgrade cash is sitting in your wallet there will be a card for you, but that also means there will always be something just a little bit faster if you’re willing to spend just a little bit more money.

But at the popular $250 – $300 GPU price point the GTX 1660 Ti has the floor, and the Zotac version is currently our favourite in terms of its mix of price, gaming performance, and overall physical design.

The Zotac version of Nvidia's GTX 1660 Ti is a quality little card. The images don't do its diminutive scale justice, and that dual-fan cooler keeps it chilled and quiet throughout. It may be a tiny bit behind the Asus Phoenix in gaming performance, but as a cheaper all-round package it's got my vote.