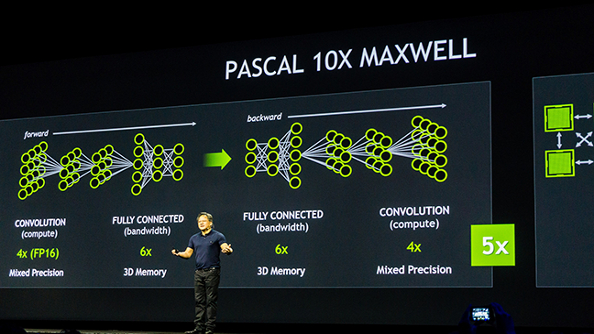 The die shrink from 28nm to 16nm FinFET  between Nvidia’s Maxwell and Pascal graphics card families has brought about some impressive gains in power efficiency. The GTX 1080, more powerful than a Titan X in some applications, has a TDP of 180W. What that also means is that it’s power connector requirements are lower than Maxwell cards – rather than a 6-pin and 8-pin setup, the GTX 1080 needs just a single 8-pin connector.

Want to test your hardware to the limit? Try the best VR games on PC.

That’s good news if you have a reasonably low wattage power supply, and likewise if you’re just a neat freak with a modular PSU who doesn’t like cables cluttering up the case and ruining the airflow. But what does it mean for overclockers?

Well, it may not be an issue. Nvidia have said they overclocked the GTX 1080 Founder’s Edition (aka the reference model) up to a boost clock of 2GHz on that single 8-pin connector, with the operating temp at around 63 degrees celcius. Will we really need to over-volt it, too?

Even if we do, that’s where partner cards come in. As with current-gen Maxwell (9-series) cards, OEM providers are free to stick on an extra power connector to the PCB as they please and increase the TDP headroom. You’d only expect to see this on really high-end overclocking cards though, and it may be that the 1080’s architecture doesn’t require additional power beyond 225W to hit its overclocking limits in air cooling. At the most extreme levels of overclocking, cards are fundamentally rebuilt with liquid cooling solutions and the like, so all bets are off at that point.

In conclusion, then, 8-pin connector: a good thing. It’s a tangible indicator of the 10-series’ efficiency, which should keep your current PSU in the game for a few years yet.