Philips has been doing some genuinely impressive things over the years with its Ambilight TV tech, even going beyond RGB LEDs and jamming pico projectors into the back of its expensive teles to beam out a defined visual halo. And nobody likes a good set of RGB LEDs like a PC gamer, amirite? So thank the maker it’s produced the HUE 2 tech so you can DIY your own gaming monitor to match.

Sorry… my mistake… it’s actually NZXT who’s yoinked Philips’ lighting brand name and created a DIY version of the company’s TV tech to strap onto the back of your gaming monitor and make with the immersive pretties. Except it’s only immersive up to a point… Still, the HUE 2 RGB Ambient Lighting Kit comes with everything you need to make your gaming monitor lit, whether your rocking a 21-inch panel, or one that goes all the way up to 35-inches.

And it’s all pretty easy and non-invasive too. There’s no PC surgery required to have your games spilling out from the traditional boundaries of your monitor’s bezels, just some double-sided tape, a little RGB controller box, and a quick installation of the NZXT CAM software. Wait… the CAM software? Really? I’m out…

Sorry, yes, if you want the full immersive ambient lighting kit to react to whatever is being broadcast on your screen then I’m afraid you’re going to have to be a card-carrying member of the CAM crew. Well, not necessarily ‘card-carrying’ as you can get away without actually creating a profile and logging in as a guest, but you will need to have the software booting up with Windows and running around in the background of your PC.

And because it, like practically all homebrew PC lighting, is a proprietary thing you’ll still need the lighting controllers for your case, motherboard, keyboard, mouse, surface, headphone stand, bow tie, and RGB gimp mask. Thankfully I’ve not encountered any conflicts as yet with my existing Corsair iCUE/Logitech software combo, but it does mean your PC’s boot-time software bloat will increase. Even if CAM is only wafer thin… 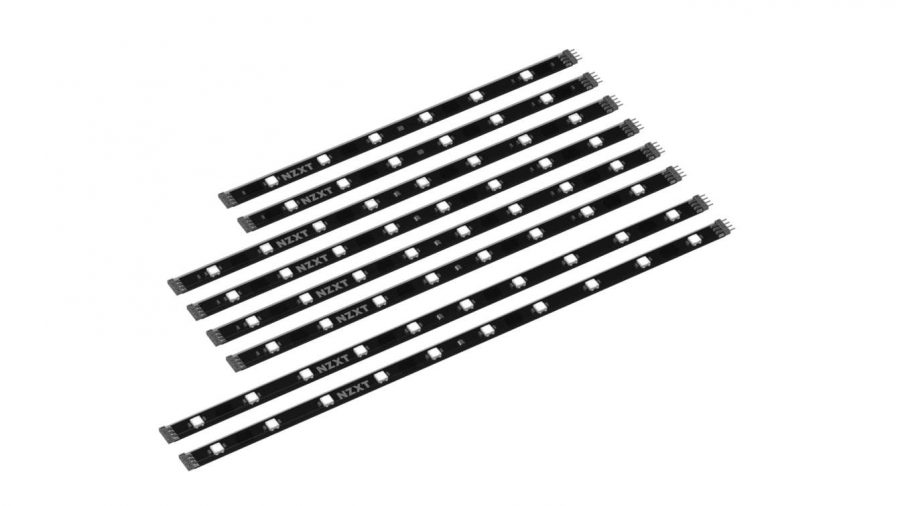 But the kit is at least a doddle to set up. You’ll need to follow the instructions to know which of the many addressable RGB strips to put where, depending on the size and aspect ratio of the monitor in question. The controller is a wired dual-channel affair, so you just need to stick one L-shaped bundle of LED strips to the top left corner and another to the bottom right. Then plug in the power and USB data cables and you’re good to go.

The LED strips all have sticky backing to them – which makes them easy to attach to the rear of your panel – and plug directly into one another so you can spread them around whatever size of monitor you have up to a 35-inch ultrawide display. 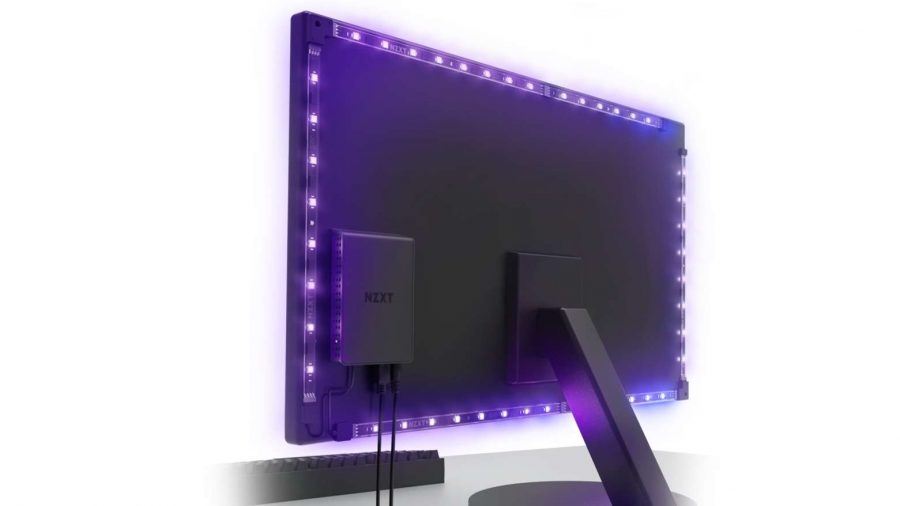 The whole installation process took me barely twenty minutes and it all lit up as soon as I started booting up my PC. Once the CAM software is downloaded and installed you’re then able to take full control over the lighting, and decide whether you want it to remain fixed or whether you want to go ambient.

The structured lighting effects are pretty traditional, allowing you to create effects or static glows to light up your room, but via CAM you can switch to ambient mode. Though if you’re into twitch gaming we maybe wouldn’t recommend you go full ambient.

And that’s because as effective as bleeding your screen’s colour palette across the wall behind the monitor can be, it gets mighty distracting when you’re actually playing most games. The problem is there is a tangible lag to the switching of colours, which means that in any fast-paced game the screen’s going to be displaying something else once the HUE 2 lighting system has tried to catch up.

I’ve played games on the old Philips AmbiLux set, the TV with the pico projectors in the rear, and that delivers an incredible, and super-slick, gaming experience. It expands your peripheral view beyond the panel in front of you, helping to really immerse yourself in a way a limited, flat image generally can’t.

The HUE 2, however, has the opposite effect to the desired immersion. It pulls you out of the game, making it all rather jarring where it should allow you to almost forget about the bezels of your monitor.

Outside of high-speed gaming, though, it does work admirably. Something slower paced – such as Total War, Civilization, or Football Manager – can deliver an effective ambient experience, and can do it with little input from you too. You just set up the ambient mode in CAM and almost no matter where the image on screen is coming from it can spread the colours out behind your screen. But the ‘almost’ there is the operative word. 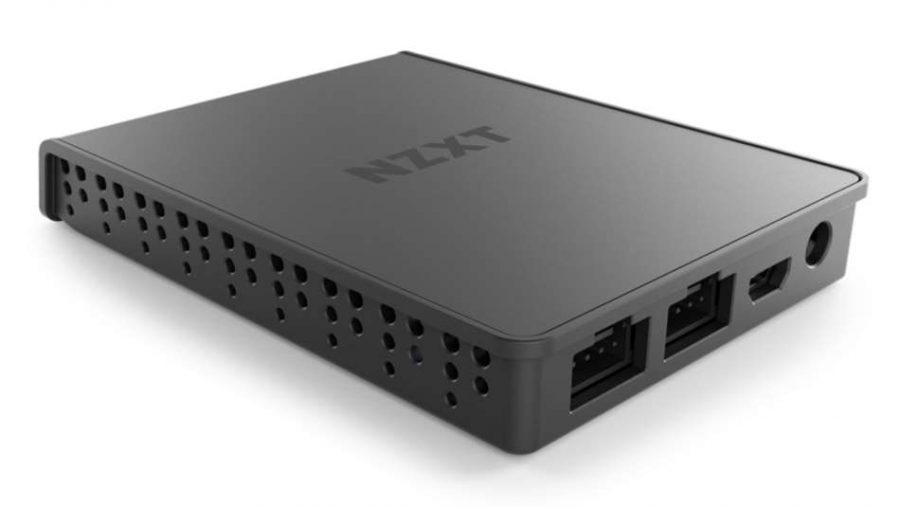 In my testing not every game seemed capable of hooking into the API the HUE 2 tech works from. Dirt Rally wouldn’t play ball, and a couple of other titles in my library shut the rear-firing LEDs down too. And there are other bugs too – leaving my monitor to go into standby, or simply turning the screen off while the PC stayed on, meant the HUE 2 lights defaulted to white and won’t change again until the whole system was rebooted.

And sometimes it refuses to turn off even after the PC and monitor have been shut down, leaving me to yank out the power cable from the back of the HUE 2 control box lest the LED glow from my mini home office disrupt my or my cats’ sleep.

So it’s a bit buggy, a little laggy, and at $110 (£90) it’s a rather expensive novelty. I will admit it has definitely lent a certain soothing aesthetic charm to my Football Manager obsession, but it needs turning off when I jump back into Metro Exodus.

As an extension to the RGB illumination of your desktop it's an effective, but expensive, novelty. But as an immersive ambient gaming system the HUE 2 kit is a far cry from Philips' slick Ambilight tech.