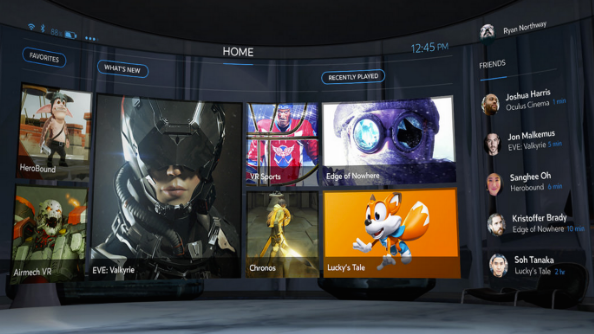 Recently Oculus announced that they were funding around two dozen VR games that would be exclusive to Oculus Rift. This has caused quite the commotion on Reddit, with users claiming that the company are resorting to ‘console tactics’.

Oculus VR founder Palmer Luckey dropped into the thread to address the concerns, and explained that Oculus would not be a closed platform, but that Oculus were focusing on their own products and games that  “would not even exist if we were not funding them.”

“Making high quality VR content is hard enough to do when targeting a single headset, trying to support every single headset on the market with our own content is just not a priority for launch,” Luckey explained in the Reddit thread. “Most companies would have done this as a 1st party software development effort, but we decided it would be better to work with existing developers who wanted to get past the bean counters and make sweet VR games.”

“What we are doing is working with external devs to make VR games. These are games that have been 100% funded by Oculus from the start, co-designed and co-developed by our own internal game dev teams.”

Many Reddit users pointed out that game developers can create workarounds for Nvidia tech on AMD hardware, and demanded answers for why this couldn’t be the case for Oculus exclusives working on other VR headsets. Some even pointed out that the ‘burden’ of porting could be placed on the shoulders of modders. But Luckey believes that Oculus has a duty to ensure games would work, and supporting a single platform on the Oculus Rift store is the only way to ensure that. “When the software people purchase through us stops working, they don’t care about the reason, they feel like they got screwed. We can’t build our business on workarounds that we have no insight or access into.”

But as for the Rift itself, everything is open. “The Rift is an open platform, not a closed one – You don’t need any kind of approval to make games for the Rift, and you can distribute those games wherever you want without paying us a penny,” said Luckey.