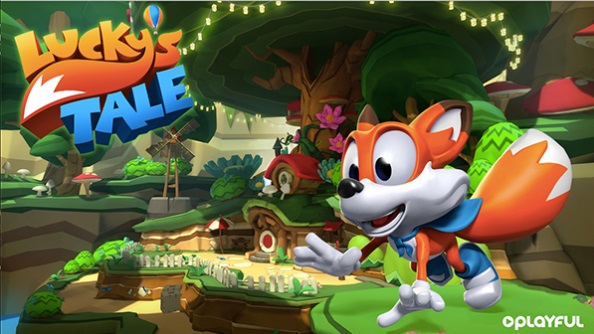 VR’s probably going to be an expensive game, so anything that comes free will be gladly received. Should you take a dive on Oculus Rift when it releases in 2016, you’ll be able to instantly play in VR thanks to the VR platformer Lucky’s Tale, which will be bundled with the headset for free.

If you’re eager for free VR, all pre-orders of Oculus Rift will come with EVE: Valkyrie.

“We always believed there was an opportunity for platformers in VR, but it wasn’t until playing Lucky’s Tale and working with the Playful team that we truly realized its potential to change how people view this genre of gaming forever,” said Palmer Luckey, the founder of Oculus VR. “Lucky’s Tale delivers on everything you want in a next-generation VR game—it’s thrilling, full of adventure, and incredibly fun to play.”

Typically VR games seem to be first person and set in cockpits, so Lucky’s Tale is a big departure from the norm being both third person and a platformer. Perhaps by bundling it as a launch title the idea is to demonstrate that VR isn’t a one-trick fad, and encourage developers to branch out into non-typical VR territory.

The Oculus Rift will launch in the first quarter of 2016.