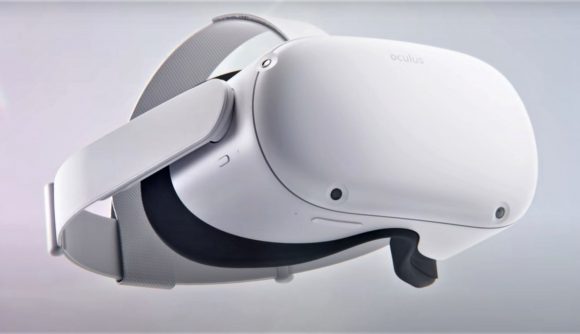 The company formerly known as Facebook is now called Meta, and with the new name comes a bunch of new virtual reality ambitions. While the social media group’s Oculus Quest 2 headset is an integral part of its VR venture, it looks like the tech could break free from the shackles of Facebook account logins in the future.

During last night’s Connect live stream, Facebook’s CEO, Mark Zuckerberg, revealed that the company is “working on making it so you can log in into Quest with an account other than your personal Facebook account”. The head honcho also states that tests involving select accounts will commence soon, with plans to extend the changes across the platform “within the next year.”

As things currently stand, the Oculus Quest 2 VR headset needs an active Facebook account to access the device’s games and storefront. Naturally, this caused a bit of a pickle for users during the recent Facebook outage, as being cut off from the servers transformed the gaming PC goggles into an expensive paperweight.

Meta consists of various other services, including Instagram and WhatsApp, meaning there’s a chance that users will still need to sign in using some sort of account from Meta’s overarching network. Zuckerberg didn’t mention a specific Oculus Quest 2 login alternative, but he acknowledged that “not everyone wants their social media profile linked to all these other experiences”. So, perhaps using a singular Oculus account will be all that’s needed in the future.