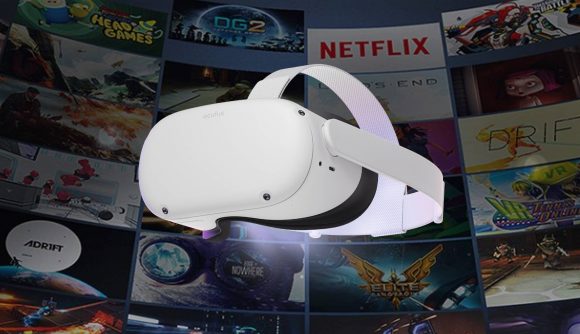 Meta has announced that its Oculus Quest store has earned the company over $1 billion in revenue, following a push towards VR and Metaverse related tech. According to its Q4, 2021 earnings report, spending on the storefront has quadrupled, jumping from a monthly average of $12 million to $51.3 million USD in comparison to 2020.

The social media giant didn’t break down its impressive store revenue, but the value likely comprises standalone VR games and cross-buy Oculus PC game purchases. The earnings bump is also a testament to the success of the Oculus Quest 2, as the Meta only raked in $150 million prior to its best VR headset’s arrival.

Just last week, Facebook’s parent company announced that it’s replacing its Oculus branding with a new Meta Quest moniker to better suit its metaverse ambitions. This could mean the Oculus Quest 3 will drop its placeholder name and kickstart a new linage, while its mixed reality Project Cambria device will distance itself from the VR gaming brand.

Of course, not all is merry in the land of Meta, as the conglomerate’s valuation slumped by nearly $240 billion this week in after-hours trading. Despite its lofty revenue achievements, Meta’s Reality Labs also suffered more than $10 billion in losses, which leaves the VR division in the red.