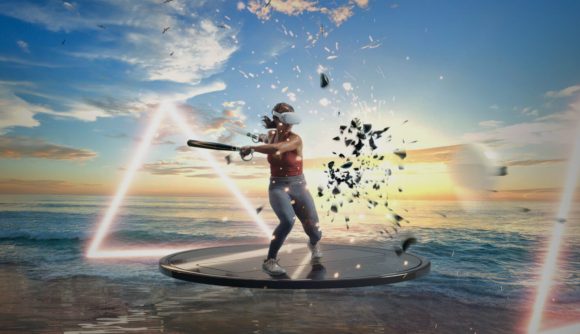 There’s nothing quite like strapping on one of the best VR headsets like the Oculus Quest 2 and gaming in the transformative world of virtual reality. However, it appears that as the number of people playing the best VR games continues to grow, the instances of damage to players and property are increasing too.

According to a report by The Guardian, UK insurance provider Aviva observed a 31% rise in claims involving VR headsets in 2021. Most of these claims involved some of the best TVs meeting an untimely demise, with players unwittingly throwing themselves or their controllers at the display.

However, Aviva’s UK property claims director, Kelly Whittington, says that VR isn’t entirely unique in generating a surge of insurance claims. In fact, the company “has seen similar trends involving consoles with handsets, fitness games and even the likes of rogue fidget spinners.” And with Nintendo Switch Sports releasing in April, there’s a good chance this number will climb higher.

If you’re one of the many that’s recently picked up an Oculus Quest 2 according to the latest Steam Hardware Survey, it might be worth taking some extra precautions before diving into your next game of Beat Saber. Unless you fancy your chances at finding Jackass-esque stardom in the VR to ER subreddit, of course.

Smashed the light shade 😂 from VRtoER

Unfortunately, property damage could be the least of our VR woes, as extended sessions could lead to players developing “gorilla arm” injuries, according to researchers at Oregon State University.