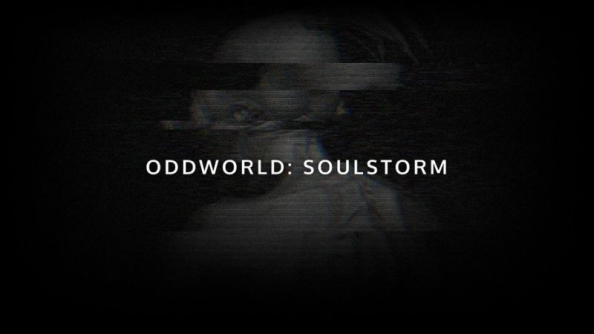 There’s always been a – well, an odd juxtaposition, between the colour and idiosyncracy of Oddworld’s characters and the anti-corporate environmentalism of their backdrops. Soulstorm promises to bring that contemporary horror to the fore, with an overtly “horrifying” reimagining of Oddworld’s original story.

Are you a fan of oddball platformers? There are a couple in our best indie games list.

Googly-eyed protagonist Abe’s new oddysee will pit him against a “terrifying new machination”, but arm him with “intelligent” mechanics and twisted, devious explosive devices. He’ll be charged with leading three hundred starving dependents across a brutal landscape of nasty surprises.

“There was a deeper, darker, and more sinister story that we never got to tell,” says series creator Lorne Lanning. “Soulstorm gives us the opportunity to flesh out more meat on the bones of an original spine, but re-tell the fable from a very different angle.”

Lanning’s Oddworld Inhabitants describe the reboot as a “dark parable”, about a volatile society pushed to its limits.

“In Soulstorm’s devilishly twisted story, we’re telling an incendiary tale of uprising and infiltration against the latest in soul-sucking consumer products,” they write.

Soulstorm will come to PC in late 2017. The new game will represent a big visual and cinematic leap forward for the studio, which should help bring some of that environmental horror to (wilting) life. Is Lanning our own Hayao Miyazaki, do you think?