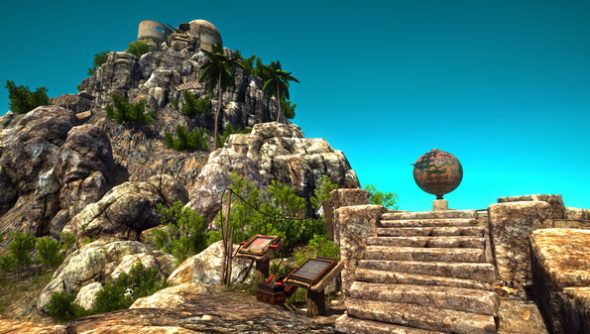 Are you a fan of Myst? Odyssey is cut from the same cloth, tasking players with unravelling the mysteries of a 3D environment, solving mind-bending puzzles and exploring in first-person as they go. After a short stint in Early Access, it’s just released on Steam.

While Myst is a bit old-school now, Odyssey features physics-based puzzles and a story penned by Eric Lindstrom, writer of Tomb Raider Underworld.

The game itself is developed by The Young Socratics, a group focused on delivering educational videogames that are also actually fun to play. It’s a fusion of scientific literature and videogame design basically.

The story follows the search for a 13-year-old girl called Kai – her and her family are trapped on a group of islands and it’s up to you to rescue them. You’ll do so while also learning astronomy and stuff about the ancient Greeks.

Odyssey is currently heavily discounted, so you can pick it up on Steam for $9.99.