Oikospiel Book 1 is difficult to explain in normal game terms. It’s an experimental game that plays with music, the concept of work, and our ideas of langauge. And you play as a German shepherd named Pluto. In any case, it’s now two years old, and so developer David Kanaga is giving it away for free for the whole month of March.

If you head over to his Itch.io page, you can download Oikospiel Book 1 and read what Kanaga says about it himself. You may recognize him as the composer behind Dyad and Proteus, games that fuse gameplay with the music you hear. Oikospiel’s soundtrack is similarly integrated into the game, although the form that fusion takes changes with each different scene.

As PC Gamer points out, Oikospiel is also a critique of the games industry, particularly its labor practices. Given the various layoffs that have happened over the past year, it could hardly be timelier.

If you’re confused, you’re not alone. Fortunately, there’s a novelization available as well, and you can find it on Itch.io. 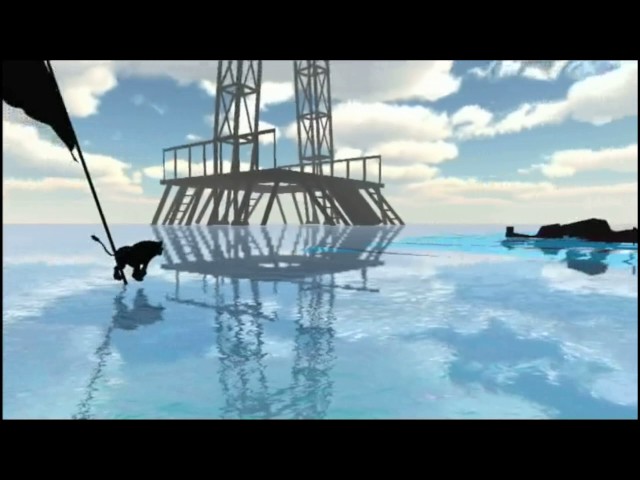 As you can see, it’s a very experimental kind of game – the kind you’d probably call an ‘experience’ rather than a traditional game. Still, it’s an interesting one to explore, particularly if you’re interested in games as art and how different media intersect.

Even if you’re not, hey, it’s about dogs! Dogs who make videogames! That is as good a reason to play something as I’ve ever come across. Plus, right now it’s free – although Kanaga will still accept donations if you feel like supporting his work.