When you think of ‘gaming’ PCs, your mind might dart to the garish designs that have so many tubes inside it would feel right at home on the set of Star Trek. After all, if racing stripes make a car faster, then these tip-of-the-knife edgy builds should make you a better gamer, right? Well, OMEN is here to prove that that particular archetype isn’t the only selection of systems that can raise the bar.

In the past, OMEN has focused on the kind of designs we’re referring to, but its latest line of desktops is the equivalent of dressing your tower up in a tuxedo, while still packing the plug-and-play performance you’d expect from a top brand.

Designated by their size, the OMEN 25L gaming PC is the smaller of the two, sporting a brushed metal front emblazoned with an RGB LED in the shape of the company’s distinct rhombus logo. The bigger OMEN 30L desktop is similar with its placement of the logo, but boasts better cooling with more room at the front for fans to intake air – one of which is a ring-lit 120mm RGB fan that lights up through tempered glass.

Of course, it’s what’s shining through the Cooler Master tempered glass side panel that truly matters, however, as gaming performance squarely hinges on what components are under the hood. There are many different configurations of the OMEN 25L and 30L to choose from, but all models share some similarities.

No matter which system you opt for, you’ll be greeted with speedy loading times as your Windows 10 is housed on an M.2 solid state drive (SSD). You shouldn’t be short on storage, though, as these also come with a secondary hard drive to take care of the rest of your files. And each system is splashed with some RGB courtesy of HyperX DDR4 memory – and yes, the lighting does sync with the front of the case.

You’re unlikely to fall short of ports, with two USB Type-As at 10Gbps, four at 5Gbps, one USB Type-C at 10Gbps, and two USB 2.0s at your disposal. There’s all the usual suspects for audiovisuals, too, including a single HDMI, DisplayPort, and DVI-D. You’ll even get a choice of how you connect to the internet with built-in Wi-Fi, but we would also recommend plugging your OMEN 25L or 30L into your router via Ethernet for a faster and more stable connection. 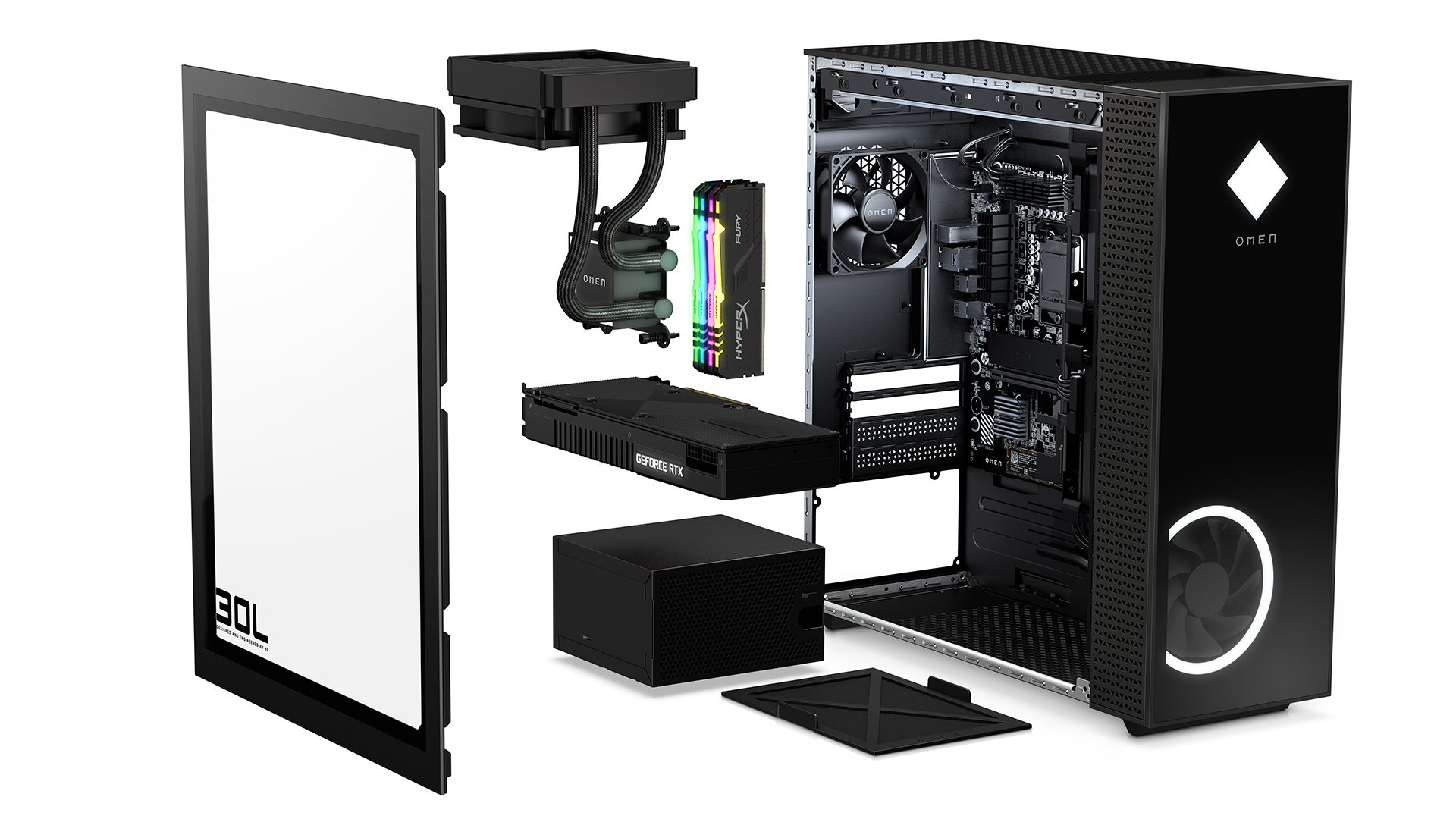 The first thing to take into account is the size of the case. Standing at 17.05” tall, 6.5” wide, and 16.61” deep, the OMEN 30L will take up a little more space no matter whether you’re the type to store it under or on top of your desk. If you have room to house one of these beasts, then keep reading, otherwise skip to the OMEN 25L for a slightly cosier fit. 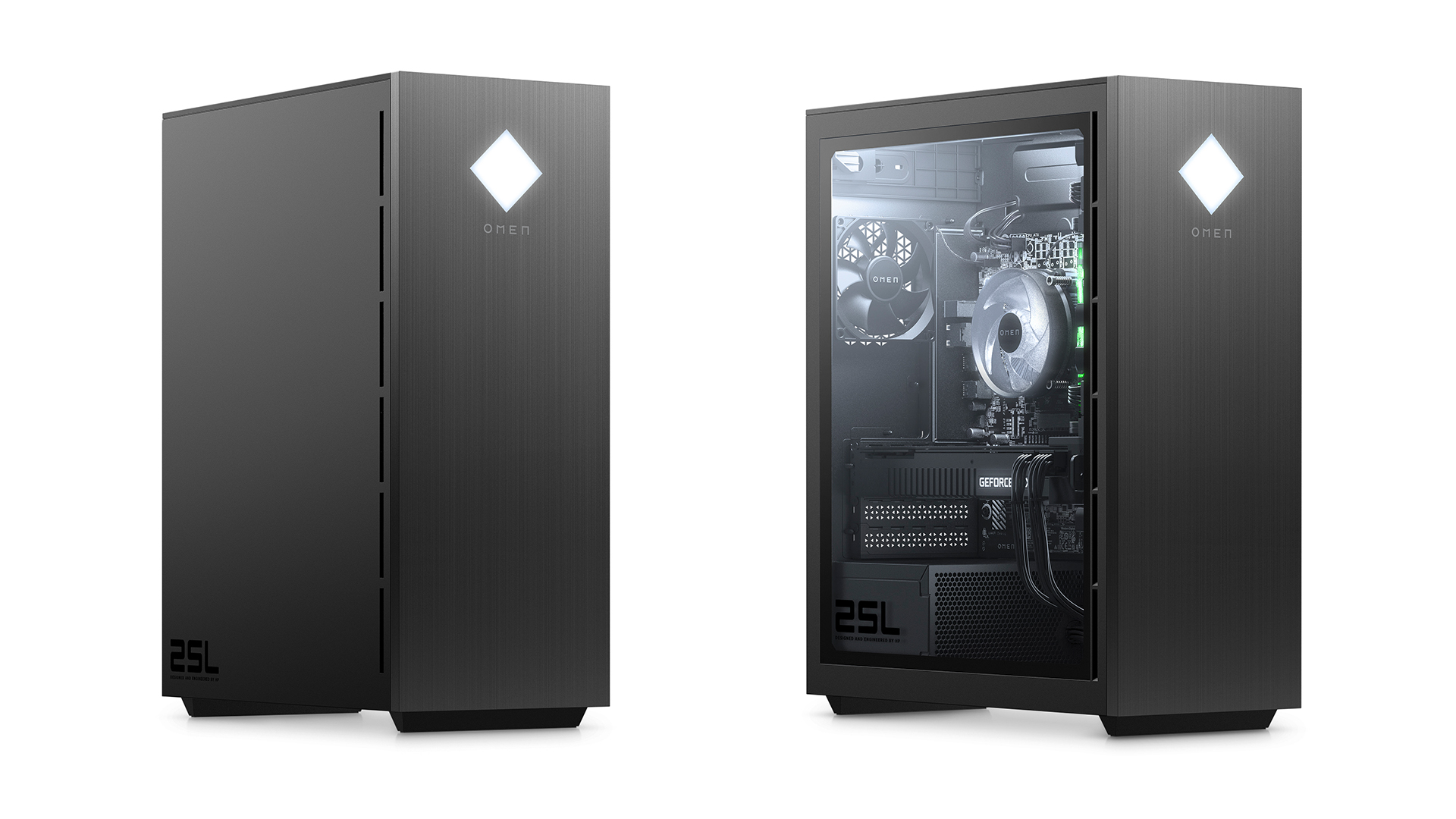 Shaving just a little off the front, the OMEN 25L stands at the same 17.05” height and 6.5” width as its bigger brother, but is just 14.5” deep – perfect for thinner desks. Its prices are quite small too. 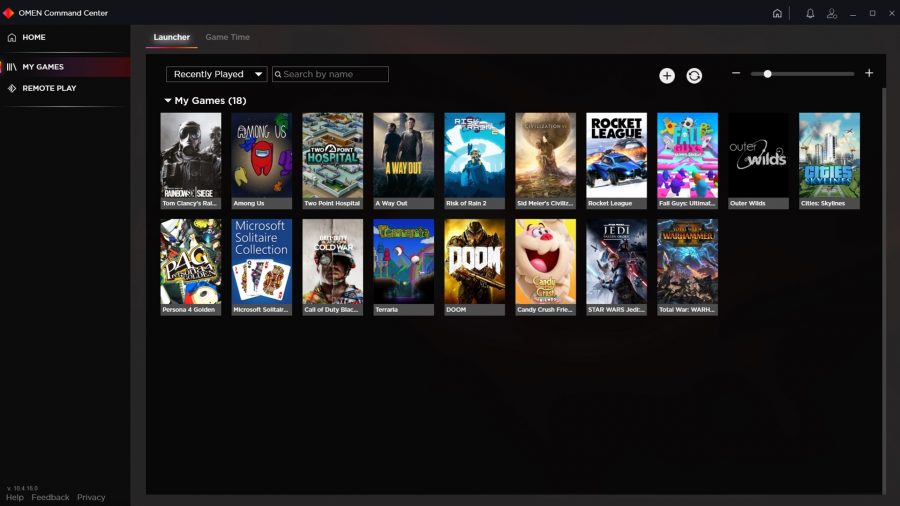 With your brand new OMEN 25L or 30L, nothing will be holding you back from working on your game – and OMEN can help there, too. All OMEN systems come with access to the OMEN Command Center – which does more than just let you change the colour of your PC’s lights.

In partnership with Mobalytics, the OMEN Command Center grants users access to its Gamer Performance Index, which analyses your MOBA gameplay and lays out your strengths and weaknesses so you know exactly what you need to do to improve, whether it’s your lack of participation in team fights, positioning, or the need to farm more in preparation for those nasty run-ins in the late-game.

A year’s worth of Mobalytics is included with all OMEN systems outside of China, but if you find it reducing just how much you’re feeding, you can continue using the tool by subscribing to the service.

And that’s all there is to it. By giving your system an upgrade, plugging it in, and booting up the OMEN Command Center, you could be refining your gaming skills within minutes. Make sure to head over to the HP Store if you want to know more about each configuration of OMEN 25L and 30L, or simply what else OMEN has to offer.