I heard on the internet that there’s a job opening at the top of EA. That’s an exciting job. But if you’re going to do it, you might want to canvas a bit of opinion about EA’s position right now. Here’s some thoughts from a random stranger on the internet who buys quite a lot of your games and thinks your company is occasionally quite good, but has found itself mired in some strange world where you’ve stopped doing sensible things and decided to do the oddest or worst thing possible.

But that’s easily changed. You just need to be good again.

I’ve met and interviewed dozens of developers within EA: to a fault they’re smart and passionate people. That passion isn’t reflected in the way EA is ever perceived. EA is all business: EA a software entertainment corporation.

That’s got to be the first step. 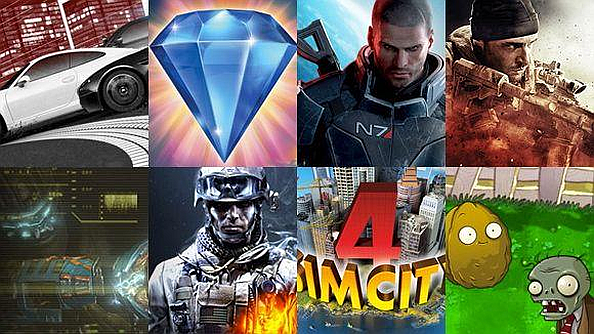 I think EA has forgotten what fun is.

You’re making way too many bad games. Medal of Honor, despite your wounded remarks to shareholders, was a bad game. Syndicate was a bad game. Army of Two is a bad game and I’ve no idea why on earth it keeps getting sequels. The Secret World wasn’t bad, but it wasn’t good enough. Need for Speed: The Run was also bad. Darkspore? I can’t even imagine how anyone could have thought that producing a dark and edgy kids sequel to Spore was worth spending cash on? I quite like Dragon Age 2, but I’m aware I’m mostly alone in that.

You’ve got Battlefield, and you’ve got the Respawn guys. That’ll do for stuff with guns in it this coming generation. You should turn your attention to games with zest and life. A bit of blue sky thinking.

So stop making baldy boring space marine bro-fist me-too shooty nonsense. Those games are too expensive and they’re not selling because they are not good.

Start surprising your audience. There was a time when EA made bright, fun, intricate games that appealed to everyone: games like SimCity 2000, or Magic Carpet. Think of the brash comedy of Road Rash, or the over-the-top brilliance of the original Command and Conquer games. EA published System Shock 2. That’s incredible.

There’s this belief within the bigger publishers that every game has to be a massive hit to justify the budget and marketing costs that come with it. It’s plainly not true. That way of thinking is what got EA into this mess.

Fun is weird. On the PC, we get our fun from odd places. From building recreations of Westeros from our bedrooms in Minecraft, from plunging thousands of hours into the same top-down strategy fights in League of Legends and Dota, to pottering around Europe in a T-34 in the surprisingly realistic World of Tanks, to forming bands of outlaws in DayZ, to jabbing a steak knife into the back of a goon and hilariously vomiting in Hotline Miami

Fun, it turns out, is a fucking brilliant business model.

It might be that the EA of today is incapable of making a game that can be as creative as Minecraft, as engrossing as LoL, or as compelling as DayZ.

Would EA be prepared to start off small, making something experimental and odd? Could EA release a game without a huge fanfare, then improve and update it, week in, week out? Can EA recognise and support the core of a good new idea unless it looks like something else that’s already successful?

Fixing that has to be your number one priority.

And it will mean finding the design talent within EA and supporting them to create without interference. And when they strike gold, it’s about ensuring they have every resource to capitalise on their success.

The Sims began life as an idea within EA. You can do it again. 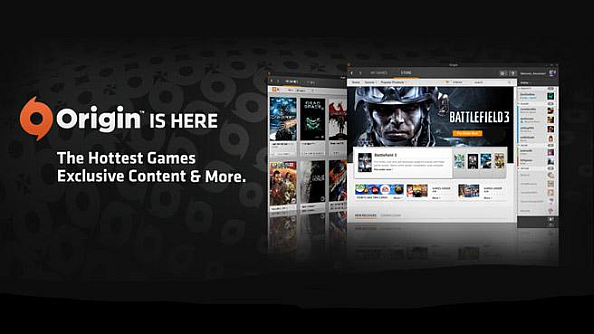 About selling games on the internet.

We’ve heard a lot about how EA have spent the last five years in digital transition; moving from selling boxes to selling bits. I think there are places where EA have absolutely succeeded. Origin isn’t actively bad now: it gets out of the way, mostly. EA’s iOS stuff is pretty good.

But you’re doing silly things. For a start: there should be no reason to shut down servers for games, ever. It just creates a load of bad press for a cost saving of bugger all.

Here’s another thing? Why isn’t EA’s brilliant back catalogue available on Origin? Why can I buy Syndicate and Theme Hospital on Good Old Games, but not on Origin?

More importantly, you might be selling games online, but you’re still thinking of the games as packaged goods. The SimCity launch was an unequivocal disaster. It wasn’t just about the servers not being able to cope.

The servers couldn’t cope because you planned the launch like it was a film release or a console game release. You invited millions of people to log in on a single day. Of course it was going to break.

Betas are about testing your systems and about gathering feedback.

There are so many lessons to be learned from the SimCity debacle. The SimCity beta was two weekends in which players could poke around in the tutorial. Players who took part, willingly weren’t able to either test the game, or test the servers. It was a marketing exercise. A marketing exercise aimed at those who’d already bought the game.

Lesson 1: let players in early to test your games, and act on their feedback. In SimCity’s case, early betas would have quickly allowed you to spot that the traffic management agents in the game don’t act realistically. A simple change like the recent patch would have made all the difference when it came to the reviews.

Lesson 2: be careful how many players you let in. Dota 2’s pretty popular, right? But it was massively oversubscribed. Valve created a structure of a game and grew it very, very carefully. They were able to act and react on concentrated feedback, but also create a sense of scarcity that made beta invitations all the more valuable. I was willing to pay £30 to test the game. That’s more than I’m willing to pay for most completed games.

Lesson 3: don’t have a release date. MMO developers have quickly realised that no server can cope with the demand placed upon it at a specific launch date. NCSoft and most other developers run headstarts, allowing pre-order customers to get into the game and levelling weeks before the official launch. Blizzard have retro-fitted World of Warcraft with a system that allows expansions to be deployed live to their servers, dodging the strain put on their login systems. Put it this way: if I have to queue to play a game I’ve already bought, I’m not going to buy your next one.

Lesson 4: the best pre-order incentive you could ever offer is to let players in early. You don’t need to entice me with a different colour laser sword if I can start tinkering with a recent version of the game right now. Indies know this. MMO developers know this. You should learn this. 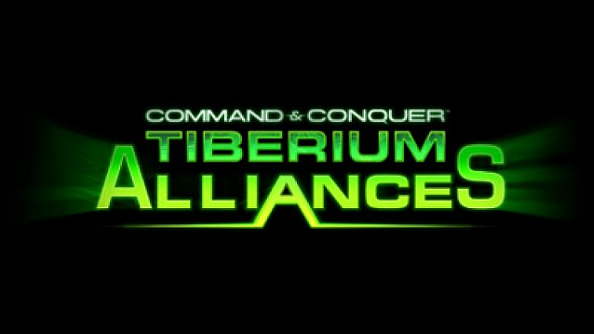 About Command and Conquer

I know it’s not exactly the biggest game on your plate, but it’s important to me. I’ve had a long love affair with the C&C games; I bought a CD-ROM drive to play the original, but god you’ve got to give it a rest.

They haven’t been good for years. The C&C name is no longer useful, it’s a drag. I know you probably think the C&C license is a valuable asset, but it’s been rebooted into oblivion. The whole C&C thing ran its course when you put half the cast of Battlestar Galactica in C&C 3, but forgot to make any good missions. All those people working on C&C related stuff would be better spent making something new.

They are all rubbish. Every single one. SimCity Social was so bad I nearly slit my wrists. Social games demean both us and you. Stop it. 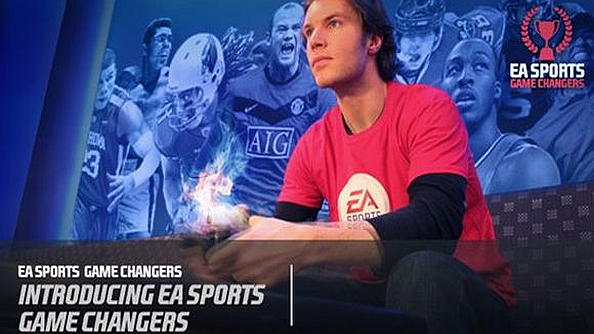 It might hurt to hear it, but they’re always right. You should embrace that.

No matter which way you cut it, the Mass Effect ending was bad. It’s plainly obvious that SimCity doesn’t need to be online all the time. In many cases, you are absolutely fleecing customers above and beyond what is fair in the amount of microtransactions you place in games. The games themselves are too expensive.

This stuff matters. Gamers aren’t writing forum posts about being exploited for microtransactions because they just want to rage. They’re writing them because they’re pissed off; because they trusted that when they spent their cash, they’d get a fair deal. Every complaint about SimCity is someone saying they really, really want to play a good SimCity game, but the online requirement makes the game worse. The rage expressed around Mass Effect’s ending is because we fell in love with flying around that universe in the Normandy, and we wanted it to end on a high.

About your sports games

FIFA’s amazing. I can’t wait to see what you’re doing next-gen with that series. The FIFA team have done an astonishing job. Whatever you did to make such a solid series, do that again with everyone else. 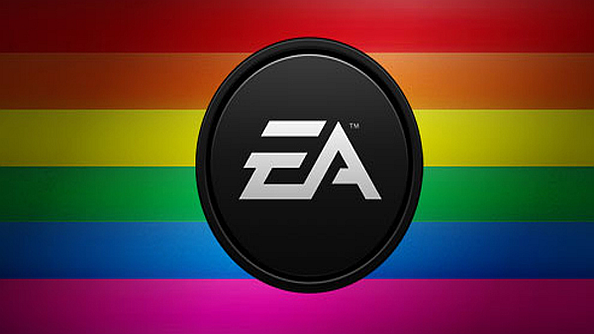 I want you to succeed during the next next generation, because I think you do good things. Pushing back against gun rights groups who want to pin the blame for school shootings on games was vital and important. Supporting the It Gets Better Campaign was absolutely the right thing. Reacting and improving on development standards after EA_Spouse was important.

There isn’t another publisher so vocally pushing to secure and enhance the perception of games in the US. Do more of that.

That’s probably it, but the fine people of the internet will have more ideas in the comments.