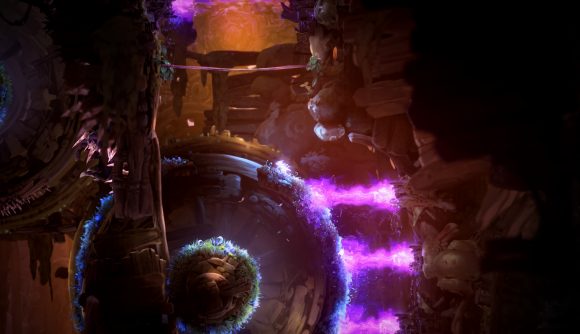 Moon Studios, the developer behind Ori and the Will of the Wisps, has released some player stats for the game, and the numbers are impressive, to say the least. Two million have played the fantastical sequel since launch, and a little over seven thousand of those have managed to beat it without dying.

Moon Studios tweeted a comprehensive breakdown of Ori players, showing various stats and data-points for the platform game. Of the two million that have booted it up, 423,000 have completed it, 45,000 have done it in hard mode, 9,000 have finished it in four hours or less, and 7,100 have somehow managed to clear the whole thing without a single death.

Not that you’d notice given 240 million deaths have occurred, contributing to a total of play-time of 14-and-a-half million hours. That makes sense when you see that hundreds of thousands of Ori fans have unlocked all abilities, found every collectible, and beaten every Spirit Shrine, but still, that’s quite the cumulative time-sink for a game only released in March.

Ori and the Will of the Wisps scored very favorably among critics in our round-up, and we called it “a captivating playground to explore and unravel”.

To everyone who has explored, battled, escaped, raced, and collected light throughout the Forest of Niwen, we thank you. #OriSpiritWeek #OritheGame pic.twitter.com/o8yDV8dZzK

Moon Studios is currently running Spirit Week, a celebration of the community, involving fanart, giveaways, developer AMAs, and more. We have a list of the best adventure games, if you’re in the mood for something else like Ori.