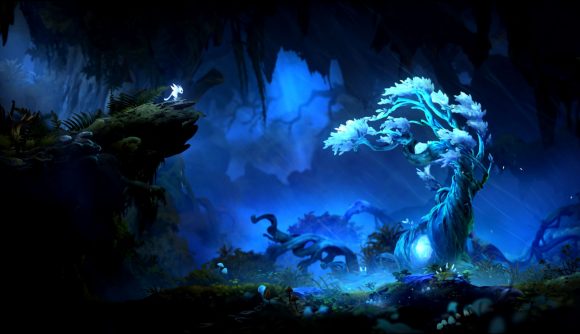 The Ori and the Will of the Wisps release date is mere hours away, which means it’s time to take stock of what the critics make of it and find out if Moon Studios’ magical platformer is worth your hard-earned pennies.

Reviews posted so far are strong across the board, with most nearing the top end of the scores scale. The PC version is currently sitting at 89 on Metacritic (91 for the Xbox One release) and similarly on Opencritic the platform game’s got a score of 90.

In our Ori and the Will of the Wisps review Phil Iwaniuk scored the game a hearty seven out of ten, calling it “a haunting journey through a woodland with a real sense of place”, though he noted its “breadth of mechanics silts up the pacing”. He says it’s got some “Ghibli-grade string arrangements” to enjoy and is “also a game with both breadth and depth of systems”, where, “when things do click”, the “sense of satisfaction as you make your way into new territory or past a previously impassible blockade is wonderful”.

Read on to see our roundup of the Ori and the Will of the Wisps review scores below:

Ori and the Will of the Wisps launches tomorrow (March 11) and is one of the eight March games of 2020 you don’t want to miss.