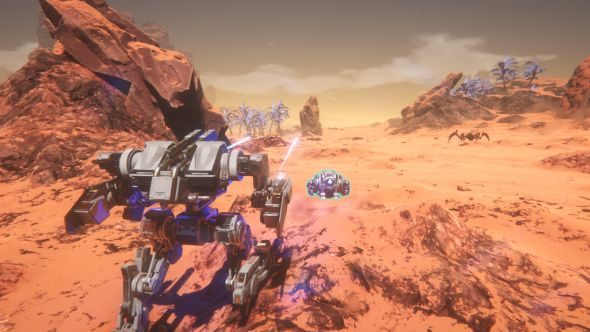 Everyone got something different out of the long, odd story that was No Man’s Sky. In the case of Brian McRae, CEO and founder of Fenix Fire, and their early access space survival game Osiris: New Dawn, it was research as to what they should put in. Watching closely what prospective players were interested in seeing out of Sean Murray and the NMS team, McRae used it as information as to the sort of thing he should consider for Osiris.

Why not try one of these great survival games? At worst, they’ll kill you.

McRae explains that the announcement and trailers for No Man’s Sky gave Fenix Fire confidence regarding their own project, showing that there was interest (and a lot of it) in space survival.

“I don’t want to get into how he was answering and the vagueness and all that stuff because that’s a whole other debate,” says McRae, “but what we were really interested in [was] the people conducting the interviews and trying to get all of those features. So we were like, ‘why don’t we put this into our game?’”

“We had this giant wishlist and we compared it to these [questions] and they were matching up – that was telling us that the community would want a game like this.”

It’s an interesting way of finding out what people want. No Man’s Sky’s eventual state aside, it’s going to have inspired a lot of games going forward. Osiris: New Dawn (on Steam Early Access for £18.99 / €22.99 / $24.99) is probably just the first of many.