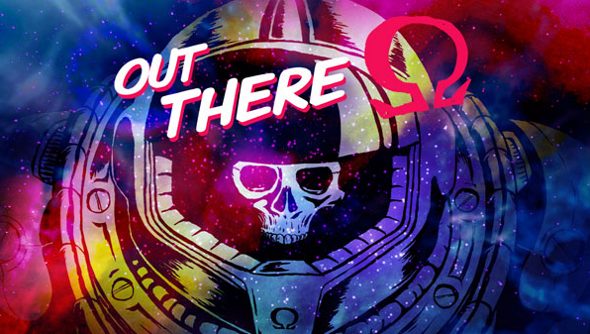 Space is big, and there are no street signs or convenient roads. A glitch in a computer or a rude wormhole interrupting your journey could leave you completely and utterly lost. God forbid you decide to take a quick nap, like Out There’s astronaut protagonist, because chances are you’ll wake up half-way across the galaxy.

I’ve had Out There installed on my phone since early last year, and I’ve yet to finish a game. Or, I should say, I’ve yet to end my journey without dying an ignoble death. It’s a space exploration game with rogue-like sensibilities, and it’s tough, and I’m not very good at surviving.

Almost a year after it launched on Android and iOS, Out There is heading to PC. Designer Michael Peiffert took a break from pondering the dangers of space to fill me in on the big update, Out There: Omega Edition. 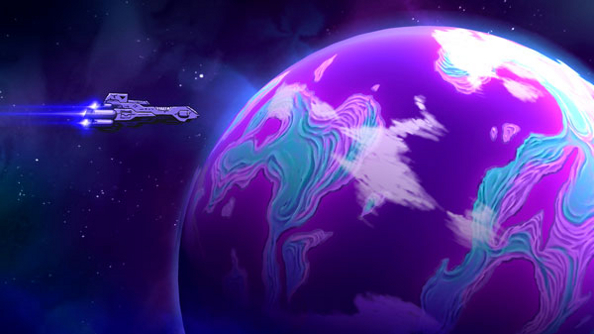 Peiffert describes Out There as, among other things, “a hopeless journey to find your way back to Earth.” Stranded in a distant part of the galaxy with one ship and limited supplies, players have to make their way home by jumping from system to system, exploring the galaxy for resources and technology that will get them one step closer to all the good things they left behind on Earth. Like whisky. And maybe friends and family or whatever.

It really does feel hopeless. The moment you make your first jump, you’re bleeding fuel and oxygen and everything you need to survive. When your ship runs out of oxygen, you’re dead. When your ship runs out of fuel, you’re stuck. And then you’re dead. Those are just the mundane ways that you can die, not including things like weird hostile alien technology or meteors.

Even getting new resources – fuel from gas giants, minerals from the surface of planets – can put you one step closer to failure. It costs fuel to get down to the planet and work the drill, and if you send a probe too far down into a gas giant or push your drill just that extra bit, you might damage your ship. That’s not the end, but it does then cost more resources to repair any broken equipment or hull damage.

While space is clearly very dangerous, none of that hostility takes the form of combat. “The core idea of Out There was to put the player into the skin of a simple astronaut, facing his loneliness. Surviving in space is, in itself, an daily challenge,” Peiffert tells me.

“How we designed alien encounters follows the idea of loneliness,” he continues. “Some of the aliens will flee when you drill their soil, others will welcome you as a god coming from the stars. We also created a universal primitive alien language that you learn slowly each time you interact with those life forms. It adds to the feeling of being constantly by yourself with no way of getting help. I think it’s a more realistic point of view than any other sci-fi games.” 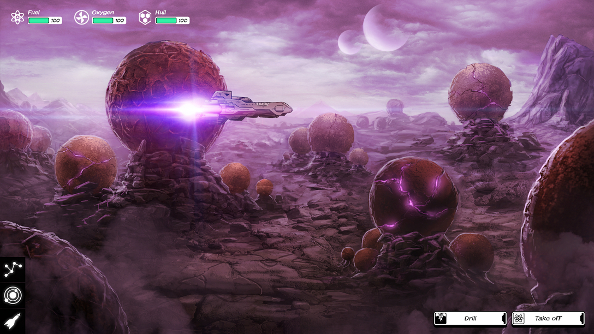 The loneliness, even when interacting with aliens, and the hopelessness permeated throughout Out There, and you can expect the same from Omega as well. I wondered if the challenge that it posed would be toned down, or if difficulty modes would be added, with the game expanding its audience, but Peiffert points out that the challenge is key to the experience.

“We might balance a few things here and there but no other difficulty modes are planned. The ruthlessness and the learning curve of Out There are what our players are praising the most. Space has only one thing to offer to humans: death.”

So it’s a chirpy, optimistic game, then.

Some of the new additions are small things, fixes and tweaks. Out There was primarily developed for PC, Peiffert explains, so it hasn’t needed a dramatic overhaul. It ended up being exclusive to mobile platforms at first because the team didn’t have the resources needed to make it a PC title. It’s now finally making its way over here thanks, in part, to feedback from conventions and expos.

“We had the game running on PC at PAX East and Gamescom, and nobody turned to me and said ‘This is a mobile game’. Instead, they were all asking if it was available on Steam!” 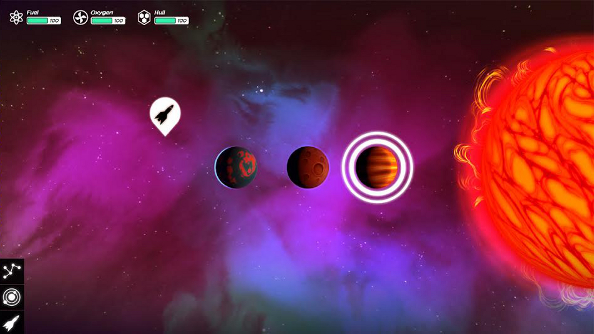 That isn’t to say that there won’t be some striking differences between the original version and Omega. While the crafting system, which allows for the construction of devices that artificially age stars to create black holes, is mostly being left alone, there will be new ships and sweeping changes to the art.

Out There always starts off with players commanding the same ship, the one you woke up on. But seven other configurations can be found floating out in space, with different cargo bay sizes and fancy sci-fi technology. These ships can be commandeered, and all resources from the other vessel can be transferred over. Omega is adding three more ships to the roster, as well as alterations to how ships are maintained.

Some ships will use oxygen as fuel, others are best repaired with thorium, creating tension by inspiring the collection of diverse materials, even though cargo bays are extremely limited in size. Peiffert thinks these tweaks will add an extra layer to survival, while also have the additional benefit of improving ships that were, originally, too weak or too strong.

It seems like the art overhaul is the thing that’s made Peiffert most excited about getting the new version onto player’s PCs, though. It makes sense, since he’s a graphic designer.

“It’s important to say that we were completely broke when we’ve developed the original game,” he explains. “At the time, I was doing graphics and code. As I’m a better graphic designer than coder, I’ve spent too much time on technical development. I had to rush most of the graphics and it left me quite frustrated. The PC port was the perfect opportunity to fix this. Thanks to everyone who bought the original game, we could afford a real developer this time, so I could do my real job : graphics. As a reward, our mobile fans will enjoy the update for free.”

You can see for yourself what effect the makeover has had, below. The first image is from the original Out There, and beneath it is a new screenshot from the Omega Edition. 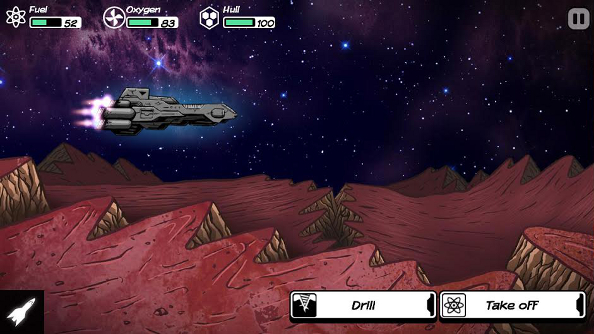 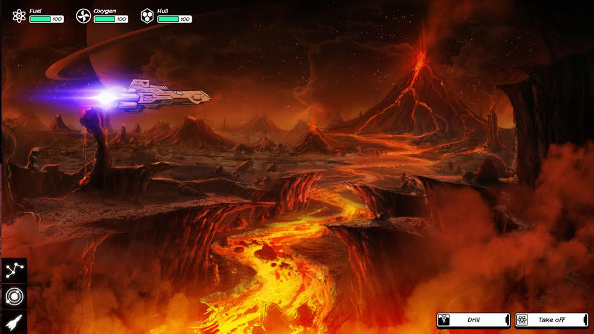 “The focus was also to offer more visual diversity to give a better sense of discovery and exploration,” Peiffert continues. “There are more types of planets, landscapes when you land your spaceship and life forms to encounter. We’ve used a bit of 3D here and there, dynamic lighting… I’ve tried to keep the pulp comics feel of the original game while pushing it to the next level. We also want to show to PC gamers that we’re not joking around. We’ve invested a lot of resources on the port because, as PC gamers ourselves, we have higher expectations.”

New music is also in the works. The tracks will amount to an album in number, and are being composed by The Stanley Parable and Antichamber composer, Siddartha Barnhoom. You can take a listen to one of the new tracks below.

A beta for Out There: Omega Edition will kick off on January 27th. That’s accessible by pre-ordering the game on the official site, which will also net you a free copy of the Android version.