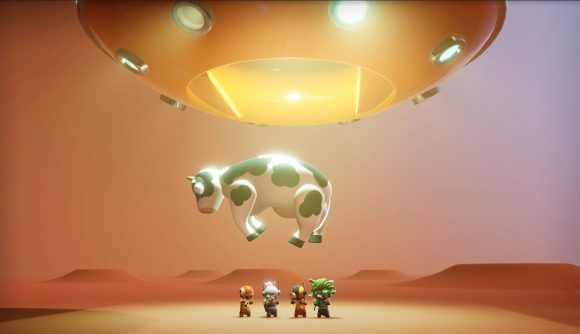 July 15, 2020 This story has been corrected to reflect that the game is for up to eight players.

Earlier this year, Splash Damage – the UK-based developer that’s worked on big-name games like Doom 3, Gears 5, and Halo: The Master Chief Collection for PC – teased a Stadia First title it’s got in the pipeline. CEO Richard Jolly hinted it’s “something that’s fun, unique, and takes advantage of Stadia’s best features”, but other than that, it’s been a complete mystery – until now. Splash Damage and Google have announced the game is Outcasters, a multiplayer shooter with a simple but intriguing twist.

As revealed in a briefing shared with PCGamesN, Outcasters is an upcoming online multiplayer game that sees players take each other on in stylized, almost toy-like arenas, with visuals and characters that are a little reminiscent of Overcooked and Cannibal Cuisine. So, a little different from Splash Damage’s usual fare.

As for that twist, the upcoming PC game’s core mechanic is a curved shot. As you can see in the trailer at around the 14:40 mark below, the colourful bolts and blasts fired by the little avatars tearing around the multiplayer game’s themed arenas have the ability to bend around corners, adding a unique element of surprise and skill to its gameplay.

To master the curved shot – and keep clear of unpredictable enemy blasts – players will need to stay on the move, think creatively, and work with their teammates to score match victories. Gulp. In addition, Outcasters has a roster of various character abilities, which should add some extra surprises into the mix.

On top of this, there’s also the chance to scoop up pickups mid-match that can change how your curved shots work, adding another dimension of depth and randomness to each round.

Another core facet of the game is its extensive character customisation. As revealed in the briefing, players will get the chance to unlock various goodies and abilities through progression and collection in-game. There are loadout customisation menus that can be packed with outfits, hats, accessories, expressions, and other options to let you express your own unique style through your character, from pirate-style gear to an ice cream cone hat, and pretty much everything in between. 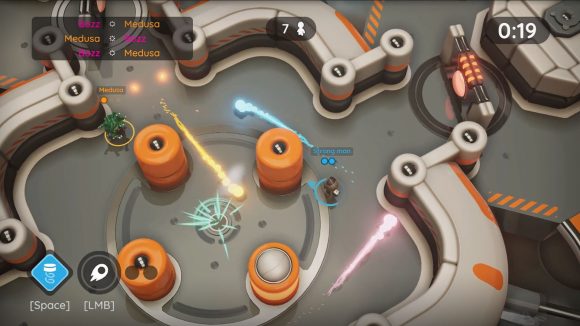 The game, which gets up to eight players battling it out, will launch with two game modes: Last Caster Standing and Gold Rush. These are pretty self-explanatory, with the former seeing players battle to be, well, the last caster standing, as an encroaching ring surrounding the arena draws closer, pinning players into a close quarters shootout.

The second really taps into Splash Damage’s approach to teamwork, collaboration, and building friendships through the multiplayer experience, which Jolly highlighted earlier this year, saying: “When choosing our next projects, whether it’s working on certain franchises or platforms, we always go back to that goal, ‘How do these projects or platforms help us ignite friendships?’. With Stadia it made perfect sense immediately – the platform is removing friction and allowing people to connect and play with each other instantly”.

Gold Rush is an objective-based mode all about teaming up to capture banks that spawn around the map, and pinch coins scattered about and dropped by opponents you take down. 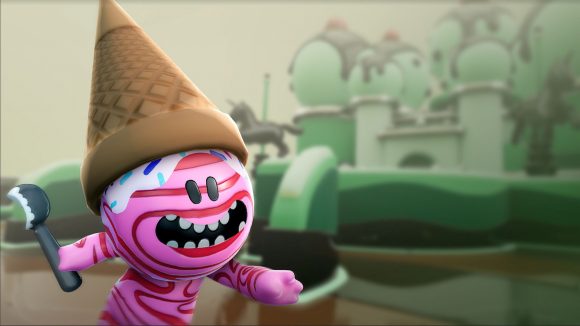 Plus, there are already ideas cooking away for a roadmap that’ll bring new modes, maps, and characters to the game going forward, too, which will evolve alongside its playerbase on Stadia.

There’s no exact Outcasters release date or window to scribble down just yet, but you can get a good first look at the game via the trailer above. Hopefully we’ll hear more about what’s to come in the not-too-distant future.