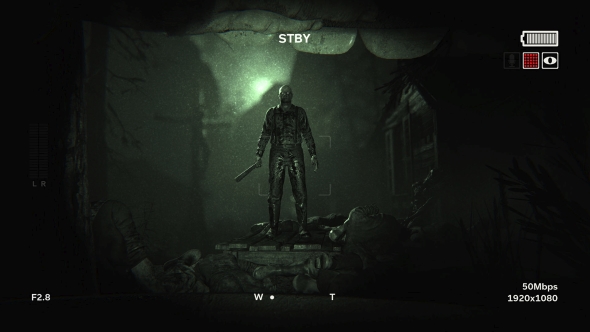 There’s a skeletal woman muttering Biblical passages in Outlast 2, and boy does she hate you. I can’t think of another kill animation in games that’s quite as torturous as hers; a downwards cleave with a broad-headed axe that strikes with a sickening squelch right in your crotch. Your first person view lingers on the scene for a moment, blood erupting like a geyser from the area that used to be your… equipment, before you’re finally offed.

If she doesn’t do that, the ol’ girl drives the shaft of her polearm through the same area, leaving you impaled to the ground with the crucifix-shaped weapon protruding from between your legs. Basically, it would appear that Outlast 2 has a bit of an obsession with wangs.

As if it wasn’t obvious by now, Outlast 2 is a grisly, nasty game. It goes beyond its predecessor in terms of graphic horror, stomach-turning kills and gory set-dressing. Even when it’s not forcing you to hide in barrels of blood or crawl through the gutted remains of cows, the game has a thick atmosphere that makes you constantly uneasy. You know those moments in horror films when the fearful protagonist stares around wide-eyed in a moment of deafening silence, sort of half-hugging themselves? Outlast 2 is like that all the time, except when it’s cutting your John Thomas off. It’s the sort of game where you need to take a shower after each session. 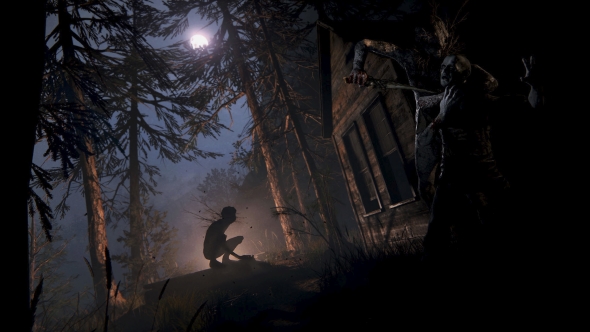 Such atmosphere isn’t just down to the gore and grimness. The soundtrack is terrifying; my previously mentioned lady friend comes accompanied by a theme that bombards your ears with a din akin to a church full of wailing torture victims. The setting – a sort of deep-south American plantation that’s home to a Christian cult – hits a few of the same southern gothic beats that we last saw in Resident Evil 7. Splintered doors, collapsing barns, and dirt-track roads feel actively oppressive, their gnarly edges casting eerie shadows. As you creep across the area, doors can be shut and bolted behind you, providing a little extra time before dungaree-wearing hicks burst through swinging a machete sharpened just for you.

Talking of enemies, there are far more of them than in the original Outlast. Where the first game felt built around single, recognisable enemies that would stalk you through specific areas of the psychiatric facility, the sequel is composed much more like a stealth game. Areas can have as many as five or six generic enemies patrolling them, each one being almost guaranteed death should you come within a meter of them. The change in level design supports this; rather than the tight corridors of an asylum, Outlast 2 is made up of open farmyard areas. Crawling from barn to outhouse, hopping through windows, and hiding in oil drums make up the bulk of moment-to-moment gameplay. For the most part, it does stealth horror remarkably well. 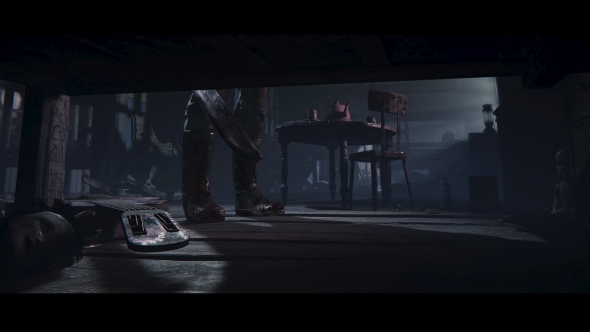 There is a snag, though, and it’s a big one. The transition to more open environments, plus more enemies to avoid, combine to create a frustrating experience. Open areas are, understandably, more difficult to traverse than the corridors of a hospital. There’s no obvious route to take, and the heavy fog effects used here mean it’s often difficult to see more than a couple of meters ahead. Distant lights often signal the direction you’re supposed to head in, but just as often they lead you astray. A lack of environmental signposting means that, more often than not, Outlast 2 has you scrambling around an area with no idea how to progress. The building panic of being pursued by enemies you can’t combat makes it increasingly difficult to assess where you’ve been and what you havn’t tried yet. The end result is repeated haphazard trial-and-error attempts, with the first example of this being just ten minutes into the game. Scrambling around in the dark, praying you fall upon the right direction, is frustrating rather than frightening.

This sadly means that, for all of Outlast 2’s victories in atmosphere and grim visuals, it’s largely annoying to play. And that’s a real shame, because in the moments where components fit just right, it’s the ideal sequel. The dong-obsessed lady feels as terrifying and iconic as Chris Walker did in the first game. The stealth mechanics are largely great, and the way your character’s hand grips the edge of walls as he peeks around offers a real sense of being grounded in the world. Furthering that is the in-game ‘menu’, which manifests as the camera pitching down to look at your body. There you can see your pockets to check how many batteries and bandages you have, plus check the LCD display of your camera to review the footage you’ve filmed and read photographed documents. This physicality creates a game with a real sense of weight. There are also segments set inside a creepy school, and the way it transitions from the main locations to the school is beautifully seamless. There’s so, so much good in Outlast 2, but it’s all built on foundations that just can’t support fun, frustration-free play. 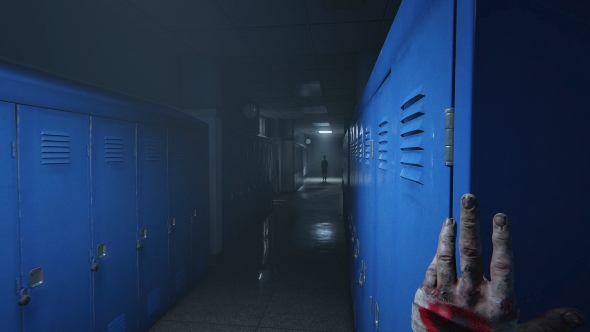 I’ve yet to finish it, but I will see Outlast 2 through to conclusion. Its disturbing cult-based mystery certainly has a hook to it, and while I’m sure it won’t change my mind on the game as a whole, I’m intrigued to see what kind of horrors the story will force me to endure in its closing act. It’s just a shame that to get there I’ll likely have to push through more generic barn areas, scramble around in the dark and fog while desperately searching for the exit, and die time and time again in situations that would have been avoided with improved level design. Red Barrels should be commended for trying a different approach to their sequel, but unfortunately it’s just not the instant horror classic the first game was.