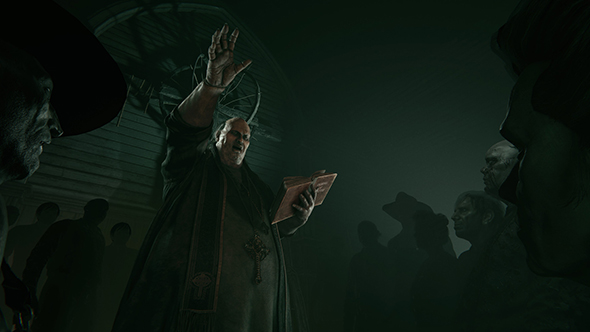 Outlast was a standout during the indie horror boom, and the original game as well as its DLC and sequel have remained some of the finest examples of the genre. Despite – or perhaps because of – action so violent it’s nearly been banned in Australia, Outlast has been a tremendous success for Canadian developers Red Barrels, and there’s more on the way.

Want more thrills? These are the best zombie games on PC.

The Outlast series has now sold 15 million units, studio co-founder Philippe Morin tells GamesIndustry.biz, generating $64 million in revenue. Even chopped down to $45 million CAD once distributors have taken a cut, that’s still impressive for a small studio, particularly when they’d struggled to find early investment and were running out of cash by the end of the first game’s production.

Though Morin says the plan from early on “was to start a franchise,” following the release of Outlast 2 and nearly half a decade of work on the series, the team wanted to “do something completely different” for their next project. They eventually decided to return to the Outlast universe, though the new game currently in planning is “a departure” from the gameplay of previous titles.

It’ll likely be a while before we hear much more of this new game, however. “We’re prototyping,” Morin says, “and the way I want to approach this is to get a prototype that we’re really happy about, and then figure out the best way to get it done. Are we going to need the same kind of budget? Can it be lower? Right now, I don’t know.”

Red Barrels previously mentioned this game in a Facebook post back in December, saying it was “something a lot of you have been asking for.” In that same post, they say that a proper Outlast 3 will be made “at some point,” and that “answers will be given,” though it’s clear that this spin-off game is something entirely separate.