Are you trying to find the perfect Outriders legendary armour for your build? Finding the right pieces of legendary armour can transform a good build into a great build, giving you the strength to tackle the most challenging enemies in the game. Each piece of legendary armour comes equipped with special Outriders mods tied to that armour set, and there are set bonuses depending on how many pieces you can find.

The drop rate of legendary gear is highly dependent on your Outriders world tier – increasing the difficulty level will also increase the legendary drop rate. You can improve your odds of finding better gear by going to Outriders farming locations. Repeating the same missions can be tedious, but it’s a small price to pay if you want the best armour Outriders has to offer.

Creating the ultimate build requires legendary armour, Outriders legendary weapons, and a lot of time spent in the crafting menu. Once you’ve acquired the right pieces of equipment, you’ll want to read our Trickster, Pyromancer, Devastator, and Technomancer build guides to see what each class is capable of.

HOW TO GET OUTRIDERS LEGENDARY ARMOR

Aside from being very lucky while playing through the game, there are two methods you can use to guarantee a legendary armour drop. The first method involves completing ten Monster Hunt quests. Turning in the tenth quest will reward you with a free piece of legendary armour. After receiving the reward, you can reset the quest chain to start the process over again.

The second method requires you to complete the game first to unlock Expeditions, a set of challenging missions that offer the best rewards in Outriders. Completing an Expedition will reward you with Drop Pod resources which can be used to purchase legendary armour. This can be time consuming as expeditions are not easy to get through, but it’s one of the few guaranteed ways of unlocking Outriders legendary armour.

The biggest advantage of acquiring legendary armour through this method is that you can choose exactly what you need instead of relying on luck. 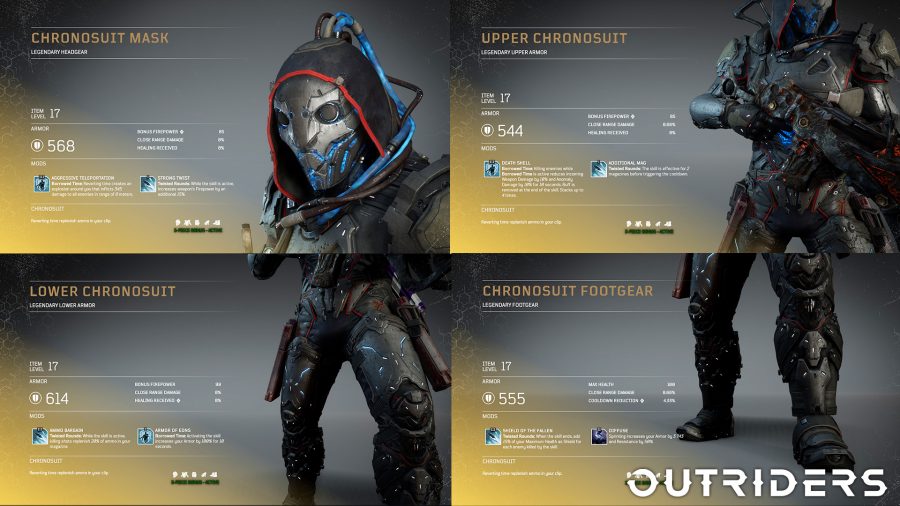 Ugake Otarah set three piece bonus: Hunt the Prey does not consume cooldown when teleporting behind an enemy marked with Venator’s Knife. 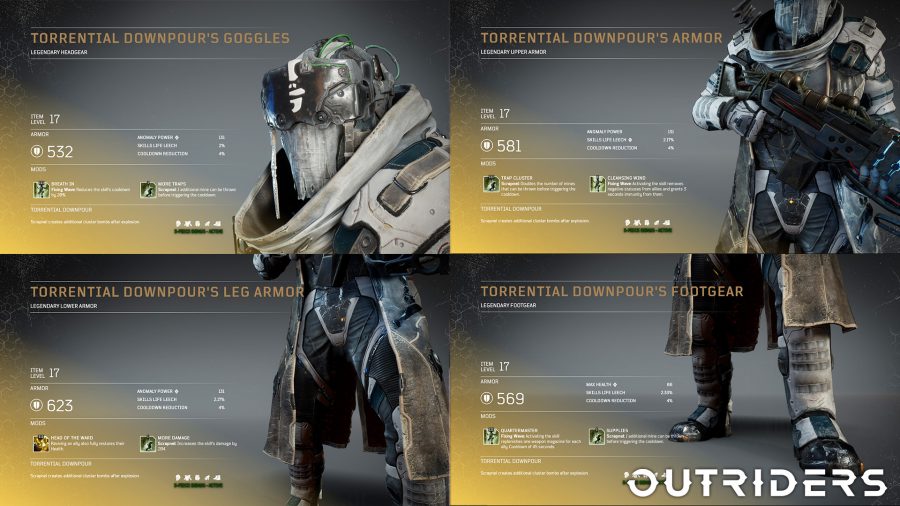 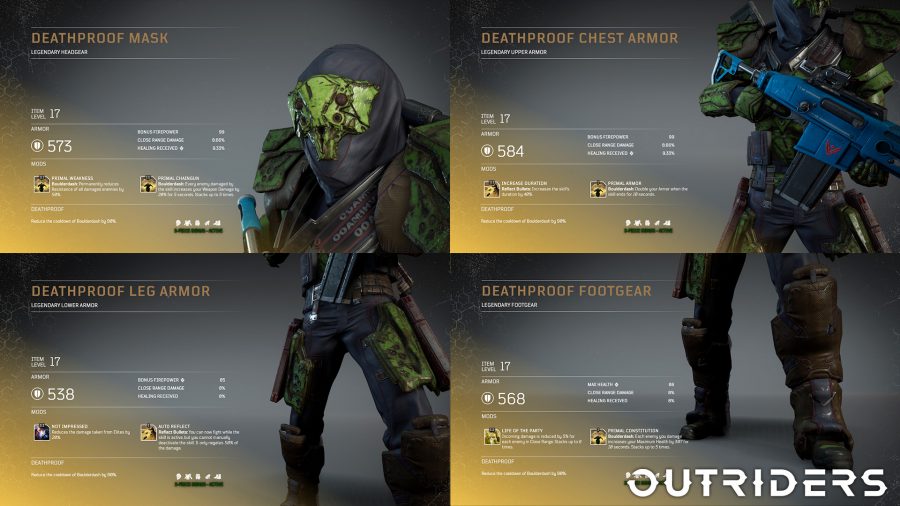 Statue set three piece bonus: Using either Tremor or Golem doubles your Firepower and doubles weapon skill leech for you and your teammates. 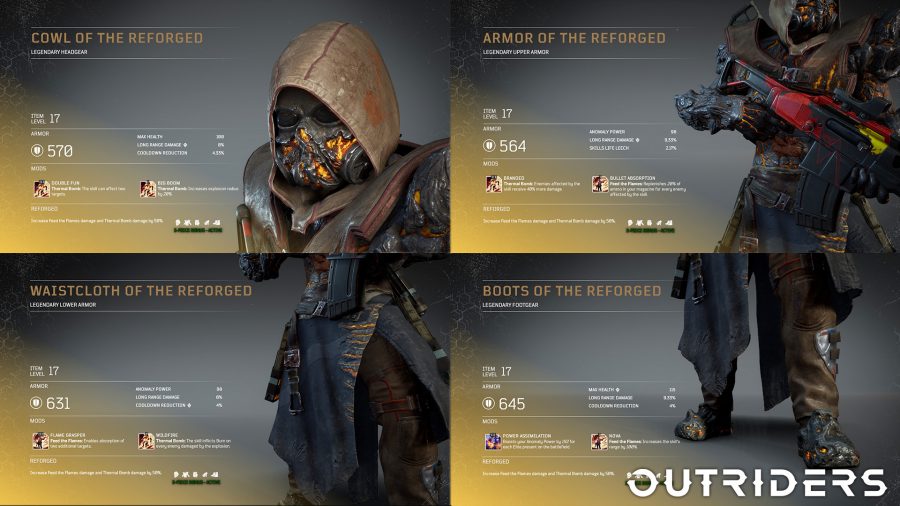 And that’s all of the Outriders legendary armour we’ve discovered. If you still haven’t made up your mind on which Outriders class you want to play, now is a good time to check out an overview on each path.