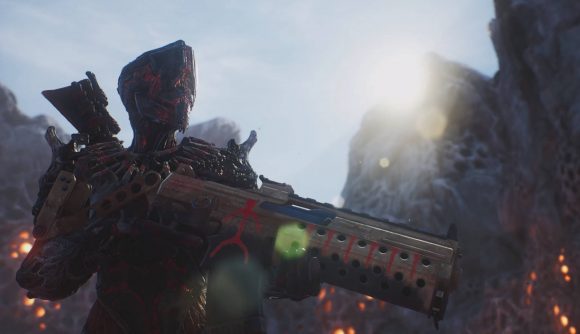 Unfortunately, Outriders has not had the smoothest launch, suffering server issues as soon as the full version became available. Developer People Can Fly has been hard at work resolving the problems, and says the situation is gradually improving.

The official Twitter account has been tweeting routine updates on servers and other issues. At the end of Saturday, April 3, the studio commented that things are getting better, and the devs are working flat out to make the action-adventure game playable for everyone. “Our servers are continuing to improve as the team is working hard to stabilise them in the longterm,” reads the message.

Outriders has attracted a high player count, and a number of other bugs and glitches have emerged over the last couple of days. The team is referring people to a Reddit post that serves as a master list of known issues, and fixes and workarounds. One quest, ‘A Bad Day’, was causing stuttering and crashing that’s since been fixed. In a follow-up tweet, the studio says it plans to “share more specific details” in a post-mortem about what’s actually happening to the servers, and what the solutions were.

You can keep an eye on the server status here.

Our servers are continuing to improve as the team is working hard to stabilize them in the longterm.

Should you encounter any further connectivity issues, please do keep an eye on https://t.co/HIe8zTGubJ

We have guides for Outriders classes, Outriders farming locations, and Outriders legendaries, that are good for if you’re able to play, or if you need some reading material while you wait.