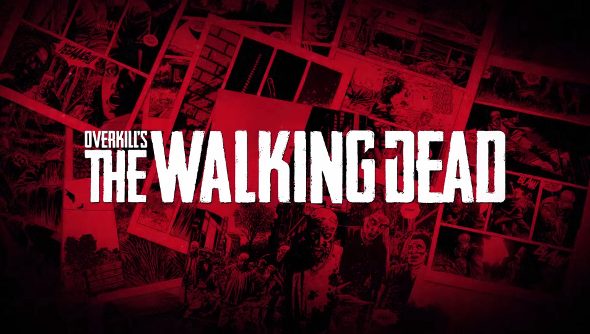 The co-op survival horror game was revealed last week. “We are staying true to the original, gruesome storytelling that Robert is famous for and that we know that the fans of The Walking Dead love,” said Overkill.

Overkill’s take on The Walking Dead will be set in the comic universe rather than the TV version. Which is perhaps for the best given the last game to come out of AMC’s series.

“We’re working with Robert himself,” said Listo. “Seeing as he writes the comics, it’s only natural that we’ll focus on that. Personally, I love the focus on horror in the comics. We’ll focus on new characters and new storylines, same universe.”

List reiterated that Overkill had creative control over the project as well even though they’re working with Kirkman and Skybreeze. “It’s the same crew that did PAYDAY: The Heist and PAYDAY 2, some old Starbreeze vet’s + a few more cool people that I’ve headhunted myself – very excited to share the news about them in the coming months. Robert and everyone and Skybound are the perfect partner – this will truly be something different. For the first time we’re independently financing and creating the game ourselves. We have full creative control, the money to pay for it, a great IP to play with and the community – you included – to help us give feedback and make it the coolest co-op experience ever.”

The promise of a co-op survival horror is certainly an appealing one. There’s something even more unsettling about playing with someone else and hearing their shrieks of terror or their character’s death gurgles when they wander off without back up.

It’s still early days, so there wasn’t much more to come out of the AMA in regards to The Walking Dead, but take a gander for a mountain of Payday 2 stuff.