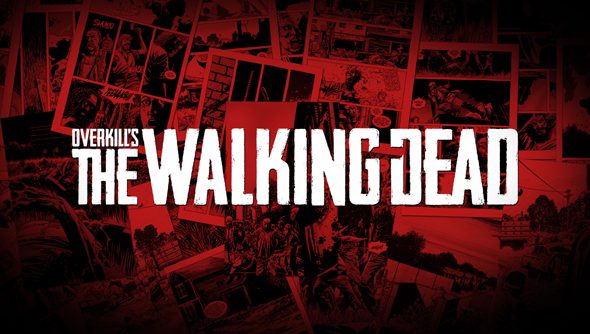 Payday developers Overkill are working with Walking Dead originator Robert Kirkman on a co-operative FPS set in his much-munched America.

An intense “survival horror” game that incorporates bits of action, role-playing and stealth, Overkill’s The Walking Dead will be published by the studio’s owners, Starbreeze. But Overkill are “in charge” of development and have “full creative control”, an FAQ reveals.

It’ll be set in Washington, and that’s significant – Telltale’s Walking Dead adaptation and AMC’s TV series have both concerned themselves with Georgia.

“We are staying true to the original, gruesome storytelling that Robert is famous for and that we know that the fans of The Walking Dead love,” said Overkill.

The game’s first teaser trailer is a grim vignette in which an unseen character quietly, unforgivably, lets an awful thing happen. And then, as TV Walking Dead’s Daryl would put it, ‘opts out’.

“I’m a huge fan of what Overkill and Starbreeze have been able to do with Payday 2,” said Kirkman in a message at the end of the trailer. “It’s just an amazing co-operative game and I’m excited to be able to announce that Skybound is partnering with Overkill to make a Walking Dead game.

“I’m happy to say that it’s the co-op game that all of the Walking Dead fans have been waiting for.”

Ongoing development of Payday 2 and its DLC won’t be affected, and a Walking Dead-themed ‘Lucille’ baseball bat will be handed to the Payday community for free.

There’s already a Walking Dead FPS – but it’s widely considered to be bum. Are you happy to have this one?