Overwatch 2’s BlizzCon 2019 showing is, as you might expect, hugely popular. The lines for the game rival those for Diablo IV – another sought after Blizzard game with no launch date in sight. Despite this, the playable demo shows off two aspects of the new game: the first, a new PvP mode called Push, is great fun, if just an iteration on Overwatch payload missions; the second, a story mode for single player/co-op missions, feels simplistic and still rough.

I, along with plenty of other people, adore the idea of PvE Overwatch. Those amazing characters create endless opportunities for effective teams, and the ability to be completely overpowered against your enemies is irresistible. The reality, however, is unfortunately less thrilling.

The demo has me and my team play Mei, Reinhardt, Tracer, and Lucio through three separate stages in Rio: a fight through pretty underpowered robots, a fight against slightly less-underpowered robots, and a boss. It feels a little odd to be playing co-op with four players, rather than six, and if you have a regular team for Overwatch, what are the other two supposed to do if you decide you want a bit of co-op fun?

Once you’ve chosen who to abandon, however, things pick up. Enemies attack from all angles, including from the air, which adds some variety, and the AI is pretty good. Even so, it’s nothing like playing against real people, and in some ways, that makes story mode feel a little slower than the original Overwatch.

While it’s great feeling so overpowered against enemies, we only lose one teammate on the entire run playing on Normal difficulty – a greater challenge would have made proceedings more engaging. I suspect things will need to be tuned up a little for hardcore players. 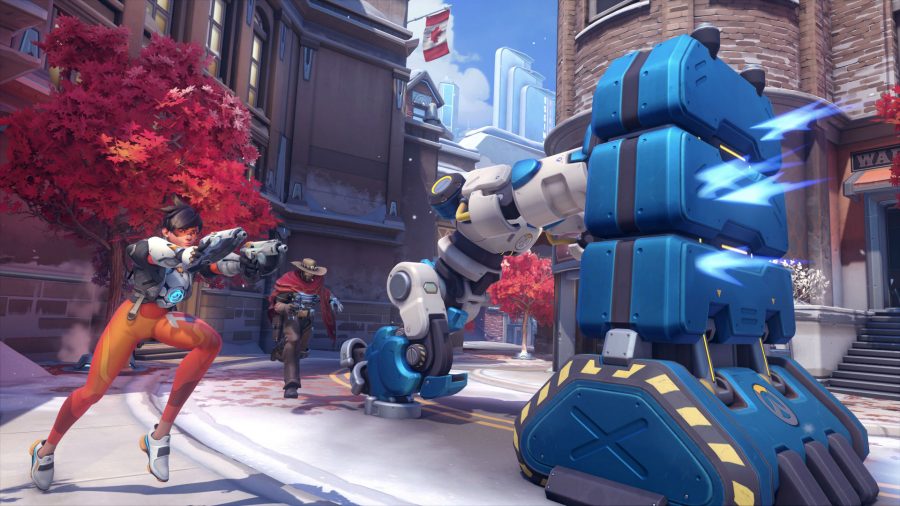 The whole experience plays like an extended Overwatch Archives event, and that’s not always a good thing. Even so, I do appreciate the ability to wing some larger robots, blowing up their guns before I take them down altogether, and the occasional moves smaller bots make to target a particular member of my team or flank us are amusing.

Items periodically drop from the sky, and while these initially induce some confusion (are they one-time-use? Repeatable?) we soon discover that they’re reusable with a frequently long cooldown. They offer new abilities and power-ups, including offensive toys like a turret and defensive ones such as healing areas. In general, we hoard these for the appearances of bigger bad guys, which seems to work fine.

We don’t get a chance to test player progression, since that builds up over time as you play more maps. The teasers Blizzard shows look fun – yes please, I’d like to turn Mei into a giant snowball. Making frozen enemies into bombs that damage their allies when they die? Sure! – but we’re restricted to two base abilities. I like Archives, and the demo ends up being more enjoyable than those even without progression, but I’m still having trouble imagining it being reason enough to pull me and my friends back in for a substantial amount of time.

It’s worth mentioning, too, that the cutscenes which move you and your team along from one section of the story to the next are characteristically wonderful. Overwatch’s videos, both in game and as separate storytelling devices, have always shown off stunning quality and writing, and these ones offer a little taste of both as characters show off iconic abilities and crack jokes. Through them, the story is moved along as inexorably as a payload.

In order for Overwatch 2’s single player/co-op experience to stand on its own, it needs to be fully featured and well developed as a standalone, amazing shooter RPG. It’s definitely not there yet; this still feels like an add-on to the core PvP gameplay. It’s possible that this is why Kaplan says we’ll still be talking about Overwatch 2 at next year’s BlizzCon - a tacit confirmation that this game will not launch until at least then.

Due to the fact that there is nearly no crossover between the two parts of the game – understandable, given that Overwatch game director Jeff Kaplan has made it clear that all PvP elements will be available to owners of the first Overwatch, and without making Overwatch 2 characters any more powerful in PvP play – the co-op game has to stand on its own. I could see the addition of skins and other cosmetics as a draw to play co-op for PvP players, but I’m still having trouble picturing this new home as a place they’d want to stay.

Happily, the PvP experience is much more successful. Push, the new “core mode” for Overwatch 2 and (when it launches) Overwatch players, has the team escorting a cheerful robot pushing a small mechanical wall through town. He’s eager to let you know how really terribly excited he is to be there, which is charming, and each team fights to recruit him and get him pushing the wall toward their objective. 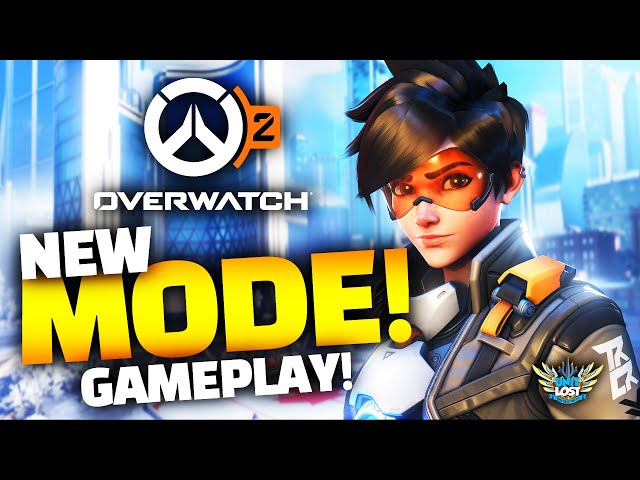 To win, one of the teams needs to push to the end, and that means flanking can occur in both forward and backward directions, especially since the direction of the ‘payload’ changes frequently if the teams are well-matched. This makes for some fun moments during my session, allowing sneaky opponents to circle back around through buildings and across rooftops alongside and behind as the robot passed through. It’s a hoot.

The BlizzCon demo is just a taste of where the game is heading, and that’s a good thing in more ways than one – the single player/co-op experience, in particular, needs massive amounts of attention. But if Push is indicative of what we’re going to get for PvP when the Overwatch 2 release date comes around, Blizzard’s project will be a fun, if mostly iterative, addition to the Overwatch universe. But without more-significant changes to the core gameplay, it runs the risk of feeling like another add-on, rather than a true sequel.