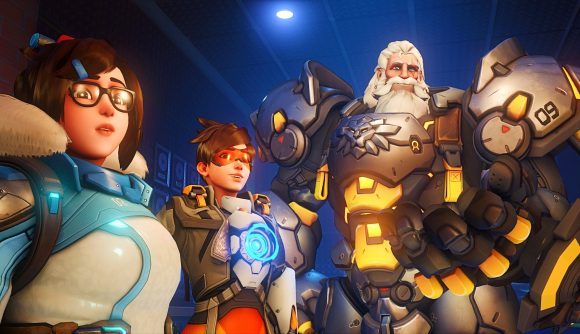 Overwatch caught plenty of attention when people checked out the beta to see what the buzz was about – including yours truly. It looks like it’s going to be the same story with Overwatch 2, with one developer from Blizzard saying there will “almost certainly” be a beta for the upcoming PC game.

Blizzard hosted an ‘Ask Me Anything‘ session on Reddit to mark the game’s fifth anniversary. Naturally, many questions were about Overwatch 2, but Blizzard was happy to answer some of those queries. One fan asked if we are getting an Overwatch 2 beta, with technical director John Lafluer answering “almost certainly, yes”. He then joked, “if I knew when, I couldn’t tell you. If I told you, I’d have to kill you”. Lafluer didn’t give away a date, thankfully, so we assume the fan is alright.

Elsewhere, Blizzard also delved into what the planned Overwatch 2 Bastion rework would look like. Lead hero designer Geoff Goodman explains that the team still wants the robot to have colossal damage potential when used right, but the devs also want to make sure that playing him isn’t solely about your skill in aiming.

First up, Blizzard is changing Bastion’s recon form weapon to give him more range. Goodman says this should make him more valuable and help create some separation between this and his sentry form. Speaking of, the team is looking into making Bastion more mobile in his sentry form. Goodman says the idea “the cost of reducing his mobility to gain huge damage is still interesting”, but the penalty to his movement is a tad too harsh.

We don’t have an Overwatch 2 release date just yet, but you can find everything we’ve put together about the Overwatch 2 heroes and how they’ve changed at the link.