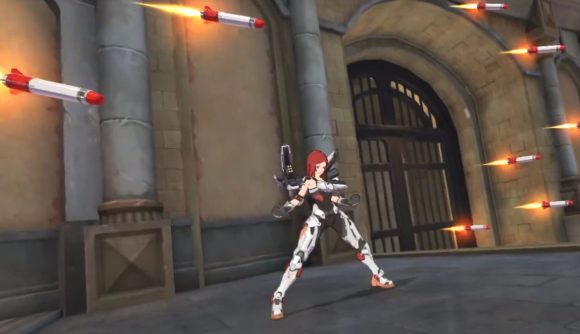 Tencent, parent company of League of Legends developer Riot Games, has unveiled its new mobile game. The title, which is named Ace Force, is set to release in China on August 13, but fans of US studio Blizzard will likely recognise elements of the upcoming hero shooter from their time with Overwatch.

A trailer shared for the game was shared by industry analyst Daniel Ahmad earlier today. You can check the video – complete with anime intro – out for yourself further down this article. While most of the character design seems to differentiate itself from Blizzard’s offering, a couple of grouchy old men are reminiscent of Soldier: 76 and Reinhardt, while one female character looks an awful lot like Pharah.

For me, however, the level design is even more striking. A montage toward the beginning of the trailer shows off a number of maps, many of which bear particular similarities to Overwatch’s equivalents – Eichenwald, Nepal, and Volskaya Industries, among others, all seem to have left their mark on Ace Force.

Fortunately, the gameplay itself does appear to set the games apart a little more. Team Deathmatch and King of the Hill modes are FPS staples, but the Invasion mode mentioned in the trailer looks interesting.

The game is a hero shooter. (Basically what if Overwatch was on mobile). pic.twitter.com/PWbRwBbL3e

What really caught my eye, though, is the final game mode shown off in the trailer. Titled ‘Barking Royale’, it looks like it pits you against tiny dogs. That might be adorable, except those pooches have guns, and for some reason or another, you’re supposed to dispatch them.

The mobile market is no stranger to games riffing off of other titles, and I’ve seen far more egregious examples than this over the years. Tencent also has history in following popular gaming trends such as MOBAs and battle royale, so Ace Force comes as little surprise. That said, maybe Barking Royale will prove to be the next big thing.