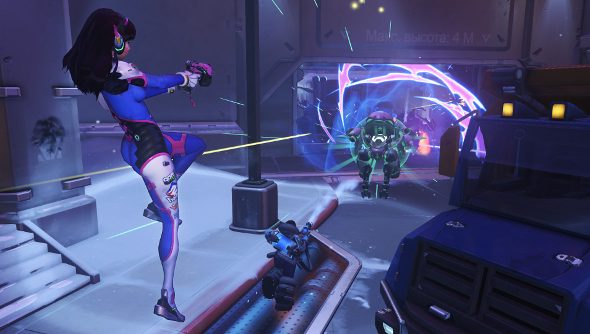 With Blizzard still tweaking and testing Overwatch’s balance and features, there’s a lot we don’t know about what the game will look like at launch. For instance, will it have ranked play? Blizzard aren’t even sure about that.

Take a gander at our full list of Overwatch characters.

In response to a query made in the Overwatch beta feedback forum, where a player asked what goals and progression we’ll be able to expect, like ranked play and ladders, game director Jeff Kaplan jumped in to give an answer, albeit a vague one.

“We’re very excited about a ranked play mode. If this feature does not make launch, it will be one that we focus on post-launch.”

So if it doesn’t end up in the launch version, at least it will presumably follow soon after.

Kaplan also confirmed that Blizzard are looking into stopwatch integration in Payload maps, which means that in a scenario where both teams have captured the same number of points, the team that does so the fastest wins that round.

Better feedback in regards to things like kill notifications crosshair customisation are also being considered, while the ability to opt out of the in-game music is a feature planned for early next year.