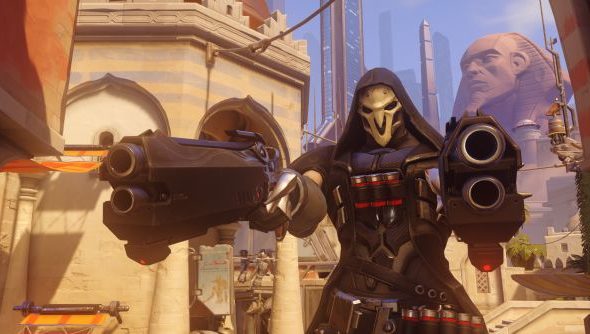 Blizzard’s new game is Overwatch: a six versus six objective multiplayer FPS, and their first new IP in over 17 years. The game looks great – it’s already starting to grow on our Rob – but that didn’t stop the comparisons to one particular game: Team Fortress 2.

Blizzard are confident that there’s enough difference between the two; so much so that Overwatch will have it’s own niche in the market.

“[Team Fortress 2] is one of my favourite games of all time” said Overwatch’s game director, Jeff Kaplan. “But we’re going in a different design direction than they are.”

The comments came in answer to a fan’s question during at Blizzcon.

“If people want to compare Overwatch to Team Fortress 2, we would take that as the world’s greatest compliment,” said Kaplan. “We love that game; it’s probably one of my favourite games of all time. Those guys are geniuses; that guy, Robin Walker, up at Valve – I had the honor of meeting him.

“I think though that as you start to play the game, you realise the differences there are to Team Fortress 2. Sure, there are some similarities in the team-based objectives, but already at this show we have twelve heroes here. Team Fortress 2 does something very different. They have nine roles that can be customised; your Demoman could be suddenly charging you with a sword. But we’re going in a different design direction than they are.” 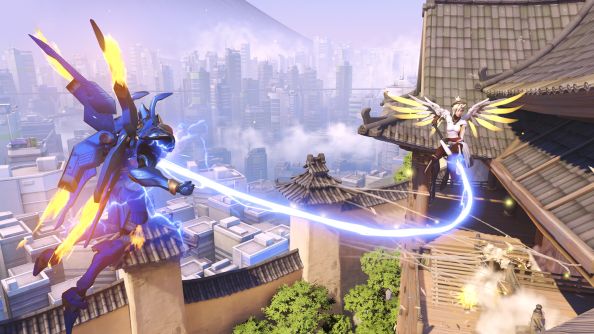 So Overwatch has more classes and a centric design to their heroes, but what else differs between it and Team Fortress 2? “Mobility also is a huge feature in Overwatch.” stated Kaplan. “I think that a lot of us have been conditioned from the shooters that are currently out – and this isn’t a knock to those, because I love them – but Overwatch is about these amazing hero abilities; it’s not about running around and putting people under your crosshair.

“You’ll see someone come from say Call of Duty and Battlefield, and they won’t hit the buttons at all; they’re only shooting their gun. And when you show them ‘hey press shift’ and their hero is suddenly flying, they suddenly realise that this game is very different.”

Kaplan refused to be drawn on whether whether Blizzard had considered taking TF2’s hat based economy. “Sorry guys, you’ll have to keep speculating.”