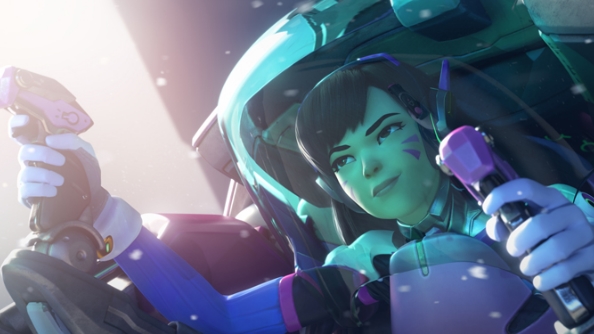 We like a developer that talks to its fans via a lengthy YouTube video rather than simply farming out a bland press release packed full of bullet points. That’s exactly how Blizzard has decided to mark the return of Competitive Play in Overwatch, which has been disabled since early May.

Did Overwatch make our rundown of the best multiplayer games on PC?

And so, sit down, settle back, and prepare for Overwatch’s director Jeff Kaplan talk to camera. On his own. For 11 minutes and 53 seconds. The long and short of it is, Competitive Play is back.

“We are working on a lot of things to update the game to keep it fresh,” begins Kaplan, before going on to add that both new heroes and new maps are on the way. “But, the thing that we’re working on right now and hoping to deliver at the end of June is our Competitive Play update. Competitive Play is an area where players who want to take the game a little more seriously can focus their efforts.

“So, with that in mind, we had tried some versions of Competitive Play in the Beta, and we got a lot of feedback that was super helpful for us,” he continues. “A lot of what we were hearing was that our Competitive Play format was actually not competitive enough for people. They wanted more of a sense of skill and they wanted to know exactly how they ranked against other players, so we really went back to the drawing board.”

Kaplan confirms that Competitive Play will return to Overwatch before the end of June, also going on to clarify that Blizzard is also set to extend seasons in play to better reflect real world seasons in the northern hemisphere, essentially lasting for two and a half months. As such, when Competitive Play returns, the season play will start in is summer, with fall following on after a short break.