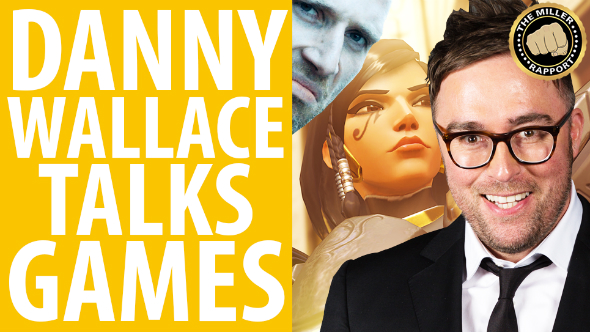 Ever agree to letting someone do something on your behalf and regret the decision the moment they exit the building? That’s the feeling we got when we told Simon ‘eats nerd oesophagus for breakfast’ Miller he could go to the 2017 BAFTA Games Awards and interview comedian and host Danny Wallace – also a self-professed nerd and oesophagus owner. To our surprise and delight, nobody was harmed in the filming of the interview, which you can watch above.

Looking for some great games but don’t fancy paying for the privilege? Check out the best free PC games.

So what did Miller and Wallace discuss? Wallace’s favourite game, his voiceover role in the Assassin’s Creed franchise, PewDiePie, his thoughts on Overwatch, grammar, games journalism, the ME Hotel in London and more. All the while you’ll get to watch Miller struggle to appear menacing and uninterested as he talks to a lovely man whose actual profession is being funny. The tension is palpable in this one.

Of course this all happened because of the 2017 BAFTA Games Awards, which you can glimpse the highlights of here.

As usual you can see more video goodies like this if you subscribe to PCGamesN on YouTube. If you want to support Simon Miller more directly, you can always send him some love via his Patreon Page.