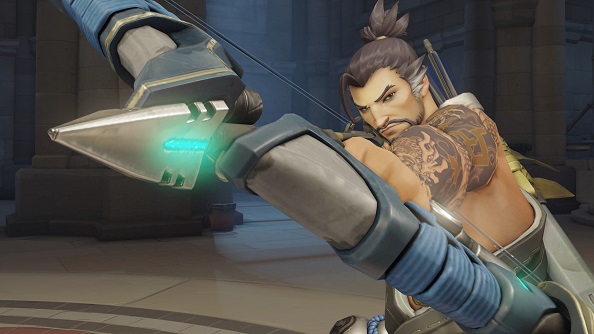 In my school, one kid found a dead crow on the field and he decided it would be funny to pick it up, carry it inside school, plunge a pair of scissors through its chest, and plonk it on the desk of one of our teachers. Someone grassed him up and he was expelled. Still, that’s the sort of thing you’d understand someone getting in trouble for.

Please be nice to each other in our list of the best multiplayer games.

It’s now 2017 and things have changed. Kids are being sent home from school for having funny-coloured hair, and apparently for accusing someone of maining Hanzo in Overwatch.

I mean, it’s a harsh thing to accuse someone of. Might as well call them a scumbag, right? [Winky emoji here]

Anyway, one kid had their pencil stolen by another, and they decided to call him a Hanzo main. This resulted in a hilarious letter from the teacher, which you can see embedded below:

My daughter got in trouble for calling a kid who stole her pencil a Hanzo main. My husband and I have been laughing for half an hour. pic.twitter.com/Y1vDfGZZpA

The replies to this tweet also revealed that Blizzard have a TweetDeck column set up for the term “Hanzo main”. What a time to be alive.