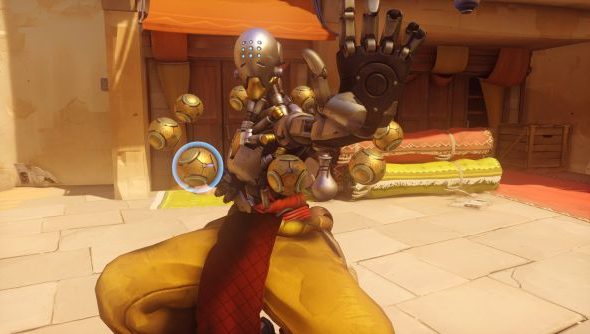 Blizzard have released footage of one of their to be playable characters, taking part in a game of Overwatch. The character in question is Zenyatta, a robotic “omnic monk” support class that wields balls of light to heal friends, or damage enemies.

There’s no release date for either Overwatch or when it plans to hit any sort of public beta. The only slither we’ve seen from it has been at last year’s BlizzCon, and this year’s PAX East. Nevertheless, Rob and Tim seem to have only great things to do about the game, so we’re certainly looking forward to it.