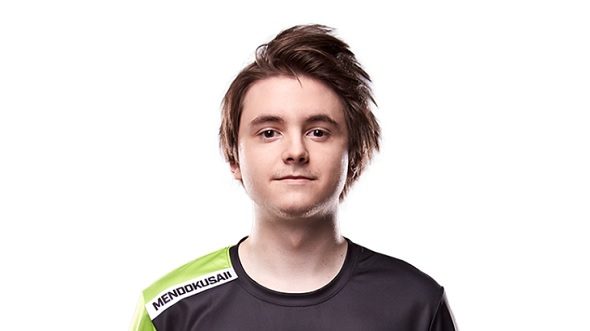 Lucas “Mendokusaii” Håkansson is living out his life’s dream at the age of 19 years old. Every week he gets to take to the stage of Blizzard’s newly converted Burbank Studio in California to compete in the Overwatch League as part of OpTic Gaming’s Houston Outlaws. Once home to The Tonight Show, the freshly crowned Blizzard Arena stands as testament to both the spectacle that esports has become and the sum of $696 million the industry was projected to make in 2017.

During the first week of stage two of the Overwatch league in February this year, Spectators watched the action unfold on the arena’s three giant screens, which wrap around the players on stage like an LED-heated embrace. As the Houston Outlaws began their match against the London Spitfire, the monitors bathe the assembled crowd in the calming, summery tones of Ilios – a map inspired by Greece and the Aegean Sea. Ten minutes later the same screens burst into a vibrant shade of lime green, causing the crowd to roar as the Outlaws take the game against the stage one champions. Another feather for Håkansson’s cap.

New to Blizzard’s latest esport? Here’s everything you need to know about Overwatch League.

Despite his young age, the pro player has already been on a hell of a journey. While growing up in Sweden, he quickly decided that his would be a life of competitive gaming, or bust. He picked up Counter-Strike at the age of four before getting his own Steam account for his sixth birthday – which let him expand his repertoire. As he moved into his teens he began trying his hand at Counter-Strike: Global Offensive and Natural Selection 2. However, school would prove an obstacle for the youngster as he grappled with his faltering mental health and failed classes. But gaming provided a much-needed release for Håkansson, and he was further inspired to try his hand at streaming after watching popular streamer Byron “Reckful” Bernstein. 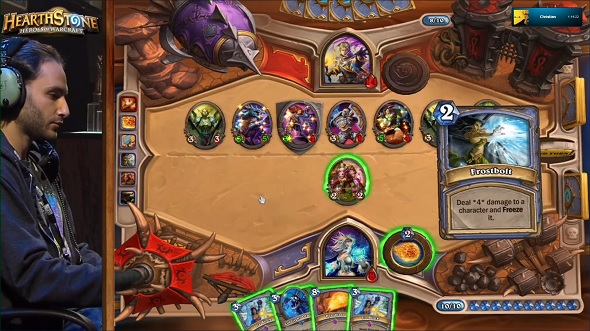 “I got into streaming [entirely thanks to] Reckful, actually.” Håkansson tells us. “Dealing with depression and anxiety when I was young, I watched a ton of Reckful, who at the time was extremely open about his emotions and his opinions. This really helped me get out of my shell to actually pursue something I wanted in life. For me, that was competing in games, and I started doing that by playing Counter-Strike competitively, and streaming each step of the way. That didn’t quite work out, and I decided to focus 110% on Overwatch as soon as it was announced, with the intention of building a stream and going pro.”

The earlier period of Håkansson’s competitive Overwatch career proved to be shaky. Despite going on a run of nine competitions undefeated in the space of a month with team IDDQD, the team that became the Dallas Fuel of the Overwatch League, he ended up leaving as both parties agreed it was the best option. Other highpoints saw him join Rouge’s predecessor MyDong and FaZe Clan before joining the London Spitfire’s predecessor Cloud9. While he had established himself as one of the early scene’s most talented and flexible players, Håkansson struggled to remain at any team for a prolonged period.

While finding the ideal team was difficult, Håkansson’s livestream would remain a consistent outlet for the Swede as it continued to grow. It is easy to become disarmed if you ever tune in as you are greeted by an abundance of references to anime, along with a video clip of his father dabbing to alert him that someone has subscribed, increasing his income. While the stream is fun, there is also the sense of a deeper bond between Håkansson and his viewers as he picks up conversations that were left at another point in time, discussing topics such as mental health with complete openness.

“I think the bond is there because of how I choose to run my stream, I’m very open with my viewers about my emotions and opinions, exactly like Reckful was when I watched back then,” Håkansson explains. “But I also try to connect with my viewers by talking to them, not only on stream, but also of the stream and behind the scenes, finding out more about who they are, what kind of people, how their situation in life is. Actually getting to know the people in my fanbase really helped me understand what kind of people I have that enjoy watching my stream and enjoy me as a person.”

The teen on those streams closely matches the one we see at live tournaments. Before one of Cloud9’s matches at OGN’s Apex series in Korea in 2016, Håkansson led his team with a 1-2 dab move before the game. While he is currently out of action due to problems with his wisdom teeth, larger-than-life celebrations are prevalent in the Overwatch league right now and we wonder if he has anything similar planned for his return. “You know, I actually asked my teammates to do this, and every single one of them said no,” Håkansson recalls, remembering the routine. “I couldn’t even argue or try to defend the dab; they just said no.”

Unfortunately, 2017 started off in a way that by then was all too familiar for Håkansson, as he found himself stepping down from Cloud9’s active playing roster. The announcement of the Overwatch League the November before also led to an uncomfortable transition from the game’s current competitive state to that of the Overwatch League – tournaments became fewer with ESL, DreamHack and even Activision Blizzard’s MLG dropped support, which led to some major esports organisations dropping their teams. With only 12 teams announced for the opening season of the league, along with the disappearance of other major squads like Rouge, Fnatic, and Team Dignitas, Håkansson found himself in the same sink or swim situation he was in as a child. 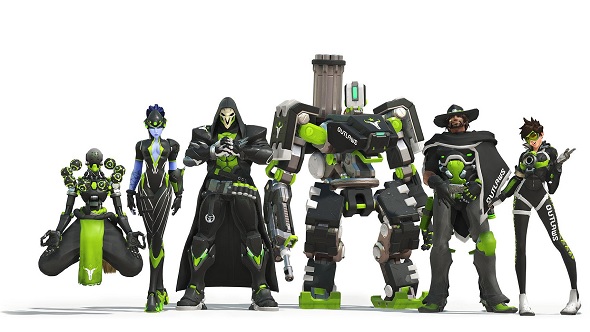 “It was scary, for sure. Not knowing about your future, not knowing if your countless hours of grinding and dedication will actually pay off,” Håkansson says. “It was a scary time but also an exciting time, I grinded like never before and just played hour in hour out, back to the old 16-hour schedules of gaming I had back in closed beta.”

Practicing within the game also proved difficult as Jeff Kaplan and his Overwatch team publicly tackled criticisms of the game’s matchmaking system, which had a knock-on effect. As many pros tend to occupy the Top 500 of the competitive ladder, many of them had issues with the reveal trailer for the Overwatch League, which advertised the ranked feature as an achievable goal for any player with ambitions of getting noticed and going pro. “I think the current state of ranked is just getting worse and worse with every patch; major changes have to be made for it actually to be competitive, one tricks, sub-par matchmaking, trolls, throwers etc.,” Håkansson says. “There are just so many things that hinder the potential quality of a game, and it’s very depressing at times.”

“I think the current state of ranked is just getting worse and worse with every patch; major changes have to be made for it actually to be competitive, one tricks, sub-par matchmaking, trolls, throwers etc,” Håkansson says. “There are just so many things that hinder the potential quality of a game, and it’s very depressing at times.”

The issue of “one tricks” is particularly divisive within the game’s competitive community. On the one side, many argue it goes against the nature of the game as Overwatch is based on countering the enemy teams set up, but the other side says that punishment for playing a singular hero would be a harsh way of dictating the way someone plays a game they paid for. In Håkansson’s view, the game’s problems stem from motivation to play. “I think it just needs a rework, maybe longer seasons, moving gold skins away from ranked and into the arcade, so the only people who play ranked will be the people who play to win,” Håkansson says. “There won’t be anyone who plays ranked just to get a golden skin. Giving the players more incentive to play to reach higher ranks than Top 500, like rewarding rank one with a cool, unique skin or player icon.”

The lengthy schedule of grinding didn’t go to waste as Håkansson characteristically pulled through. On October 31, 2017, Optic Gaming revealed the line-up for their Overwatch team, the Houston Outlaws, with Håkansson’s name on the list. “I felt amazing, of course,” Håkansson tells us. “Teammates I love and get along with, great players, good friends, and of course, the coolest brand and colour scheme in all of Overwatch League.”

Going forward, Håkansson is optimistic that the League will continue to grow and that the game will find some harmony to the player’s feedback. “I think the future of Overwatch is very bright, I was very vocal about a lot of flaws in the game just to have almost every single one of them adjusted, if not completely fixed,” Håkansson says. “There are so many good changes, and so many good things to come. I’m extremely excited for the growth of Overwatch as well as Overwatch League.”