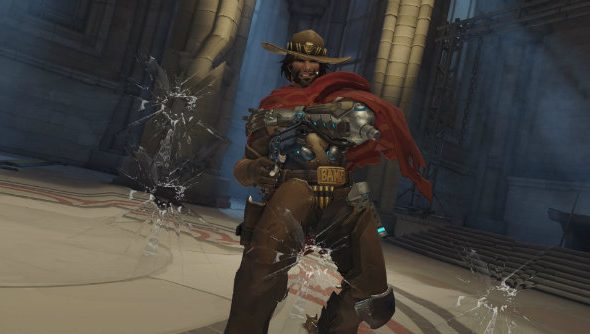 After being teased this week by Kaplan, Overwatch’s first balance changes are now being implemented in the game. The patch is apparently live in the Taiwan region, so the patch notes are also only posted there, but kind Redditors have done translation on them.

You can see the original version here, but the translated version is below, via Reddit user Summon528:

Pop over to the thread to give them a thanks. The patch probably isn’t available in western regions yet, but we’ll update when it is, as well as the full English patch notes which will include explanation as to the changes. For now, know that the game’s most-complained-about characters have been nerfed. Hooray!

Update Jun 13, 2016: Jeff Kaplan has put an ETA on the nerfs to McCree and Widowmaker discussed on the Overwatch forums throughout the last week – it’s happening within the next seven days.

“We have some balance changes coming for McCree and Widowmaker” says Kaplan. “As soon as they clear testing, the changes will go live.”

In another post within that same hour, Kaplan elaborates:

“We haven’t patched content or balance because we are trying to have a stable launch window, with as few variables as possible.

With that said, new content is coming at the end of June — Competitive Play mode. We should also have a minor balance patch (hopefully) this week.

As those who were in the beta can attest to, we patched quite frequently and liberally during beta. Now that the game is live, we want to be careful to not overly disrupt the game balance too frequently.

In general, you can expect content patches, balance patches and minor bug fix patches to happen regularly now that we’re clearing the launch window. But don’t expect balance to change each week… we don’t feel like that would be healthy for the game.”

Update Jun 9, 2016: In further nerf news, the team is now taking a tentative look at Widowmaker,Jeff Kaplan has revealedon the Overwatch forums.

“Widowmaker is on our radar,” Kaplan said in response to questions about Widowmaker’s damage. “We are discussing her. We have some internal experiments going to see if we can keep her viable while lowering the frustration threshold a little bit. Right now, this is just exploration. If something more comes of it, we’ll let you know.”

The frustration comes from Widow’s uncanny ability to remove any squishy heroes from the game with a fully-charged bodyshot. Her full-auto SMG at close range has also raised some concern, though mostly the high skill ceiling combined with already massive damage is what’s causing player issues.

Update Jun 7 2016:Jeff Kaplan has confirmed in an interview with Eurogamer that McCree nerfs are coming to Overwatch soon.

We heard from Geoff Goodman last week about how McCree and D.Va were the current balance targets for Blizzard. Now, in an interview with Eurogamer, Jeff Kaplan has explained exactly how they’ll be nerfing the gunslinger, their current thoughts on D.Va and which will happen first.

McCree’s Fan The Hammer nerf has already been playtested internally and should be coming up soon, said Kaplan.

“McCree is pretty straightforward. What we’re looking at right now is his fan the hammer damage. We’re going to reduce it. The goal there is to make it so that McCree can still use his combo that we love, which is the flashbang and fan the hammer on somebody like Tracer. McCree should absolutely kill that Tracer,” he explains. “What we’re not crazy about, right now, is the way in which McCree can absolutely shred tanks. We want to bring the fan the hammer damage down, so he’s still killing the squishies and the medium strength heroes, but he’s less effective against the tanks. If he times everything perfectly and gets every single shot off, he’s got a shot against a tank, but it’s not the instant ‘I win’ button that it is right now.”

He also said that it “feels good” and, despite the nerfs, McCree’s still a valuable addition to a team. These changes should be coming soon, because he “is causing a lot of concern in the community and we want to make sure they know we’re responsive.”

On the flip side, D.Va’s changes are a little harder to pin down. Kaplan and the team aren’t sure if they want to target damage, survivability, mobility or something else. They don’t want to buff it all at once because it’s a recipe for problems, so they’re still exploring, as he put it.

“Obviously her damage has come into question from a lot of people,” he says. “You have to be really close to do effective damage with D.Va and we might look at that. We might also look at her survivability. A lot of time, D.Va can get herself into situations where she’s a tank and it feels like she should be there, but then she gets knocked out of that mech so quickly.”

It wasn’t mentioned if other heroes are also possibly getting a pass, but these are far from the only heroes in need of a tweak. It sounds like a small patch will be issued before too long with the McCree change, which seems finalised now, while a larger balance pass – that D.Va is a part of – will come later. We will, of course, keep you updated.

Original story Jun 1, 2016:Overwatch has had a full week outside now, so it’s time Blizzard brought its latest child in for some rest, relaxation and brutal balance tweaks. Posting on the Battle.net forums, lead hero designer Geoff Goodman has revealed that McCree and D.Va are top of the pile for potential changes. McCree and his hundred-to-nothing engine in Fan the Hammer will be going down, while D.Va needs moved up – though Goodman isn’t sure how yet.

First, speaking on McCree, Goodman said that “McCree’s flashbang plays an important role in being a strong option against very fast/agile teams (tracers/genjis/etc). It is also a nice tool to prevent close range devastating abilities and ultimates such as Reaper’s Death Blossom.

“That said, it’s probably a bit too good at dealing damage to higher health targets such as Tanks and barriers. I don’t have any concrete changes yet, but I’m going to be testing some things internally to see how he plays.” 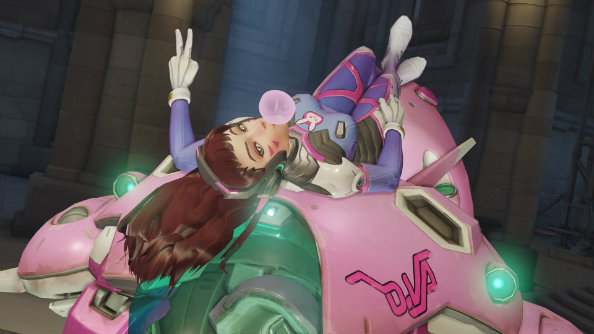 Here he’s referring to the fatal combo of stunning people, right clicking to unleash six shots, then rolling to reload and right-clicking again as he clarified later in the thread. This, combined with decent aiming skill in more neutral positions makes him very difficult to take out and a deadly threat – counterable, and requiring a certain amount of practice, but, at least in Blizzard’s eyes and those of a mass community outcry, unfair. Fan The Hammer is what will be getting the nerf grenade, at least that’s the current plan.

Meanwhile, Goodman popped up in another thread discussing tank damage levels – particularly those of Korean StarCraft princess D.Va. In it, he explains that “D.Va’s damage is definitely on the lower side, much like Winstons. They are this way for a similar reason: They are both very mobile and hard to kill. Every character in the game has strengths and weaknesses, its part of what makes the teamplay work well.

“That said, I do think the is some room for some D.Va improvements, but these are unlikely to take the shape of increasing her damage output significantly.” 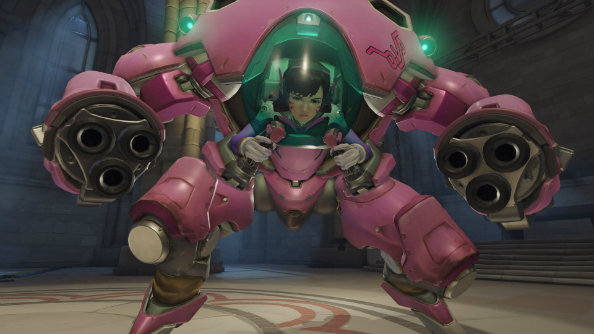 In a further post, he made the point that she is designed as a skirmisher, and having her at higher damage – like when she was first implemented – made her seriously difficult to deal with. I can attest that the version I played at Blizzcon 2015 certainly took down healers and flankers at an alarming rate. The intention would be to improve her movement capabilities in some way, rather than making her harder to take down in a direct firefight or buffing her damage. As he puts it, they don’t want a “beefy flying assassin” they’re after a “viable aggressive initiation tank” ala Winston.

More changes are likely to come, and Jeff Kaplan’s been posting on the topic of more minor features today as well. No mention of Zenyatta here surprises me, but clearly Goodman was replying to threads he saw, rather than making direct announcement – doubtless the game’s worst hero is about ready to go into the shop too. Exactly when all these changes will arrive isn’t clear, though a patch is scheduled for the end of June to bring back Overwatch competitive play.