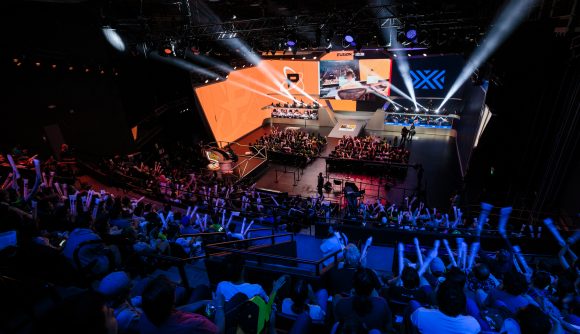 One devious Redditor claims to have unearthed the names and logos of five Overwatch League teams, set to join for Season 2.

According to the leak, the names of the new teams are Hangzhou Spark, Washington Justice, Paris Eternal, Guangzhou Charge and Chengdu Hunters. This only leaves the Vancouver team, who’s branding has yet to be revealed (or leaked).

The poster, who goes by the name of BetterFixThat, claims to have discovered the teams by guessing their names and searching them in the official Overwatch League app’s API. While Atlanta Reign’s name and branding were previously revealed via a leak from the app, we’re still taking this post with a Roadhog-sized helping of salt.

Lending some credibility to the Reddit leak is the set of team logos (viewable here) that were allegedly discovered in the app. While these logos could have easily been faked, they would fit the bill of what we have come to expect from OWL team crests.

If the leak turns out to be bogus, it wouldn’t be the first time fans have suckered the OWL community with fake team branding. Just two weeks ago, an admittedly convincing mock-up of ‘Toronto Venom’ team branding started doing the rounds, complete with a fake logo and skins for Reaper and Sombra.

If the leak is real, then we can expect to see some official announcements in the coming weeks and days. Roster fever is already in full swing, as several teams have already announced their 2019 line-ups.

One such team is the Paris franchise. Last week, another Redditor discovered it’s owners DM Esports have applied for a trademark for the name Paris Eternal with the United States Patent and Trademark Office (USPTO), so it seems fairly likely that this name at least is legitimate.

These new teams will join Atlanta Reign and Toronto Defiant when the second season kicks off in February 2019.