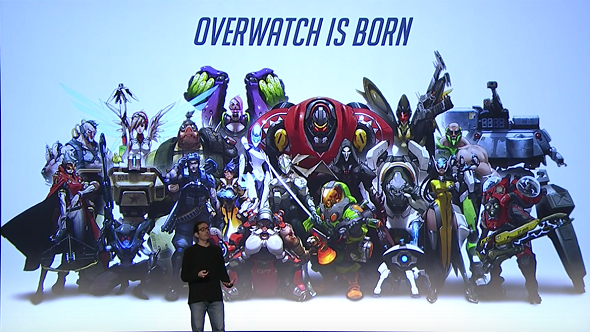 Orisa’s recent reveal in Overwatch left some fans cold, since it wasn’t the big, flashy reveal we got for Sombra. People love Blizzard’s Overwatch animated shorts, is the problem. They want more.

Some people have taken Orisa’s lower-budget origin story as a sign that the shorts are done, which is a bit of a leap, but here we are. Lead writer Michael Chu took to the forums to stop people hurting themselves.

“We have a lot in the works, with Orisa and her story being the first release of the year,” he said. “One of our goals for 2017 is to try to have more frequent story-related updates and content, so we’re very busy with that.

“And a little something else is coming just around the corner, so look out for it!”

Interestingly, one 4Chan poster back in January predicted a bunch of stuff that’s come to pass, claiming to have eyes on Blizzard’s incubatory teams. They predicted Lunar New Year, as well as a specific Mei skin. But more interestingly, they also predicted Orisa.

“Contrary to speculation, Doomfist is not up next,” they wrote. “The upcoming character is a female omnic quadraped codenamed Anchora. In order to balance out the tank roster, the game needs another tank that acts as an anchor, like Reinhardt. Shit name, I know.

“Anchora hails from Numbani, and has a West African accent.”

Everything about that, other than the name, is spot on. Perhaps Blizzard wasn’t a fan of the first name they came up with either.

One of the other things the poster predicted hasn’t yet come to light. It’s a Mei origin story: apparently the next animated short. The story details are at that link up there, but they are potentially spoilers so I won’t copy them here.