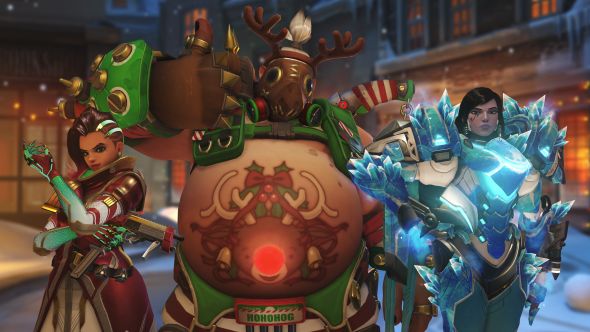 SuperData, a market intelligence company covering the games industry have released their 2016 Year in Review report. The report reveals that Blizzard’s Overwatch earned more than twice as much as Counter-Strike: Global Offensive, emphatically claiming the top spot of highest-earning premium PC titles. In the free-to-play space, however, League of Legends earns Riot about $150m every single month.

Almost all of the highest-earning games these days are multiplayer. Here are some of the best multiplayer games on PC.

Overwatch, despite launching five full months into the year at the end of May, made $585.6m from January to November 2016. Valve’s multiplayer shooter CS:GO made $257.2m in the same period. Guild Wars 2, Minecraft and Fallout 4 round out the top five, with Guild Wars 2 raking in $91m – meagre by comparison to the top two. Of course, it’s worth pointing out that none of these launched in 2016.

Overwatch’s haul is worth over 10% of all revenues generated by the premium (that is, not free-to-play) PC sector, which totaled $5.4bn as a whole. SuperData project that this will shrink very slightly next year, possibly reflecting widespread pessimism about the state of triple-A, before growing more strongly throughout 2018 and 2019.

If you include free-to-play, social and subscription-based models, PC gaming as a whole earned a whopping $35.8bn, way ahead of console on $6.6bn, but a little behind mobile, which earned $40.6bn and is projected to grow sharply.