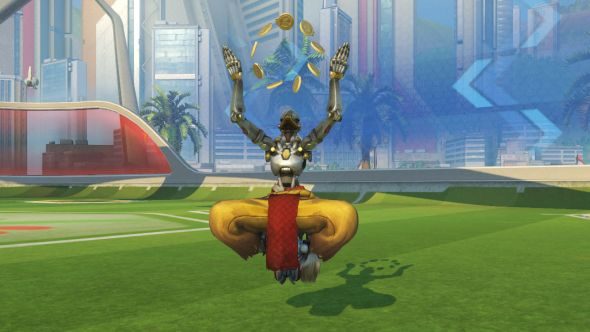 Update 19:00 BST: Blizzard have confirmed they are rolling out High Bandwidth game servers globally for Overwatch on PC, upgrading Quick Play and Competitive games to 63-tick updates by default.

A forum post from community manager Stephanie ‘Lylirra’ Johnson announced that the roll out could take ‘a few weeks’ to arrive in all regions, but that the much called for high-tick servers will be coming.

“When we implemented the “High Bandwidth” option to Custom Games back in beta, we also noted that—if the feature performed well and players responded positively to it—we would investigate adding it to other games modes,” Johnson said. “We’re holding to that promise and are currently in the process of rolling out high bandwidth support globally for PC.”

For everything in the future of Overwatch, check our dedicated post.

The team is also aware that some players may not be capable of taking advantage, or even supporting the increased update rate due to variables in individual internet connections.

“Since we know that not all internet connections are equal, we’ve also added in tech that will automatically and adaptively scale down your update rate if we find your connection can’t keep up,” Johnson said. “Similarly, because high bandwidth servers (as the name suggests) will increase your bandwidth consumption, we’re also looking to add an option to self-limit your update rate in a future patch.”

Original story: The Overwatch team’s most frequent forum posters, game director Jeff Kaplan and balance-man Geoff Goodman, have been at it again, with tantalising hints of what’s to come. Not only did we hear word of Zenyatta nerfs, Mei buffs and Mercy buffs but timelines on more information about Season 2 of competitive and plans for new features. Also, according to posts on Reddit and our own tests in game, an improved tick rate has finally been rolled out to all servers, making what you see more accurately represent the gamestate.

We’ll start on what seems to be live now – 60 tick rate servers. This post on Reddit spotted that things seemed to have changed in the last few hours. The specifics are a little over my head, but the replies to this comment show how to test it for yourself using the netgraph. We had a look in training mode and a quick play match just now and it holds true there, plus another poster confirmed it on a number of Twitch streams.

Why exactly Blizzard haven’t made a little fanfare of it themselves is anyone’s guess, and it could just be initial widespread testing to check it works before making it an advertised feature. You can see our netgraph below (note the 60+ packets per second in and out), and we’ll likely hear more in the next week. 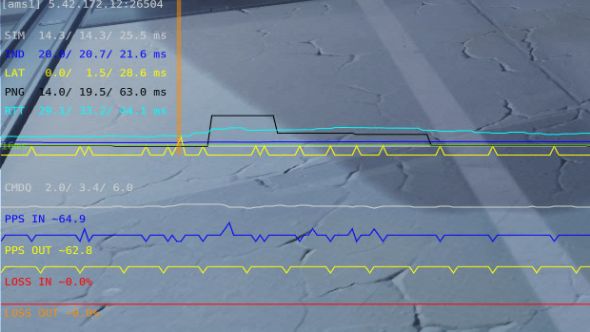 Balance change wise, the recent changes to Zenyatta have prompted him to be a little on the strong side. In a post in reply to a thread asking not to nerf him, Geoff Goodman says that “anecdotal feedback, internal stats, and competitive feedback” all point to him being tuned a bit high. The fix? “At this point we’re looking likely to reduce some of his power in an upcoming patch, probably related to his Discord Orb.”

Mercy’s proving a little more difficult. There was an attempt at a buff in the last balance patch, improving her damage boost, but it proved to be “degenerate” in a few too many cases. Goodman’s still working on it.

“There are some other ideas, and many more things we’ve been trying on and off that you guys never get to see. At one point (a couple of months ago) she had a new E ability that put a slow heal over time effect on everyone around you, that meant you could use it to toss onto people that needed topping off without having to swap beam targets as often. That particular design ended up having some issues, but just so you know we are iterating on her internally.”

This sounds pretty similar to both S:76’s healing-boost device and Lúcio’s own auras, hence why it might not have made it. Goodman goes on to say that a new ability might not be the answer. “She already has a lot to do and think about when you’re in the thick of combat. You’re constantly deciding which beam to use, where to be positioned to stay safe and still help your team, and her Guardian Angel ability has almost no cooldown so its always on your mind as a re-positioning option.

“If she were to get a new ability it would ideally have to be something that she could use more ‘outside of combat’ or something that is generally used much more rarely.” 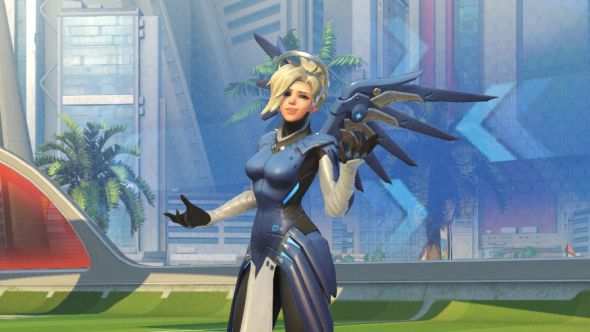 He doesn’t flat out confirm that Mercy is getting buffed, but it’s rare this amount of work will go into a character without some change coming out of it. It’s possible other moves will be made that rebalances the meta and brings her into a stronger place.

Speaking of which, the last character commented on by Goodman was Mei. He says he doesn’t think she is “super far off” being competitively viable, but thinks her ultimate ability could be where improvements are needed. Currently on the testing block is “allowing the ultimate projectile she throws to pierce barriers (such as Reinhardt’s shield), and increasing the radius a bit on it.”

As for Kaplan, he says“lots of information coming next week” on Season 2 of competitive – that’s right in the middle of Blizzard’s big Gamescom blowout, news-fans. At a guess, that’s also when they intend to confirm 60 tick servers for everyone after this week’s tests. He also opens up a little bit about some much-requested features – replays and spectator only mode.

“Both have been on our schedule for some time but have gotten bumped for different reasons. The same people who would work on those features ended up being re-prioritized to working on high bandwidth server technology, Season 2 competitive mode changes and matchmaking improvements. We also have another feature request in front of the replay system — the ability to save highlights. Some of the work here is a step towards replays (another top requested feature) so it makes sense for this to come first when the time comes.”